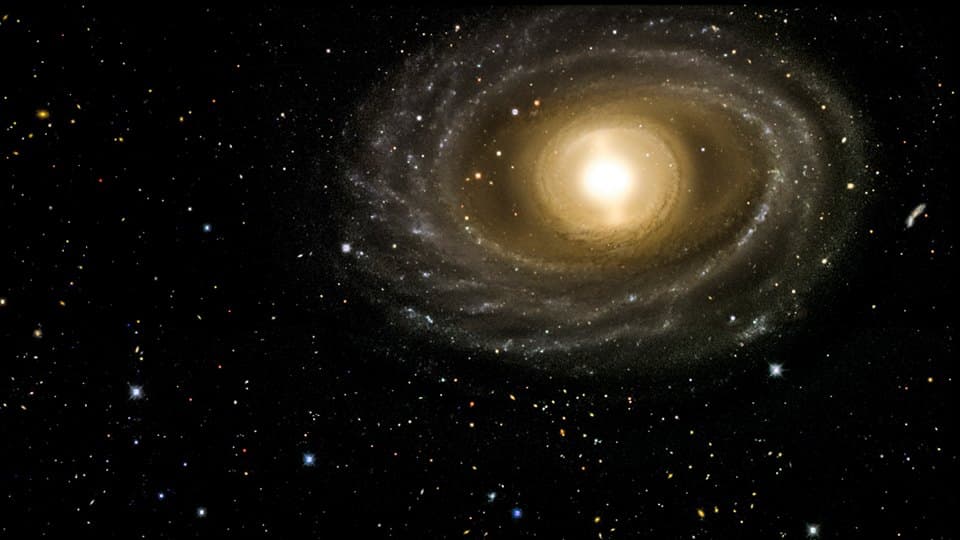 In September 2013, a team of researchers launched one of the most ambitious mapping projects modern cosmology has ever seen. The Dark Energy Survey (DES), housing the world's most powerful digital camera, is tasked with creating an extremely accurate map of the universe's southern hemisphere. It's five year mission, to map one-eighth of the sky (a total of 5000 square degrees), to seek out dark matter and dark matter's nature, and to boldly see what no probe has seen before.

At the end of the survey, scientists hope to understand some of the fundamental aspects of dark energy; allowing them to answer questions like "why in the universe's expansion speeding up instead of slowing down." James Siegrist, associate director for High Energy Physics at the U.S. Department of Energy’s Office of Science and director of the DES project, stated, "The Dark Energy Survey will explore some of the most important questions about our existence. In five years’ time, we will be far closer to the answers, and far richer in our knowledge of the universe. It’s an exciting time in cosmology, when we can use observations of the distant universe to tell us about the fundamental nature of matter, energy, space and time."

The secret to the DES's success is it's 570-megapixel camera and it's five lenses, which were polished to perfection and mounted to the 4-meter telescope located in the Andes Mountains in Chile at the Cerro Tololo Inter-American Observatory. When these tools are combined, you end up with a piece of equipment that can see 8-billion light years into the early(ish) universe, capturing more than 100,000 galaxies in each image.

If all goes according to plan, DES will reveal important details about the nature of dark matter, the driving force behind the universe's expansion. The survey is expected to capture images of 300-million galaxies, 100,000 galaxy clusters, and in an upwards of 4,000 supernova that occurred more than 8-billion years ago when the universe was much smaller. By measuring the differences between galaxy clusters seen in the early universe and comparing them to the much more modern clusters we see today, studying the ancient light from supernovae that have long passed, analyzing gravitational lensing, and generally mapping the distribution of galaxies in the early universe, the survey will help scientists to probe the nature of dark matter in an attempt to better understand this mysterious force.