It's the fourth largest satellite orbiting the Milky Way. And we only just found it. 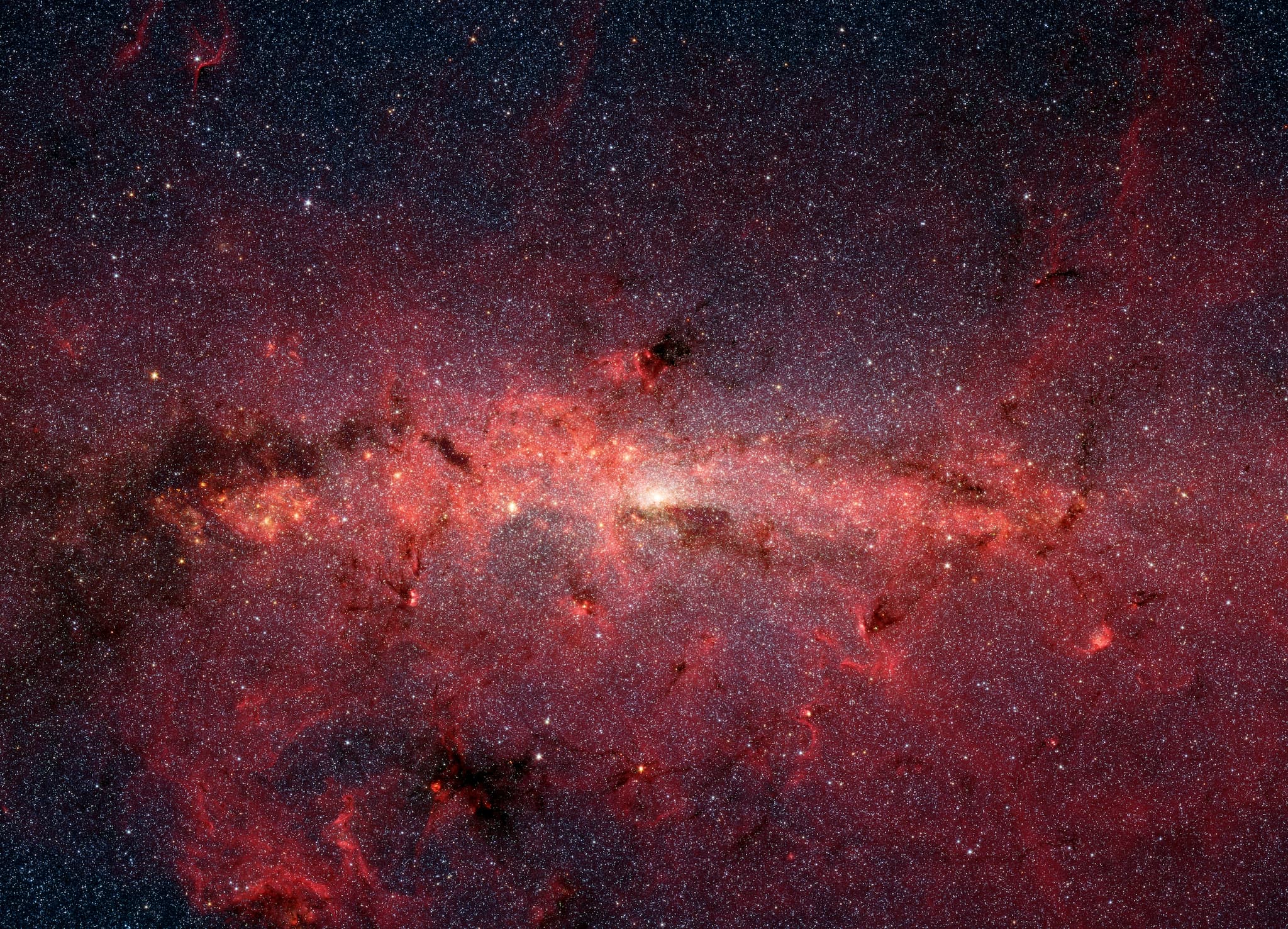 The Universe is a big place. We are constantly seeing new and previously unknown things as we look deeper and deeper into the cosmos. To that end, we've developed powerful tools to help us see into the many secrets of the Universe...we can see into distant galaxies and scan for possible worlds that harbor life.

Which is exactly why it's embarrassing when we realize that we don't see things that are pretty close to our galaxy. It's like seeing your own backyard for the first time.

Astronomers were recently surprised to see a never-before-seen dwarf galaxy orbiting our own. Dubbed "Crater 2," the galaxy is the fourth largest satellite of the Milky Way, behind Sagittarius and the Large and Small Magellanic Clouds.

Crater 2 is 380,000 light-years away in the constellation Crater (hence, the name), and it was only detected because of a computer that was looking for over-densities of stars in data from images taken by a telescope in Chile.

The precise reason that Crater 2 has eluded human observation is simple enough: It's a pretty dark galaxy. In fact, it is one of the lowest surface brightness dwarfs ever seen. This is because the stars in the galaxy are stretched out, making the combined light pretty faint.

Also, Crater 2 has lived a pretty quiet life, not having approached any large galaxy. This can be said because it has a round shape, and contact with larger galactic bodies usually bend dwarfs out of shape.

Scientists say that Crater 2 may belong to a small group of satellites, which include the Leo dwarf galaxies and the Crater globular star cluster...that may be merging with the Milky Way galaxy.

The findings were published in the Monthly Notices of the Royal Astronomical Society.

Read This Next
Futurism
New Research Shows How Stars Turn to Gold
Futurism
We Just Found Evidence of the Second Largest Black Hole in our Galaxy
Futurism
Most Other Earth-Like Planets Haven't Been Born Yet
More on Off World
Final Selection
5:16 PM on the byte
NASA Finalizing Secretive Decision on First Astronauts for the Artemis Moon Mission
Hall Effect
Yesterday on futurism
Test Suggests Ion Thrusters Could Power Crewed Interplanetary Missions
CHON: Legacy
Yesterday on the byte
James Webb Discovers Coldest Ice in Known Universe, Harboring Molecules Essential For Life
READ MORE STORIES ABOUT / Off World
Keep up.
Subscribe to our daily newsletter to keep in touch with the subjects shaping our future.
+Social+Newsletter
TopicsAbout UsContact Us
Copyright ©, Camden Media Inc All Rights Reserved. See our User Agreement, Privacy Policy and Data Use Policy. The material on this site may not be reproduced, distributed, transmitted, cached or otherwise used, except with prior written permission of Futurism. Articles may contain affiliate links which enable us to share in the revenue of any purchases made.
Fonts by Typekit and Monotype.