Facebook is going all in on a new kind of computing. 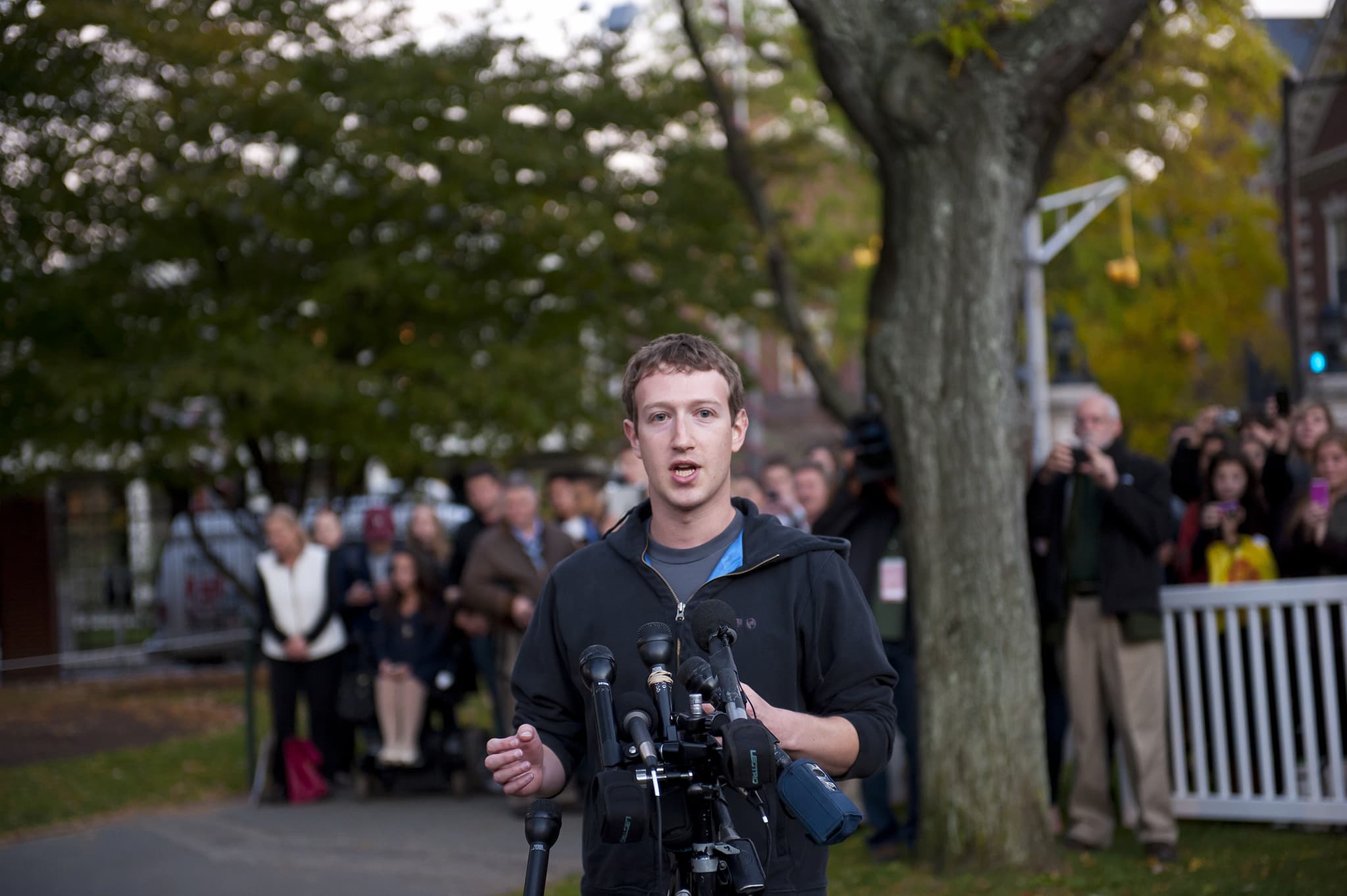 It's no secret Mark Zuckerberg is pinning Facebook's prospects on augmented reality — technology that overlays digital imagery onto the real world, like Snapchat's signature camera filters.

At this year's F8 conference, taking place this week, Zuckerberg doubled down on the company's ambitious 10-year master plan, which was first revealed in 2016. According to this timeline, Facebook expects to turn artificial intelligence, ubiquitous internet connectivity, and virtual and augmented reality into viable parts of its business over the next decade.

To accelerate the rise of augmented reality, a big part of the plan, Zuckerberg unveiled the Camera Effects platform — basically a set of tools for outside developers to build augmented-reality apps that you can access from the existing Facebook app's camera. That would theoretically open the door for Facebook to host the next phenomenon like "Pokémon Go."

While this announcement seems pretty innocuous, make no mistake — Facebook is once againputting itself into direct competition with Google and Apple, trying to create yet another parallel universe of apps and tools that don't rely on the smartphones' marketplaces. As The New York Times notes, Zuckerberg has long been disappointed that Facebook never built a credible smartphone operating system of its own.

This time, though, Facebook is also declaring war on pretty much everyone else in the tech industry, too. While it'll take at least a decade to fully play out, the stuff Facebook is talking about today is just one more milestone on the slow march toward the death of the smartphoneand the rise of even weirder and wilder futures.

Zuckerberg tipped his hand, just a bit, during Tuesday's Facebook F8 keynote. During a demo of the company's vision for augmented reality — in the form of a pair of easy-to-wear, standard-looking glasses — he showed how you could have a virtual "screen" in your living room, bigger than your biggest TV.

"We don't need a physical TV. We can buy a $1 app 'TV' and put it on the wall and watch it," Zuckerberg told USA Today ahead of his keynote. "It's actually pretty amazing when you think about how much of the physical stuff we have doesn't need to be physical."

That makes sense, assuming you're into the idea of wearing a computer on your face (and you're OK with Facebook intermediating everything you see and hear, glitches and all).

But it's not just TVs. This philosophy could extend to smartphones, smartwatches, tablets, fitness trackers, or anything else that has a screen or relies on one to work. Zuckerberg even showed off a street art installation that's just a blank wall until you wave the Facebook camera app over it to reveal a mural.

For Microsoft, which has already dipped its toe in this area with its HoloLens holographic goggles, this is a foregone conclusion. HoloLens boss Alex Kipman recently called the demise of the smartphone the "natural conclusion" of augmented reality and its associated technologies.

The problem, naturally, is that a huge chunk of the world's economy hinges on the production of phones, TVs, tablets, and all those other things that Facebook thinks could be replaced with this technology.

Even Zuckerberg acknowledges it's a long road ahead. That said, this Camera Effects platform, should it succeed in attracting a bunch of users, could go down as a savvy move. The apps that are built for the Facebook Camera today could wind up as the first versions of the apps you'd use with those glasses.

In the short term, Facebook's play for augmented reality is going to look a lot like competing with Snapchat — and in a meaningful way, it is. Facebook needs developer and user love, so it needs to keep offering fun and funny tools to keep people from moving away from using its apps.

In the long term, though, this is Facebook versus everybody else to usher in an age of a new kind of computing — and pretty much every tech company out there will get caught in the crossfire, as Apple, Google, Microsoft, and more rush out their responses to this extremely existential, but still meaningful, threat.

Read This Next
Futurism
Terrorists Are Using Social Media for Recruitment. Here's How We Can Stop Them.
More on Op-Ed
SPONSORED CONTENT
9. 30. 21 on futurism
Buy Delta 8 THC Online: Top D8 Companies of 2021
SPONSORED CONTENT
9. 27. 21 on futurism
Delta 8 Carts Near Me: Top 15 Brands to Buy From
Mirror, Mirror
5. 16. 21 on the byte
Watch the James Webb Space Telescope Open Its Massive, Golden Mirrors
READ MORE STORIES ABOUT / Op-Ed
Keep up.
Subscribe to our daily newsletter to keep in touch with the subjects shaping our future.
+Social+Newsletter
TopicsAbout UsContact Us
Copyright ©, Camden Media Inc All Rights Reserved. See our User Agreement, Privacy Policy and Data Use Policy. The material on this site may not be reproduced, distributed, transmitted, cached or otherwise used, except with prior written permission of Futurism. Articles may contain affiliate links which enable us to share in the revenue of any purchases made.
Fonts by Typekit and Monotype.