Artificial Intelligence Could Be The Key To Longevity [Affiliate]

The future of health is on the horizon. 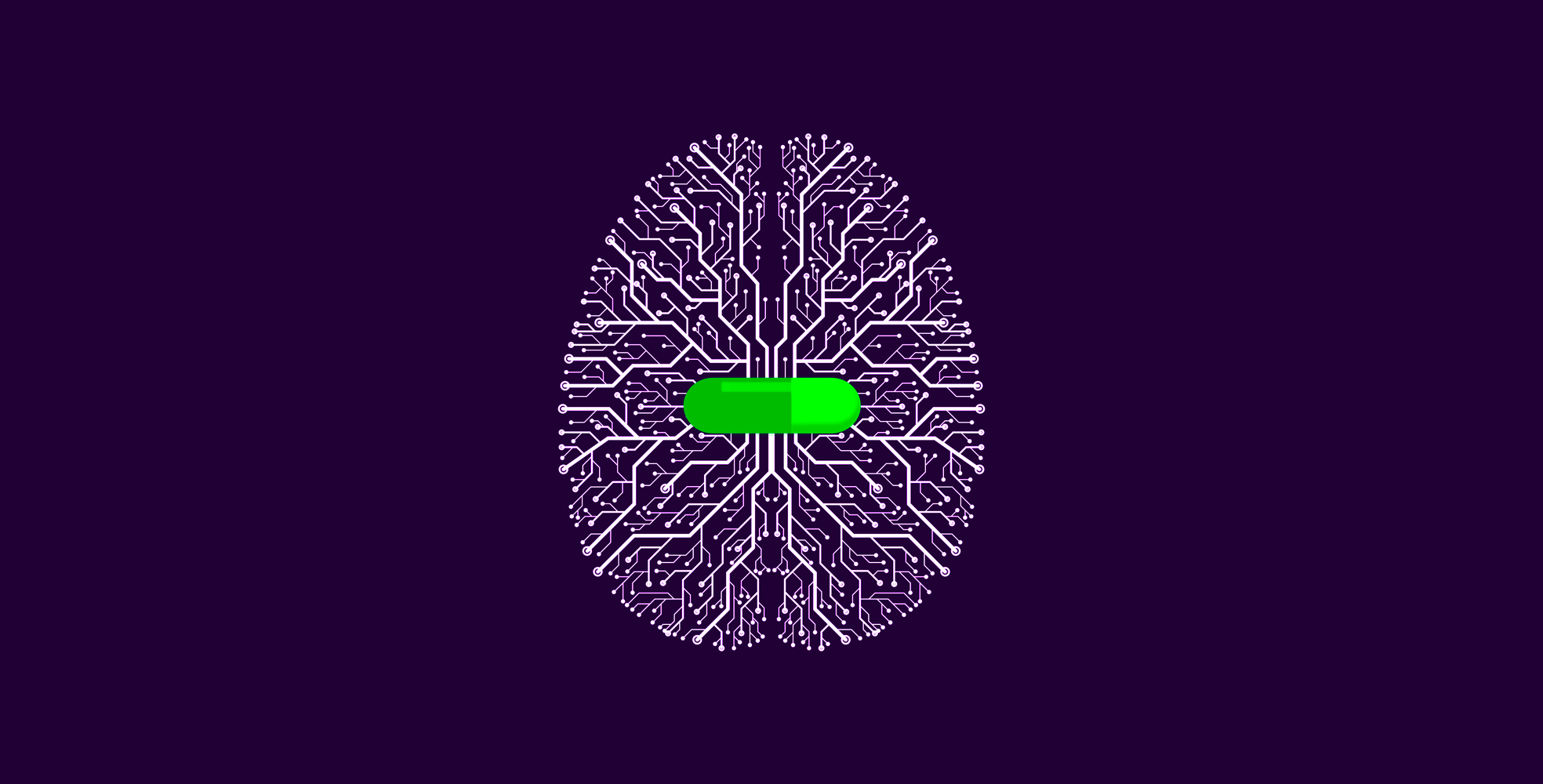 What if we could generate novel molecules to target any disease, overnight, ready for clinical trials? Imagine leveraging machine learning to accomplish with 50 people what the pharmaceutical industry can barely do with an army of 5,000. It’s a multibillion-dollar opportunity that can help billions.

The worldwide pharmaceutical market, one of the slowest monolithic industries to adapt, surpassed $1.1 trillion in 2016. In 2018, the top 10 pharmaceutical companies alone are projected to generate over $355 billion in revenue. At the same time, it currently costs more than $2.5 billion (sometimes up to $12 billion) and takes over 10 years to bring a new drug to market. Nine out of 10 drugs entering Phase I clinical trials will never reach patients. As the population ages, we don’t have time to rely on this slow, costly production rate. Some 12 percent of the world population will be 65 or older by 2030, and “diseases of aging” like Alzheimer’s will pose increasingly greater challenges to society. But a world of pharmaceutical abundance is already emerging. As artificial intelligence converges with massive datasets in everything from gene expression to blood tests, novel drug discovery is about to get more than 100 times cheaper, faster, and more intelligently targeted.

One of the hottest startups I know in this area is Insilico Medicine. Leveraging AI in its end-to-end drug pipeline, Insilico Medicine is extending healthy longevity through drug discovery and aging research. Their comprehensive drug discovery engine uses millions of samples and multiple data types to discover signatures of disease and identify the most promising targets for billions of molecules. These molecules either already exist or can be generated de novo with the desired set of parameters.

Insilico’s CEO Dr. Alex Zhavoronkov recently joined me on an Abundance Digital webinar to discuss the future of longevity research. Insilico announced the completion of a strategic round of funding led by WuXi AppTec’s Corporate Venture Fund, with participation from Pavilion Capital, Juvenescence, and my venture fund BOLD Capital Partners. What they’re doing is extraordinary -- and it’s an excellent lens through which to view converging exponential technologies.

What are GANs?  By pitting two deep neural nets against each other (“adversarial”), GANs enable the imagination and creation of entirely new things (“generative”). Developed by Google Brain in 2014, GANs have been used to output almost photographically accurate pictures from textual descriptions (as seen below).

Insilico and its researchers are the first in the world to use GANs to generate molecules. “The GAN technique is essentially an adversarial game between two deep neural networks,” as Alex explains. While one generates meaningful noise in response to input, the other evaluates the generator’s output. Both networks thereby learn to generate increasingly perfect output. In Insilico’s case, that output consists of perfected molecules. Generating novel molecular structures for diseases both with and without known targets, Insilico is pursuing drug discovery in aging, cancer, fibrosis, Parkinson’s Disease, Alzheimer’s Disease, ALS, diabetes, and many others.

Once rolled out, the implications would be profound. Alex’s ultimate goal is to develop a fully-automated Health as a Service (HaaS) / Longevity as a Service (LaaS) engine. Once plugged into the services of companies from Alibaba to Alphabet, such an engine would enable personalized solutions for online users, helping them prevent diseases and maintain optimal health. But what does this tangibly look like?

First, Insilico leverages AI -- in the form of GANs -- to identify targets (as seen in the first stage of their pipeline below). To do this, Insilico uses gene expression data from both healthy tissue samples and those affected by disease. (Targets are the cellular or molecular structures involved in a given pathology that drugs are intended to act on.)

Within this first pipeline stage, Insilico can identify targets, reconstruct entire disease pathways and understand the regulatory mechanisms that result in aging-related diseases. This alone enables breakthroughs for healthcare and medical research. But it doesn’t stop there. After understanding the underlying mechanisms and causality involved in aging, Insilico uses GANs to ‘imagine’ novel molecular structures. With reinforcement learning, Insilico’s system lets you generate a molecule with any of up to 20 different properties to hit a specified target. This means that we can now identify targets like never before, and then generate custom molecules de novo such that they hit those specific targets. At scale, this would also involve designing drugs with minimized side effects, a pursuit already being worked on by Insilico scientist Polina Mamoshina in collaboration with Oxford University’s Computational Cardiovascular Team.

One of Insilico’s newest initiatives -- to complete the trifecta, if you will -- involves predicting the outcomes of clinical trials. While still in the early stages of development, accurate clinical trial predictors would enable researchers to identify ideal preclinical candidates. That’s a 10X improvement from today’s state of affairs.

Currently, over 90 percent of molecules discovered through traditional techniques and tested in mice end up failing in human clinical trials. Accurate clinical trial predictors would result in an unprecedented cutting of cost, time, and overhead in drug testing.

The 6 D’s of Drug Discovery

The digitization and dematerialization of drug discovery has already happened. Thanks to converging breakthroughs in machine learning, drug discovery and molecular biology, companies like Insilico can now do with 50 people what the pharmaceutical industry can barely do with an army of 5,000. As computing power improves, we’ll be able to bring novel therapies to market at lightning speeds, at much lower cost, and with no requirement for massive infrastructure and investments. These therapies will demonetize and democratize as a result. Add to this anticipated breakthroughs in quantum computing, and we’ll soon witness an explosion in the number of molecules that can be tested (with much higher accuracy).

Finally, AI enables us to produce sophisticated, multitarget drugs. “Currently, the pharma model, in general, is very simplistic. You have one target and one disease — but usually, a disease is not one target, it is many targets,” Alex has explained.

Inefficient, slow-to-innovate, and risk-averse industries will all be disrupted in the years ahead. Big Pharma is an area worth watching right now, no matter your industry. Converging technologies will soon enable extraordinary strides in longevity and disease prevention, with companies like Insilico leading the charge. Fueled by massive datasets, skyrocketing computational power, quantum computing, blockchain-enabled patient access, cognitive surplus capabilities and remarkable innovations in AI, the future of human health and longevity is truly worth getting excited about.

Rejuvenational biotechnology will be commercially available sooner than you think. When I asked Alex for his own projection, he set the timeline at “maybe 20 years — that’s a reasonable horizon for tangible rejuvenational biotechnology." Alex’s prediction may even be conservative. My friend Ray Kurzweil often discusses the concept of “longevity escape velocity” — the point at which, for every year that you’re alive, science is able to extend your life for more than a year.

With a record-breaking prediction accuracy of 86 percent, Ray predicts “it’s likely just another 10 to 12 years before the general public will hit longevity escape velocity.” How might you use an extra 20 or more healthy years in your life? What impact would you be able to make?

Interested in exploring topics like this further? Join Peter Diamandis and Ray Kurzweil as they discuss Transforming Humanity in the 21st Century and Beyond, live-streamed from Ray's Google office on September 14th. RSVP here.

Disclaimer: This guest post is in partnership with Abundance 360, and Futurism may get a small percentage of sales.

Read This Next
Futurism
Soon, Non-Biological Intelligences Will Populate Our Planet
Futurism
The Next Sexual Revolution Is Going to be All About Technology
Futurism
What Do We Really Know About the Promise — and Potential Perils — of AI?
Futurism
In the Age of AI, We Shouldn't Measure Success According to Exponential Growth
Futurism
Will AI Blur the Lines Between Physical and Virtual Reality?
More on Op-Ed
SPONSORED CONTENT
9. 30. 21 on futurism
Buy Delta 8 THC Online: Top D8 Companies of 2021
SPONSORED CONTENT
9. 27. 21 on futurism
Delta 8 Carts Near Me: Top 15 Brands to Buy From
Mirror, Mirror
5. 16. 21 on the byte
Watch the James Webb Space Telescope Open Its Massive, Golden Mirrors
READ MORE STORIES ABOUT / Op-Ed
Keep up.
Subscribe to our daily newsletter to keep in touch with the subjects shaping our future.
+Social+Newsletter
TopicsAbout UsContact Us
Copyright ©, Camden Media Inc All Rights Reserved. See our User Agreement, Privacy Policy and Data Use Policy. The material on this site may not be reproduced, distributed, transmitted, cached or otherwise used, except with prior written permission of Futurism. Articles may contain affiliate links which enable us to share in the revenue of any purchases made.
Fonts by Typekit and Monotype.