Automation May Lead to a Workless Future for Humans. Here’s How We Can Cope.

So what will we do with all that time? 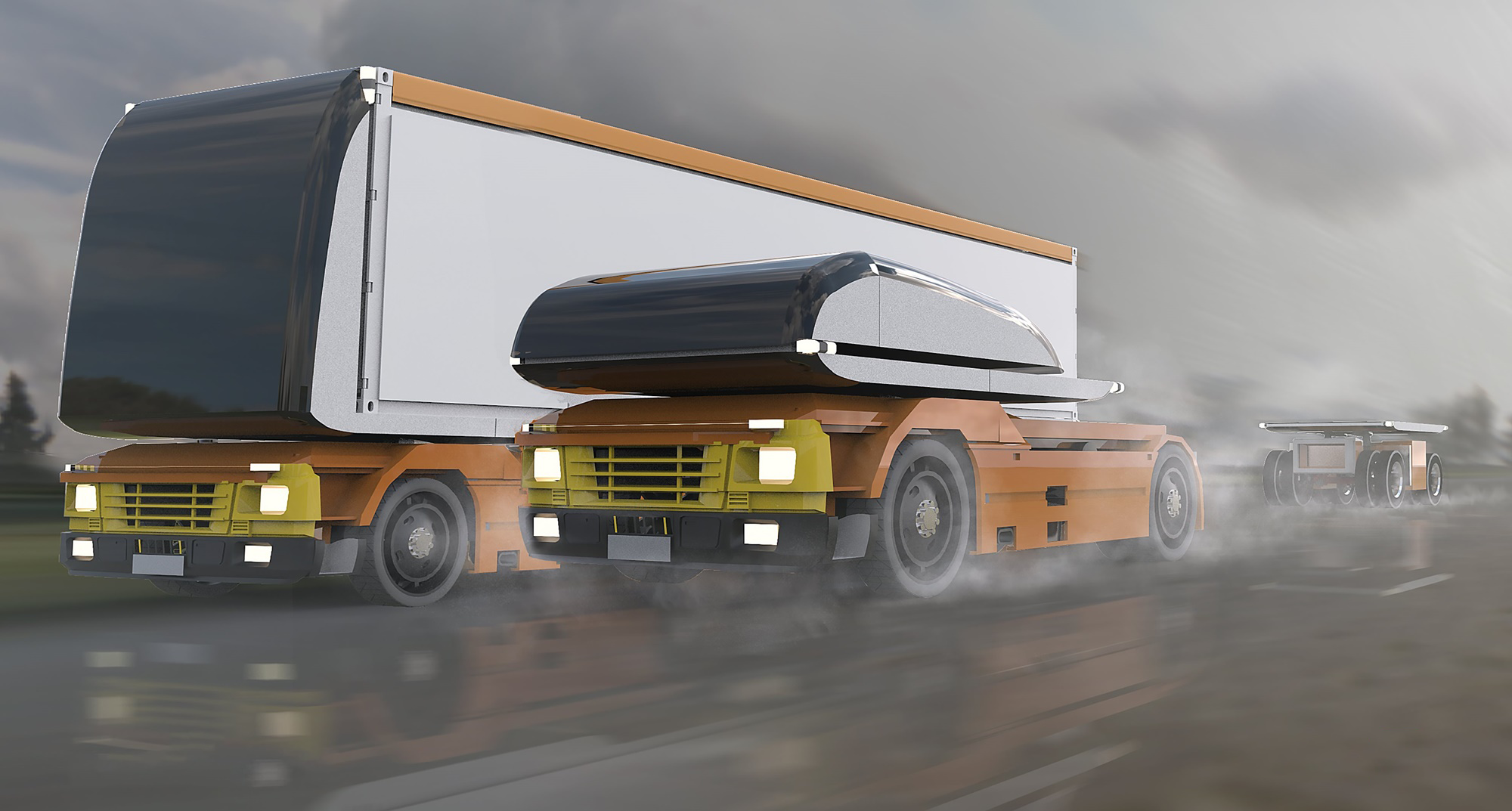 The Automation of Everything

To add to our apprehensions about the future, it seems we’re running out of letters with which to name successive generations: after Baby Boomers, came generation X, then Millennials (aka Gen-Y), who have now been succeeded by Generation Z. Whether or not one finds any symbolism, omen, or irony in this is beside the point. What is important to ask is: what kind of world will those born in the XXI century grow up in?

Will the automation of everything leave many people behind, bringing despair and disappointment? Or will it urge humanity to redefine self-actualization? Will the realization of one’s potential no longer be defined by career success or measured by net-worth?  If and when it becomes unnecessary for a significant portion of the population to be working, will we be able to adapt our value system to allow for guilt-free leisure, encourage more creative exploration, and recognize the value of lifelong learning?

Just days after the e-commerce giant from Silicon Valley dazzled the world with the introduction of Amazon Go, it has made the first commercial delivery by drone.  The fantasy world of tomorrow — with flying cars and cashless stores — seems to be turning into the mundane reality of today. This fantasy, though, is all too real for people whose livelihoods are threatened by it. Just imagining a scenario where the jobs of cashiers and retail salespersons in the U.S. are fully automated, we are looking at adding 7.5 million people to the ranks of the unemployed.

For comparison, since the beginning of XXI century, the American economy has been adding, on average, 0.8M jobs per year.  Whether it’s Uber, Google, Apple, Tesla, or any other company that will bring a viable driverless technology to the market, it is not a matter of if — but when. Here again, 3.5 million jobs in America could disappear in a heartbeat, should this technology become commonplace. Loss of just those two narrowly-defined professions could undo 14 years’ worth of job creation.

Beyond those vivid examples, a widely-shared blog on the World Economic Forum’s Agenda platform projects that roughly half of all jobs will be lost to automation in less than two decades. One could take solace looking at past experiences — where some vocations fade away, but the new ones come in their stead. Many analysts argue, though, that this time will be different. If those predictions come true, and we are indeed heading for a workless future, now would be high time to kick off a policy discussion on how we must prepare for it.

Just as we intellectually recognize that the world of tomorrow will have much less employment, (or at least, much less of what we define as employment right now), the job-creation rhetoric continues to dominate our political discourse. This proverbial tomorrow may take a decade (or two, or five) to arrive. Undoubtedly, some version of it will — and burying one’s head in the sand is no solution. Focusing on the skills necessary to compete for the yet-to-be-invented jobs is only part of the puzzle. As the gap widens between population growth and automation on one side, and job creation to meet the needs of our machine-powered future on the other, we have to begin making serious adjustments to maintain social cohesion.

What if continued automation of work — be it legal research, or medical diagnostics, or writing of newspaper articles — delivers productivity gains that can be distributed among the population without the need for everyone to contribute in a traditional way?  Should such future be imagined, it will require a major paradigm shift in how our society is organized, how we define contribution, where we find fulfillment, and how we draw meaning from our daily activities.

Coping With a Jobless Future

The first question, which is already being vigorously debated, is how can one support oneself when one is not expected to be working. Unconditional basic income, or “digital dividend,” is one concept that’s gathering momentum. Some jurisdictions have either toyed with the idea or are piloting it.  “The political debate needs to engage the taboo topic of guaranteeing economic security to families — through a universal basic income.” writes David Ignatius for The Washington Post.

This novel policy proposal is often contrasted with welfare, with the resulting arguments being both for and against. The problem with that discourse is that it’s framed in terms of the current situation — where policies are designed to discourage “freeriding” of some upon the efforts of others. What we should be considering instead is the circumstance where all humans are freeriding on the efforts of machines. The latter do not create demand, which in turn creates a serious conundrum for our economic system.

As radical as the universal basic income idea may sound, in strict terms, it’s a simple technical solution to a significant social problem. It would be far more difficult to imagine, let alone incorporate, a new value system where unemployment is not stigmatized. Adopting norms in a society — where one’s contribution is no longer defined by “economic output,” — is a challenge of a different scale and complexity altogether. To address it before the societal tensions boil over, we will need a ton of courage, a lot of blue-sky thinking, and a great deal of policy experimentation.

We must begin by openly acknowledging and ultimately facing the reality. As political careers are made and broken on the promises of job-creation, it will require a great deal of courage for our leaders to take responsibility and initiate a frank debate on the possible workless future. To better cope with the uncertain future, we’ll have to develop a new vocabulary to articulate the dilemmas we have yet to face.

It is also the intellectual framework within which we look at our economic systems that needs to change. Here we can start with redefining GDP to better account for non-compensated contribution (such as childcare and housekeeping) or better yet, move towards a wider matrix such as Social Progress Index or any other methodology that recognizes human contribution and progress in new ways. Perhaps we should also retire terms like labor productivity and, instead, refocus on measuring self-actualization.

One of the simplest, and yet also more complicated, questions to ponder in a world free of traditional employment, is what will we do with our free time? It would be good to ease our way into it by looking at the “6 Hour Workday” policies that Sweden is introducing “to increase productivity and make people happier.” Shorter work days will  help prevent burnout and allow people a space to find other activities from which they can derive meaning. For those who are employed, a job isn’t just a vehicle to earn one’s living, it is a means to address the basic human need for belonging. Exploring how this need could be met outside of the workplace would be a worthy undertaking.

Given that the ambition of an individual today is often conflated with professional aspirations and then measured by one’s career success, ambition of the future could potentially be viewed through the prism of building one’s capacity for imagination and aspiration to learn, generate, and exchange ideas. Popularizing the idea of a sabbatical breaks in professional fields beyond academia (where it is already fairly commonplace), would help us in making this a smoother transition.

All of those efforts will have to go hand-in-hand with addressing the rising inequality and recognizing the Spiritual Crisis of the Modern Economy, “where failure [to find a job after losing one] is a source of deep shame and a reason for self-blame.”

The imagined future where humans may not have to work — as machines will be taking care of ever-widening range of our needs and wants — is not assured, but it is highly probable. We can debate the timeline and keep stuffing this difficult conversation into a can, so that we could kick it down the road. What would be more constructive, though, is delving into this debate headfirst, trying out new policies, learning from one another, and shaping our workless future to minimize its discontents. Our kids (the Gen-Zs) will thank us for it!

Read This Next
Singularity Thoughts
Neuralink Co-Founder Predicts That Humanity Will Get "Wrecked"
Futurism
Crime-Fighting AI Put a Guy in Jail for a Year With Little Evidence
Bot Versus Bot
A Bot Made Frank Sinatra Cover Britney Spears. YouTube Removed It Over Copyright Claims.
Brands We Love
Learn Big Data and Machine Learning Skills Right at Home With This Training
Cost of Living
This Company Is Paying People $1,830 to Film Them Constantly
More on Future Society
There He Goes
Yesterday on the byte
Apple VP Ousted After Making Vulgar Sexual Remark
Midlife Crisis
Friday on futurism
Rumors Swirl That Mark Zuckerberg Is Fighting at a UFC Show
Elon Leaks
Friday on futurism
Here's The Wildest Elon Musk Texts That Were Just Released in Court
READ MORE STORIES ABOUT / Future Society
Keep up.
Subscribe to our daily newsletter to keep in touch with the subjects shaping our future.
+Social+Newsletter
TopicsAbout UsContact Us
Copyright ©, Camden Media Inc All Rights Reserved. See our User Agreement, Privacy Policy and Data Use Policy. The material on this site may not be reproduced, distributed, transmitted, cached or otherwise used, except with prior written permission of Futurism. Articles may contain affiliate links which enable us to share in the revenue of any purchases made.
Fonts by Typekit and Monotype.