By 2030 the country will dominate the AI industry. 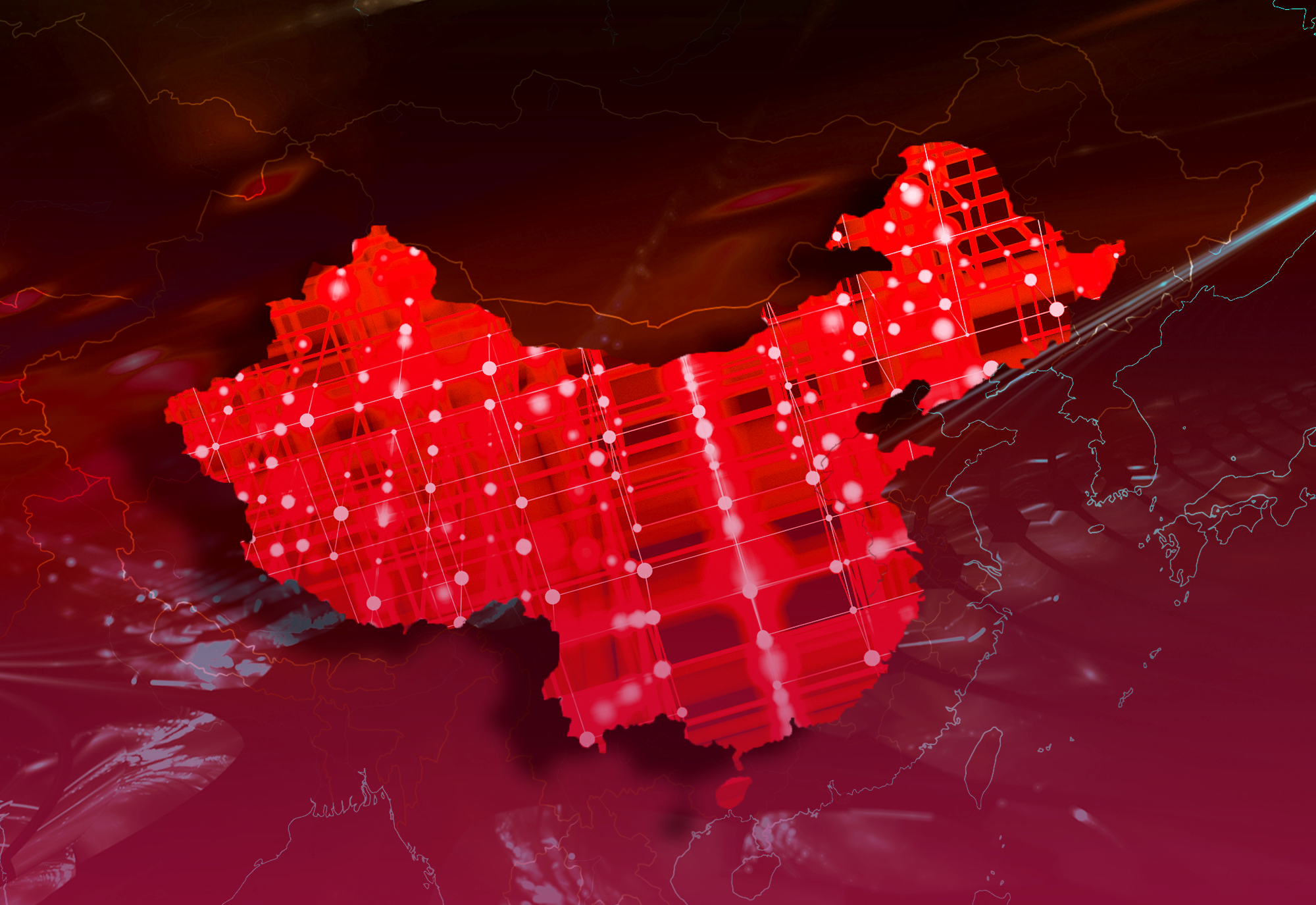 This article has been edited for brevity. Read the full article here.

Last year, China’s government put out its plan to lead the world in AI by 2030. As Eric Schmidt has explained, “it’s pretty simple. By 2020, they will have caught up. By 2025, they will be better than us. By 2030, they will dominate the industries of AI.” And the figures don’t lie. PricewaterhouseCoopers recently projected AI’s deployment will add $15.7 trillion to the global GDP by 2030, with China taking home $7 trillion of that total, dwarfing North America’ $3.7 trillion in gains. In 2017, China accounted for 48 percent of the world’s total AI startup funding, compared to America’s 38 percent. Already, Chinese investments in AI, chips and electric vehicles have reached an estimated $300 billion.

As discussed by Kai-Fu Lee in his book AI Superpowers, there are four main drivers are tipping the balance in China’s favor.

As China witnesses an explosion of O2O (online-to-offline) startups, their data is creating a new intelligence layer unparalleled in the West. Whereas American users’ payment and transportation data are fragmented across various platforms, Chinese AI giants like Tencent have created unified online ecosystems that concentrate all your data in one place. This allows them to generate complex maps charting hundreds of millions of users’ every move.

With the unequaled rise of bike-sharing startups like China’s ofo and Mobike, Chinese companies can now harness deeply textured maps of population movement, allowing them to intuit everything from your working habits to your grocery shopping routine. With the explosion of China’s facial recognition capacities, these maps are increasingly populated with faces even when you’re not online. As Chinese tech companies continue merging users’ online behavior with their physical world, the data they collect offers them a tremendous edge over their Silicon Valley counterparts.

Former founder-director of Google Brain, Andrew Ng noted the hunger raving among Chinese entrepreneurs: “The velocity of work is much faster in China than in most of Silicon Valley. When you spot a business opportunity in China, the window of time you have to respond is very short.”

As China’s AI expertise has exploded, these entrepreneurs are finally shrugging off their former ‘copycat’ reputation, building businesses with no analogs in the West. Now home to three of the Seven AI Giants (Baidu, Alibaba and Tencent), China also sees a thriving AI startup ecosystem.

Just this year, China’s computer vision startup SenseTime became the most valuable AI startup in the world. Capable of identifying your face, gauging your age and even your potential purchasing habits, SenseTime is now a world-class leader in facial recognition technologies. The company raised $620 million in its ‘Series C+’ round announced in May, now claiming a valuation of over $4.5 billion. And SenseTime is not alone. As of this past April, China is home to 168 unicorns, collectively valued at over $628 billion.

It is important to note that China is still new to the game. When deep learning got its big break in 2012, China had barely woken up to the AI revolution. But in a few short years, China’s AI community has caught up fast. While the world’s most elite AI researchers still largely cluster in the U.S., favoring companies like Google, Chinese tech giants are quickly closing the gap. Already in academia, Chinese AI researchers stand shoulder-to-shoulder with their American contemporaries. At AAAI’s 2017 conference, an equal number of accepted papers came from U.S.- and China-based researchers.

We’ve also seen increased collaboration between China’s top tech firms and emerging student talent. Tencent, for instance, sponsors scholarships for students at a lab in Hong Kong’s University of Science and Technology, granting them access to masses of WeChat data. Meanwhile, Baidu, Didi, and Tencent have all set up their own research labs.

China’s Face++ now leads the world in face and image recognition AI, beating out top teams from Google, Microsoft and Facebook at the 2017 COCO image-recognition competition. Voice recognition software company iFlyTek has not only outcompeted teams from Alphabet’s DeepMind, Facebook and IBM Watson in natural-language processing, but has done so in its “second language” of English. Now the most valuable AI speech company in the world, iFlyTek’s cutting-edge technology could one day enable translation earpieces that instantaneously translate speech into any language.

The day DeepMind’s AlphaGo beat top-ranking Chinese Go player Ke Jie has gone down in history as China’s “Sputnik Moment.” Within two months of the AI’s victory, China’s government issued its plan to make China the global center of AI innovation, aiming for a 1 trillion RMB (about $150 billion USD) AI industry by 2030.

Over the past decade, Chinese government spending on STEM research has grown by double digits year on year. Mayors across the country have built out innovation zones, incubators and government-backed VC funds, even covering rent and clearing out avenues for AI startups and accelerators. Beijing plans to invest $2 billion in an AI development park, which would house up to 400 AI enterprises and a national AI lab, driving R&D, patents and societal innovation. Cities like Xiong’an New Area are building out entire AI cities in the next two decades, centered around autonomous vehicles, solar panel-embedded roads, and computer vision-geared infrastructure.

Once disregarded as a market of ‘copycats’ looking to Silicon Valley for inspiration and know-how, China’s AI ecosystem has long departed this stage. Propelled by an abundance of government funds, smart infrastructure overhauls, leading AI research, and some of the world’s most driven entrepreneurs, China’s AI ecosystem is unstoppable.

Interested in exploring topics like this further? Join Peter Diamandis and Ray Kurzweil as they discuss Transforming Humanity in the 21st Century and Beyond, live-streamed from Ray's Google office on September 14th. RSVP here.

Disclaimer: This guest post is in partnership with Abundance 360, and Futurism may get a small percentage of sales.

Read This Next
Futurism
Countdown to the Singularity [Affiliate]
Futurism
Futurism's First Annual Fake Science News Awards
Futurism
By 2030, You'll Be Living in a World That's Run by Google
More on Op-Ed
SPONSORED CONTENT
9. 30. 21 on futurism
Buy Delta 8 THC Online: Top D8 Companies of 2021
SPONSORED CONTENT
9. 27. 21 on futurism
Delta 8 Carts Near Me: Top 15 Brands to Buy From
Mirror, Mirror
5. 16. 21 on the byte
Watch the James Webb Space Telescope Open Its Massive, Golden Mirrors
READ MORE STORIES ABOUT / Op-Ed
Keep up.
Subscribe to our daily newsletter to keep in touch with the subjects shaping our future.
+Social+Newsletter
TopicsAbout UsContact Us
Copyright ©, Camden Media Inc All Rights Reserved. See our User Agreement, Privacy Policy and Data Use Policy. The material on this site may not be reproduced, distributed, transmitted, cached or otherwise used, except with prior written permission of Futurism. Articles may contain affiliate links which enable us to share in the revenue of any purchases made.
Fonts by Typekit and Monotype.