Get the chance to touch virtual reality with just an armband 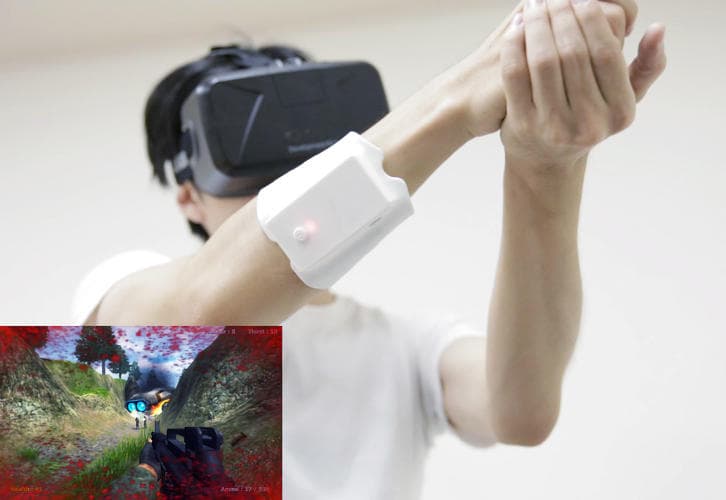 Japanese start-up H2L has created UnlimitedHand, a VR armband made out of muscle and 3D motion sensors, multiple electronic muscle stimulators (EMS), and a vibration motor. On the Kickstarter page, H2L states that the device can "output finger motion with EMS as a feedback from the video game." The technology will allow the user to feel certain sensations like tingling and resistance when playing games through integrating the device to the game controller.

The company believes that the technology can also allow users to play music on music playing games and "touch" objects in VR games. The armband is easy-to-integrate as users are only asked to install a plug-in on the widely used VR and 3D engine Unity, as H2L wanted UnlimitedHand to be accessible to as many users as possible.