NBA Season Tips Off in Virtual Reality With NextVR and Samsung 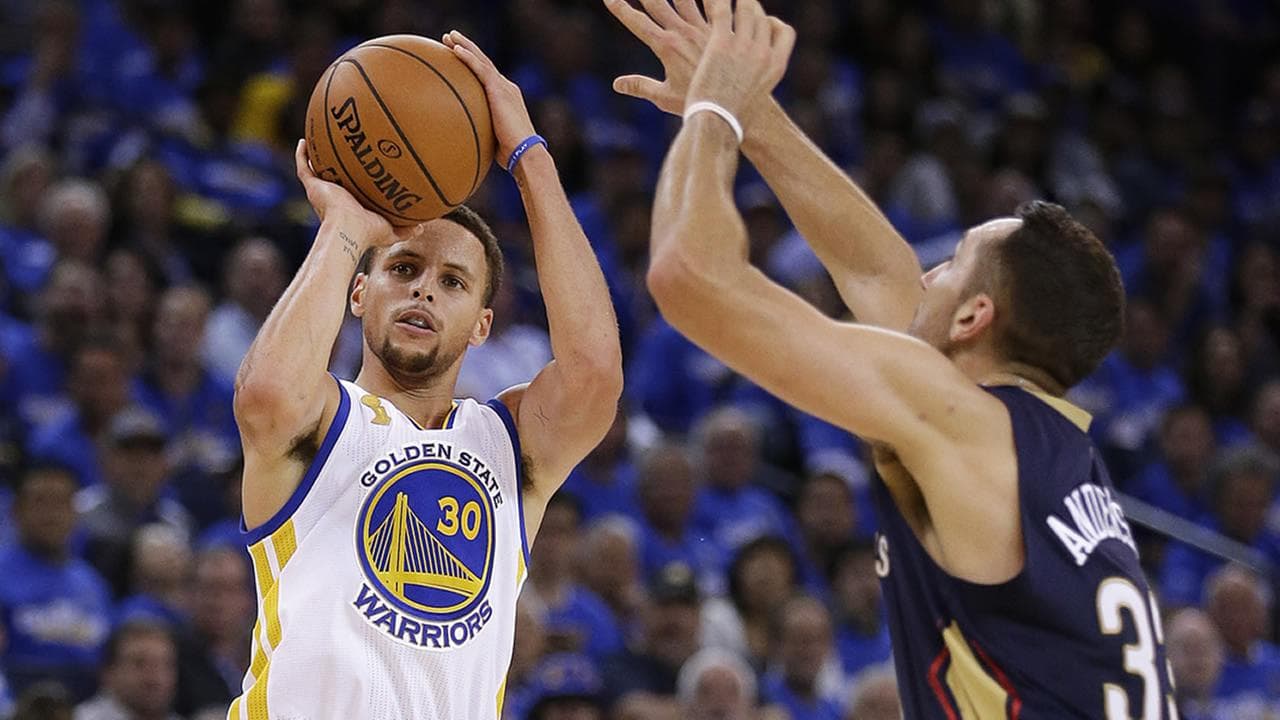 The Best Seats in the House

The 2015-2016 season of the NBA tipped off last week with the reigning champs Golden State Warriors and New Orleans Pelicans. The game was also the first time that a major sports league was live-streamed in virtual reality. This was done with the help of virtual reality company NextVR and Samsung, allowing users of the Samsung Gear VR to watch the season opener from a courtside view in the comfort of their own homes. Vice president of global media for the NBA Jeff Marsilio said, "You look to the left, and see a basket. You look to the right, and see a basket. You look to the ground, and see the court. It feels like you're at the game."

While the regular network broadcast of the game from TNT featured the usual audio commentary and graphics, NextVR’s live-stream featured audio straight from the arena, placing users in the best seats in the house. Currently the NBA has no further plans to stream VR on a regular basis, although the Sacramento Kings have invested in other virtual reality broadcast technology. The NBA broadcast follows on the heels of CNN’s Democratic presidential debate which was also live-streamed in virtual reality using the very same technology provided by NextVR and Samsung.

Read This Next
Brands We Love
You Could Be Using VR to Boost Your Hidden Creativity
Futurism
An NBA Star Says Magic Leap's AR Device Will Disrupt Your Life
Futurism
Spectacle Brings Augmented Reality to the Samsung Gear VR
Futurism
Facebook is Looking to Make Virtual Reality the Future of Social Media
Futurism
Experience "The Martian" in Virtual Reality
More on Virtuality
Meta Marked
Wednesday on the byte
The Metaverse Industry Is Already Going Belly-Up, for Reasons We Can't Imagine
Try Again
Jan 13 on the byte
Congress Rejects Funding the Military's Microsoft AR Goggles Because They Made Soldiers Sick
Headache Sets
Jan 6 on the byte
US Army Buying Microsoft AR After Soldiers Said They “Would Have Gotten Us Killed”
READ MORE STORIES ABOUT / Virtuality
Keep up.
Subscribe to our daily newsletter to keep in touch with the subjects shaping our future.
+Social+Newsletter
TopicsAbout UsContact Us
Copyright ©, Camden Media Inc All Rights Reserved. See our User Agreement, Privacy Policy and Data Use Policy. The material on this site may not be reproduced, distributed, transmitted, cached or otherwise used, except with prior written permission of Futurism. Articles may contain affiliate links which enable us to share in the revenue of any purchases made.
Fonts by Typekit and Monotype.