For the First Time Ever, Scientists Found Alien Worlds in Another Galaxy

"This is very cool science." 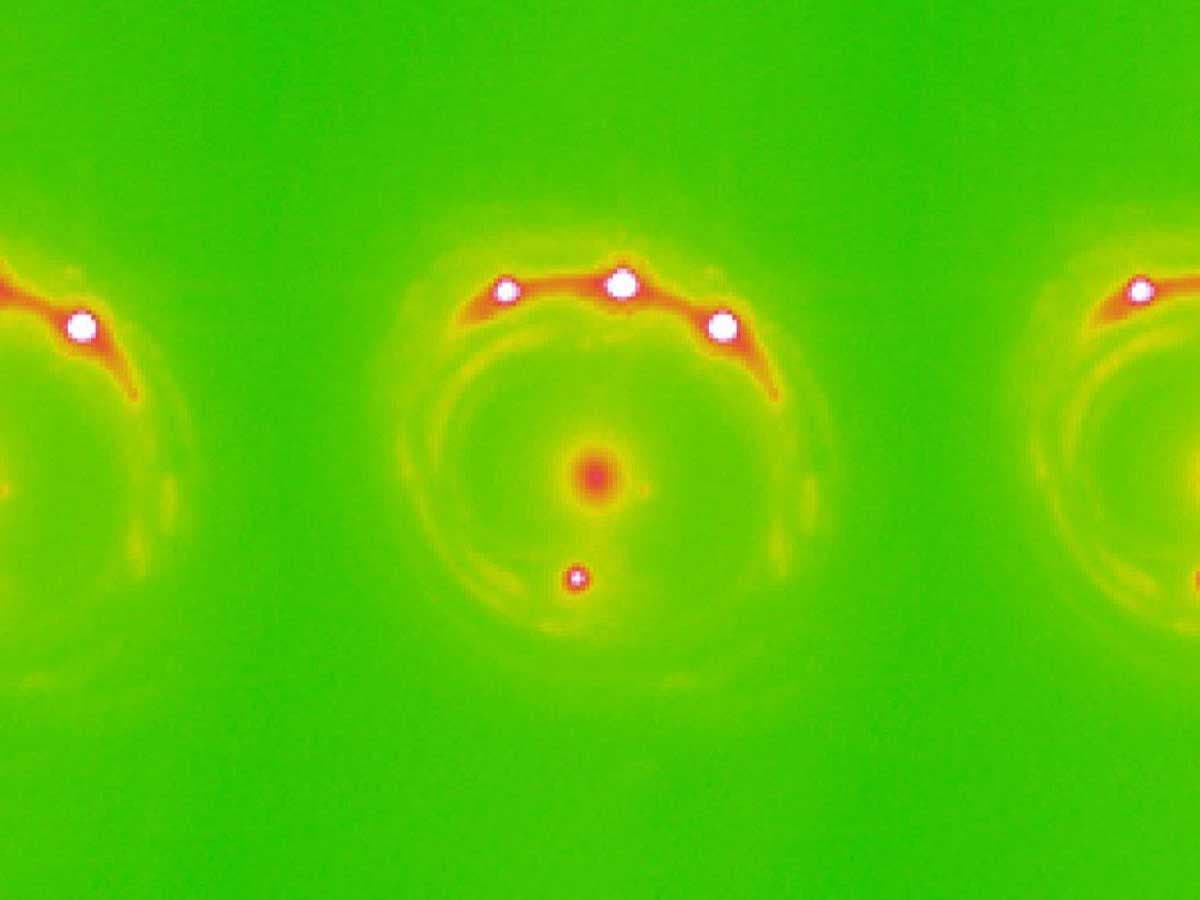 Image by University of Oklahoma

For the first time in history, astrophysicists have discovered planets beyond the Milky Way galaxy. These extragalactic planets have masses between those of the Moon and Jupiter, and they fully confirm suspicions that our galaxy isn't the only one to house planets.

Scientists at the University of Oklahoma (OU) were responsible for the discovery of the extragalactic planets, which they detail in a study published in the journal Astrophysical Journal Letters.

“We are very excited about this discovery. This is the first time anyone has discovered planets outside our galaxy,” said Xinyu Dai, professor in the Homer L. Dodge Department of Physics and Astronomy, OU College of Arts and Sciences, in a university press release.

“These small planets are the best candidate for the signature we observed in this study using the microlensing technique," said Dai. "We analyzed the high frequency of the signature by modeling the data to determine the mass.”

Microlensing is an astronomical effect by which an object's gravitational field bends the light from a star or quasar as it passes by it. When the object is between the Earth and that light source, this effect creates images that we can detect on Earth.

Until now, all of the objects discovered using microlensing have been within the limits of the Milky Way galaxy. The team used data from the National Aeronautics and Space Administration’s Chandra X-ray Observatory to expand this to include these extragalactic planets.

Analyzing any of the planets discovered within this study would be a concrete impossibility using existing telescope technologies. As OU postdoctoral researcher Eduardo Guerras noted in the OU press release, this study reveals the potential for microlensing to expand our understanding of the universe beyond the Milky Way.

“This is an example of how powerful the techniques of analysis of extragalactic microlensing can be," said Guerras.

"This galaxy is located 3.8 billion light-years away, and there is not the slightest chance of observing these planets directly, not even with the best telescope one can imagine in a science fiction scenario. However, we are able to study them, unveil their presence, and even have an idea of their masses."

This solid confirmation of planets beyond our galaxy is an incredible feat, and it opens up a world of possibilities in research. The better we understand the universe, the better we understand how natural processes operate here on Earth, how our solar system formed, and why intelligent life emerged on our planet.

Because of this innovative study, scientists now have the option to look outside our galaxy for answers to these fundamental questions and more. As Guerras concisely summarized in the press release, "This is very cool science.”

Read This Next
Outing Life
Swiss Government Scientist Says We May Be on the Brink of Discovering Alien Life
Sun Gazer
Researchers Want to Use the Sun As a Giant Telescope to Look for Aliens
Planetary Seeds
Interstellar Visitor Like 'Oumuamua May Have Formed Earth's Core
Black Hole Sun
Here's the Best-Ever Image of the Black Hole Devouring Our Galaxy
Bright Spot
Newly Spotted Quasar Is 600 Trillion Times Brighter Than the Sun
More on Off World
Exoplanet Dance
Yesterday on the byte
Scientist Releases Amazing Video of Exoplanets Orbiting Distant Star
Space Junk News
Yesterday on the byte
Two Large Chunks of Space Debris Just Almost Collided in an Epic Disaster
Mars Drop
Yesterday on the byte
NASA's Mars Rover Perseverance Just Dropped Off Its Last Sample
READ MORE STORIES ABOUT / Off World
Keep up.
Subscribe to our daily newsletter to keep in touch with the subjects shaping our future.
+Social+Newsletter
TopicsAbout UsContact Us
Copyright ©, Camden Media Inc All Rights Reserved. See our User Agreement, Privacy Policy and Data Use Policy. The material on this site may not be reproduced, distributed, transmitted, cached or otherwise used, except with prior written permission of Futurism. Articles may contain affiliate links which enable us to share in the revenue of any purchases made.
Fonts by Typekit and Monotype.