Research has emerged about life-supporting scenarios in stranger, more unforgiving places in space. 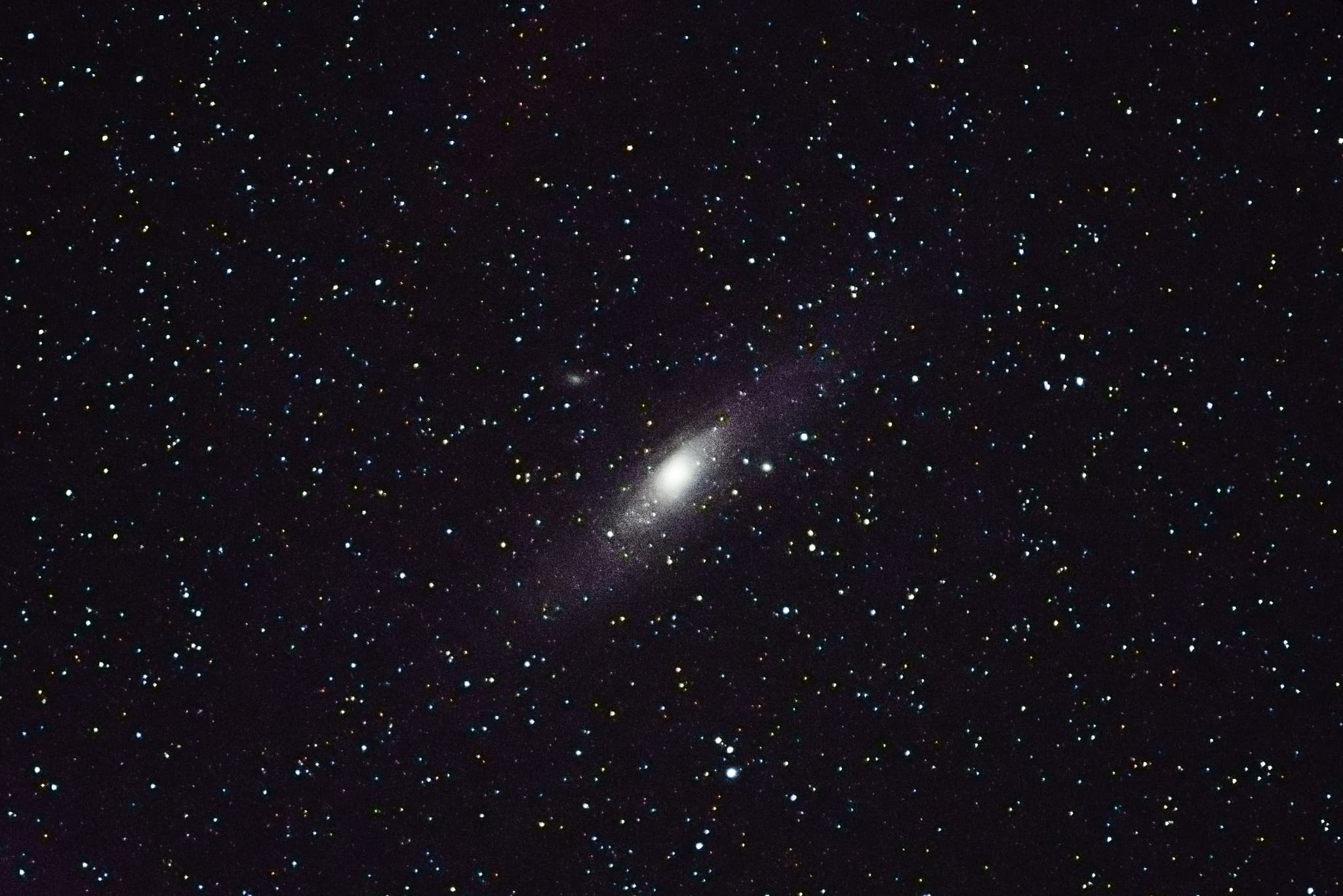 If you could mix matter to make a living thing, where in the universe might you place it?

The best choice would be somewhere in the Goldilocks zone, the ring-shaped habitable area surrounding each star. Temperatures there are just right for water to exist on the surface of planets, like Earth, as a liquid. Astronomers sift through planets in these zones for Earth-like rocks in the pursuit of life.

But observations of non-Earth worlds have caused astronomers to rethink which places might harbor life. With these discoveries, research has emerged about life-supporting scenarios in stranger, more unforgiving places.

For any living thing to emerge, the current understanding of life says a place will need three pieces.

Water, the first piece, depends on temperature: too hot and you have vapor, too cold and you have ice. Second is a variety of nutrients, which are present just about everywhere in different quantities. The third requirement is energy, which acts like a whisk stirring up large-scale changes to molecules, and powers the chemical cycles that support life. This energy can come in many forms: sunlight, radiation, volcanic vents (where life is thought to have emerged on Earth), fluctuations in tides and strong winds — and all of them can be found on Earth.

Here are the non-Earth places that might produce living things.

Ocean planets, wrapped in seas potentially dozens of times deeper than Earth’s, could be one place thriving with life. Rory Barnes, an astronomer at the University of Washington, co-authored a study in 2015 calculating how one of these places might be habitable.

In the research team's scenario, an ocean planet might form from mini-Neptunes (a planet up to 10 times the mass of Earth) that drift too close to a red dwarf star, nudged inward either by collision with another object or changes in the star’s gravity.

For a mini-Neptune to transform, it must start in the outer rim of a solar system past the snow line — the area far enough from a star where water can condense into ice. The mini-Neptune needs time to grow a blanket of hydrogen gas over its ice-rock core. This blanket acts as a shield from the host star’s light, and prevents ice from being evaporated into space. But if the planet is then tugged inward, an ocean planet can start to appear.

When close enough to its star, the planet gets fried by extreme levels of X-ray and UV radiation – which are strongest in a red dwarf’s first few hundred million years. These work alongside gravity to strip the planet of its blanket. If the timing is just right, the star will cool enough to leave behind what the team calls a “habitable evaporated core." The ice can then melt to form oceans.

Bad timing, however, will leave the planet without water. All the evaporated core needs is an energy source to kick-start a chemical cycle and become habitable. Since the star is close by, the sea depths are where life might arise. Extra gravity from the close-up star could warp the ocean planet, heightening the tides and heating the seas in the process. Eventually, the sea floor could get hot enough to produce volcanic activity.

Alain Léger proposed the existence of such ocean worlds in 2003, though the first has yet to be found. But many astronomers are convinced they’re lurking out there, and with good cause.

“Worlds that transform from a mini-Neptune to a super-Earth [ocean world] may be the most abundant type of habitable planet in the galaxy,” Barnes says. He adds that Proxima b, the closest planet outside the solar system in a habitable zone, is most likely to support life if it’s one of these habitable evaporated cores.

Lurking out in the Milky Way’s abyss are brown dwarfs; newly discovered objects nestling somewhere in size between a planet and a star. They're fittingly called “failed stars” because they are too small to ignite nuclear fusion.

A study on the coldest of these dwarfs, WISE 0855-0714, found that the cocktail of gases has a sweet spot in the upper atmosphere. Microbes floating between these cloud layers could experience similar pressures and temperatures as the troposphere on Earth (which averages from 17 to -51 Celsius).

Astronomer Jack Yates, who led the research in 2016 with colleagues from the University of Edinburgh in Scotland, believes they’ve defined a new habitable zone in the process. “There could be an atmospheric habitable zone in other gas bodies.”

Other varieties of gas planets might be habitable too (even hot ones) after years of cooling. On cool brown dwarfs, Yates thinks airborne microbes could survive up in wet clouds — just like Carl Sagan’s 1976 study of hypothetical wind-surfing “floaters” and “sinkers” that ride in Jupiter’s atmosphere.

A cool brown dwarf would need to have strong winds like those seen on Jupiter. Too strong and microbes fly high and freeze, but too weak and they sink into a furnace. These winds might also turn floating dust into tiny elevators, delivering molecules for food and energy. Researchers estimate there might be a billion cool brown dwarfs littering the Milky Way, which are either ejected from their solar systems or form in total isolation.

Drifting in total isolation, in every corner of the Milky Way, could be rogue planets too far from their birth star to bathe in its gravity or light. Rogues form like any regular planet, but a gravity slingshot — propelled by the tug from gas giants — can launch them off into space.

In 1999, a team of planetary scientists from the California Institute of Technology was the first to study how Earth-mass versions of these planets fare. David Stevenson’s research shows that if a planet can gather a thick enough blanket of hydrogen (and keep it there) then they might have the pressures and temperatures to keep liquid water on the surface.

“There could be an atmospheric habitable zone in other gas bodies.”

Unlike ocean planets where a thick blanket of hydrogen causes the planet to absorb too much light and overheat, rogues can use it to cling onto the limited heat they emit. If life can develop without sunlight, and instead turn to volcanic activity or lightning for energy, then these planets “may provide a long-lived, stable environment for life,” Stevenson says. “Albeit one where the temperatures slowly decline on a billion-year timescale." A rogue could even have tidal heating if it carries a moon in orbit.

More surprisingly, if a rogue can’t cling onto its atmosphere, then it could still keep a liquid ocean. According to research by Dorian Abbot — who calculated in 2011 the effects on rogue planets about three and a half times the mass of Earth — a thick ice layer could keep them from cooling, while its molten interior keeps it from freezing completely. Abbot's research estimates there could be more rogue planets loose in the Milky Way than stars.

Let’s not forget that any world might also have a life-harboring moon in orbit. Moons are known water-rich hotspots, like ocean planets, and are thought to exist at nearly every type of location in the Milky Way. In our solar system, moons might harbor life under thick ice shells — none of which are more promising than Jupiter’s moon, Europa.

“It has the largest potential inputs of physical and chemical energy, compared to other water-rich places,” says Steve Vance from NASA’s Jet Propulsion Laboratory, who led a team of U.S. researchers in calculating Europa’s habitability.

In 2016, they found it could support life even in the absence of volcanic activity — a cycle previously thought necessary for moon life. Vance thinks Europa does this with a chemical cycle rich in hydrogen and oxygen, like we have on Earth.

The cycle works in two ways: Hydrogen forms when salt water runs against exposed ocean rocks, which then spreads other molecules into the water. Meanwhile, radiation from Jupiter separates oxygen from ice before its recycled into new combinations as part of the ongoing cycle. By keeping the cycle running, Europa can also filter out Jupiter’s radiation — which would otherwise acidify its oceans, making them inhospitable to life.

Despite early assumptions that Europa is lifeless because it sits outside the Goldilocks zone, its moon could be well equipped to support life. Other places, too must surely be habitable. Perhaps it's just a matter of time before their secrets are revealed.