The results still managed to impress some. 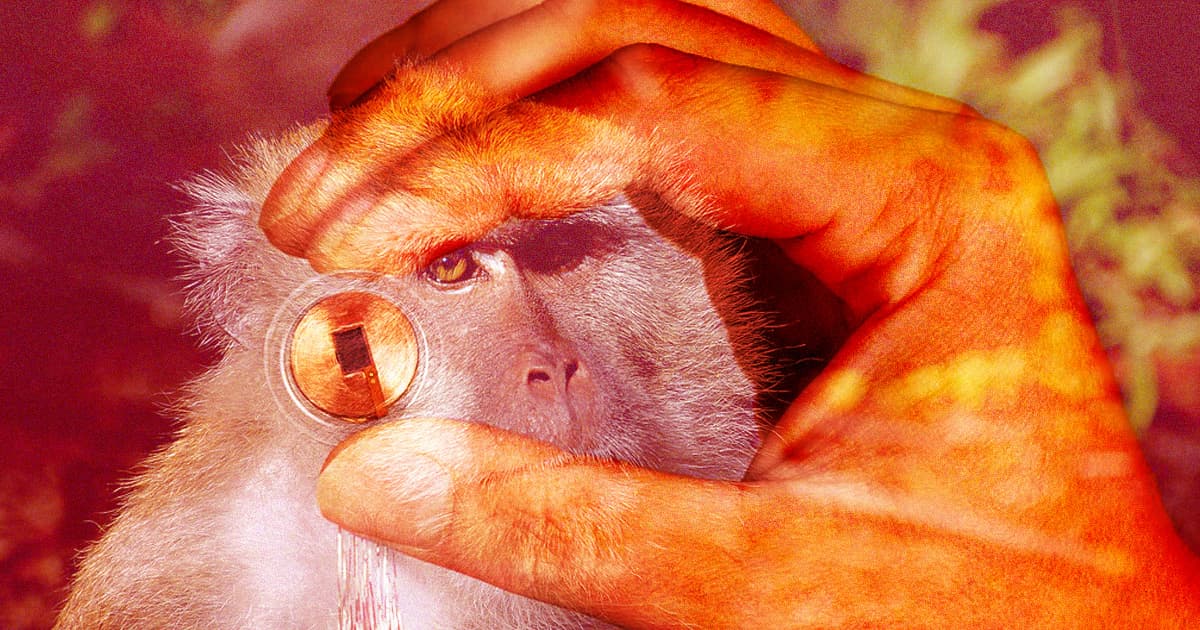 Elon Musk's Neuralink, the billionaire's nascent brain computer interface company, is closer than ever to letting users control a computer with their mind alone, or even allowing the visually impaired to see again.

In the company's latest demo, Neuralink showed off an impressive video of a macaque monkey called Pager playing a game of "MindPong," seemingly controlling the paddle with its thoughts alone.

Musk hasn't shied away from making sweeping promises, even claiming that future Neuralink devices will allow "paraplegics to walk again" in a Thursday tweet.

But the demo isn't exactly groundbreaking to experts, with some arguing that the underlying technology has been around for decades.

"Brain control of computer cursors by monkeys is not exactly new, and this demonstration extends a line of work that dates back at least to pioneering studies in the early 2000s," Andrew Jackson, professor of neural interfaces at Newcastle University, told the BBC.

Jackson also pointed out that Neuralink has yet to release peer-reviewed data. "The control in the video looks impressive, but without seeing a proper publication on their data it is hard to say how it compares to the current state-of-the-art."

Some are more impressed.

"It's an exciting demo," Mikhail Shapiro, a professor of chemical engineering and a brain control interfaces researcher at Caltech, told Futurism.

Neuralink did hold a tech edge over other previous efforts to turn brain signals into computer inputs, in Shapiro's analysis.

"Similar levels of control with brain-machine interfaces have been demonstrated using brain-penetrating electrodes in human patients with paralysis, but most of those technologies required the patient to be connected to a wire," Shapiro said. "Neuralink's device is wireless and fully implanted, which is a significant improvement."

On that point, Jackson appears to agree.

"This to me is the advance here," Jackson told the BBC, referring to Neuralink's wireless tech, "and is important both for improving the safety of human applications (wires through the skin are a potential route for infection) and also as a way of improving the welfare of animals used in neuroscience studies."

The feedback echoes comments made after Neuralink gave a "product update" last summer, with Musk describing the company's implant "kind of like a Fitbit in your skull, with tiny wires."

In August 2020, Neuralink demonstrated live pigs with the devices installed, being alive and well.

"I would say this is solid engineering but mediocre neuroscience," Jackson told the BBC at the time.

Musk took a moment to respond to Jackson's comments on Twitter at the time, saying that "it is unfortunately common for many in academia to overweight the value of ideas and underweight bringing them to fruition."

Needless to say, Neuralink probably has a long road ahead before it will implant the first devices in human skulls, pending regulatory approvals and clinical safety trials.

If all goes according to plan — Musk is known for his extremely ambitious timelines — human trials could begin as soon as "later this year," according to a tweet by the CEO. But only time will tell if that plan will come to fruition.

It's an impressive feat of neurotechnology. Having a monkey "playing a video game telepathically using a brain chip," as Musk put it, is no easy task, requiring years of hard work.

But it's equally important to not lose sight of the forest for the trees. Many of these technologies aren't new and have arguably already been taken to the next level elsewhere.

At the same time, that shouldn't dissuade scientists at Neuralink. Working implantable — and less invasive — brain-machine interfaces could be a game changer for many.

Read This Next
Eyes Have It
Meet the Neuralink Cofounder Who Left and Started a Competitor That's Now Rapidly Catching Up
Butcher Shop
Neuralink Employees Admit Company Has Killed 1,500 Animals So Far
So Sue Me
Battle Erupts Over Alleged Grisly Photos of Brain-Hacked Neuralink Monkeys
New Coke
Departed Neuralink Co-Founder Locks Down $47 Million for Secretive Neuroscience Startup
Brain Gang
Did Elon Musk Quietly Fire the President of Neuralink?
More on Enhanced Humans
Brain-Computer Im...
Jan 3 on the byte
Neuralink Cofounder Says New Company's Eye Implant Could Be "Ultimate" VR Tech
Skull Candy
10. 24. 22 on the byte
A Guy Lost His Eye and Put a Bright Light Into the Socket
Synchron Eyes
8. 23. 22 on the byte
Frustrated With Neuralink's Slow Progress, Elon Musk Approaches Competitor
READ MORE STORIES ABOUT / Enhanced Humans
Keep up.
Subscribe to our daily newsletter to keep in touch with the subjects shaping our future.
+Social+Newsletter
TopicsAbout UsContact Us
Copyright ©, Camden Media Inc All Rights Reserved. See our User Agreement, Privacy Policy and Data Use Policy. The material on this site may not be reproduced, distributed, transmitted, cached or otherwise used, except with prior written permission of Futurism. Articles may contain affiliate links which enable us to share in the revenue of any purchases made.
Fonts by Typekit and Monotype.