One rocket at a time. 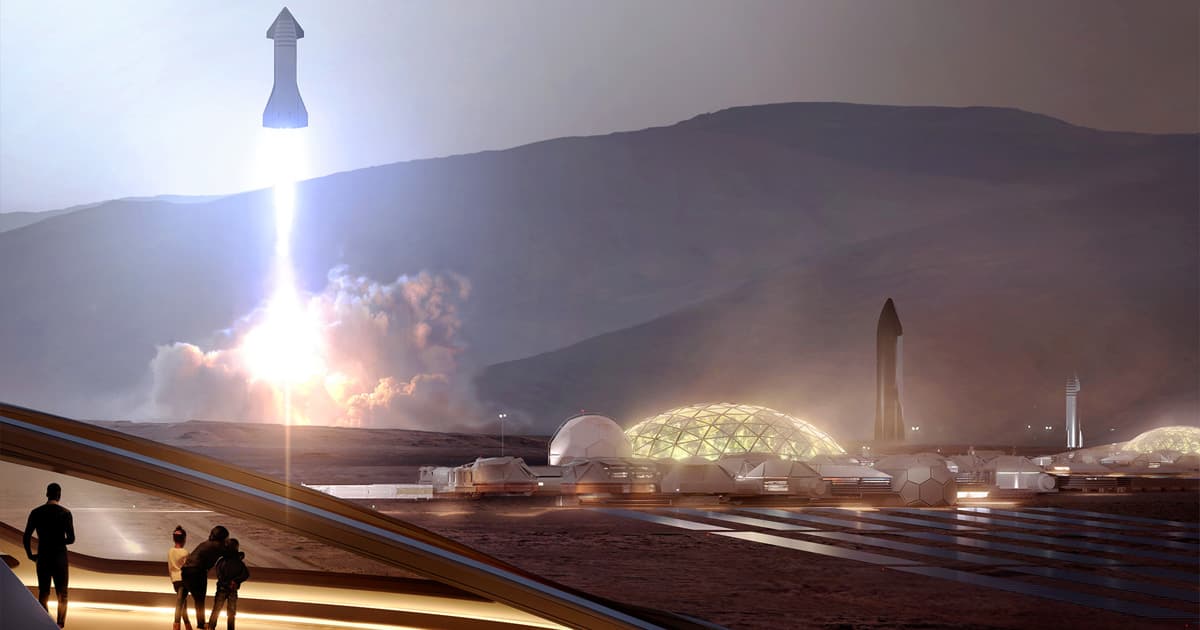 It's the morning after SpaceX managed to pull of the seemingly impossible: a full-scale Starship prototype took off from the launch pad, flew to an altitude of ten  kilometers, flipped itself on its side to slow its descent, and landed without a hitch.

Well, the space company's automated sprinkler system did have to jump in after the prototype dubbed SN15 caught fire for several minutes following its flight.

But still, it's a heck of an accomplishment. To SpaceX CEO Elon Musk, it's an exciting moment in his greater ambitions to get humanity to Mars.

Commenting on NASASpaceflight producer Michael Baylor's tweet outlining the company's iterative approach to building a rocket — so far, four full-scale prototypes have exploded after launch — Musk reflected on what it will take to get humans beyond Earth.

Musk has long professed a belief that humanity is destined to colonize distant places including Mars. The billionaire has taken the time on a number of occasions to describe his vision of what a civilization on Mars could look like, from glass domes to terraforming the entire planet.

SN15 is only a baby step in that direction — but one of the largest in recent memory. If SpaceX manages to fully realize its timetable, Starship will enter orbit before the end of the year.

The first Starship trips to Mars could occur as soon as 2024, if Musk is to be believed.

That's an aggressive timeline. First, SpaceX will have to prove that Starship's booster, Super Heavy, is also capable of launching and landing itself.

And that's yet another big step that could end in even bigger explosions. In fact, the towering design of Starship perched on top of Super Heavy — standing at almost 400 feet tall — will feature a total of 41 engines, according to Musk.

It's a high risk, high reward approach to designing a rocket that's one day meant to ferry dozens of passengers to distant planets. But so far, SpaceX has proven that it's serious and dedicated to the mission, explosions be damned.

And Elon Musk can't afford to sit on his laurels. There's still plenty of work to do.

More on Starship:  SpaceX Just Landed Starship Without It Exploding

Read This Next
A Sip of Opal
NASA Discovers Precious Gemstones on Mars
Shot Well
Head of NASA Relieved to Hear Elon Musk Isn't REALLY Running SpaceX
Martian Oases
Scientist Proposes Growing a Forest Inside a Bubble on Mars
Big Impact
Meteorite Hit Mars So Hard NASA Thought It Was a Quake
Makeover Scene
Space Tourist Says He's Thinking About Flying SpaceX Craft Up to Fix Hubble
More on Off World
Stunning Centaur
3:13 PM on the byte
James Webb Spots Asteroid With Its Own Saturn-Like Rings
Grrrrrrrr
Yesterday on the byte
Internet Erupts as NASA Spots Cartoon Bear on Surface of Mars
Gl1tc4
Yesterday on the byte
NASA Says Another James Webb Instrument Has Suffered a Glitch
READ MORE STORIES ABOUT / Off World
Keep up.
Subscribe to our daily newsletter to keep in touch with the subjects shaping our future.
+Social+Newsletter
TopicsAbout UsContact Us
Copyright ©, Camden Media Inc All Rights Reserved. See our User Agreement, Privacy Policy and Data Use Policy. The material on this site may not be reproduced, distributed, transmitted, cached or otherwise used, except with prior written permission of Futurism. Articles may contain affiliate links which enable us to share in the revenue of any purchases made.
Fonts by Typekit and Monotype.