It's a major achievement for the space company. 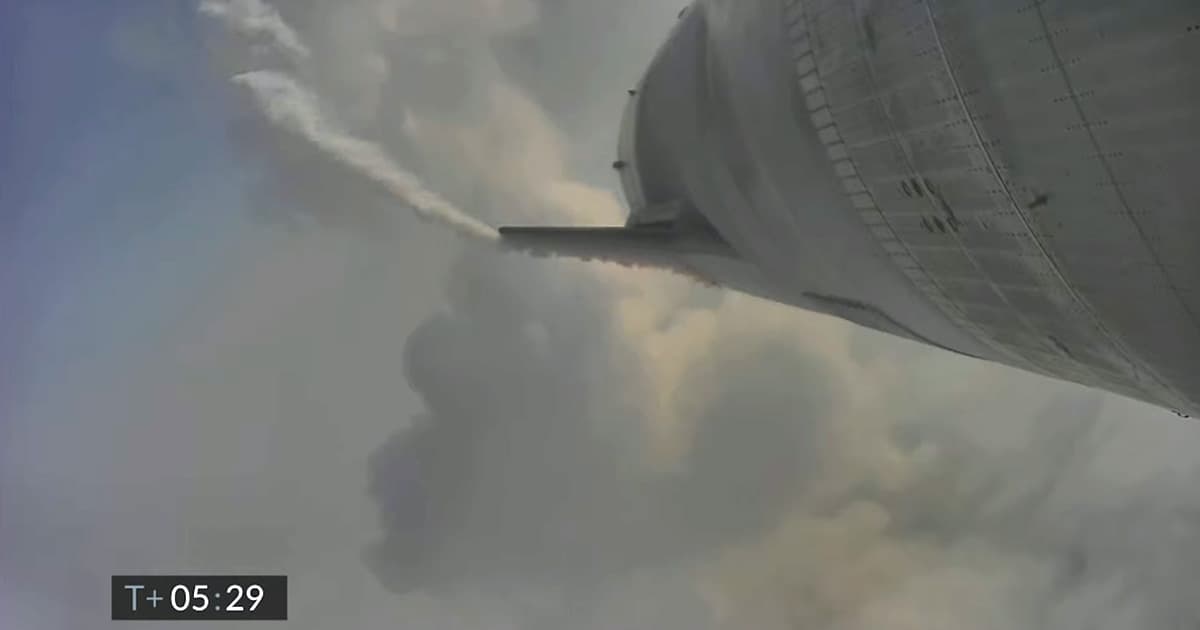 SpaceX has finally launched its latest full-scale prototype of its Mars-bound Starship rocket — and this time, for the first time, it stuck the landing.

It climbed to ten kilometers, first obscured inside a cloud, then reemerging above it. It then started its descent horizontally after turning its engines off, before relighting them to turn itself upright again.

Then SN15 softly landed on the landing pad below. Several minutes of tense waiting followed.

Flames could be seen coming from the bottom skirt of the prototype after landing, causing remotely controlled water hoses to attempt to put out the fire for several minutes — long after SpaceX concluded its official webcast of the event.

But it didn't explode — unlike SN10, which landed on March 3, but blew up several minutes later.

It's a colossal achievement for the Elon Musk-led company, proving that Starship is capable of launching — and landing — without blowing itself to pieces.

SN15 is the fifth full-scale prototype to take to the skies. All four prototypes preceding it have met an early demise, exploding in huge balls of fire.

The prototype featured "hundreds of design improvements across structures, avionics/software and engine," according to Musk. The prototype's predecessor SN11 exploded on March 30 inside a massive wall of fog due to a methane leak.

Now, SpaceX can focus on getting Starship into orbit, boosted by a second gigantic rocket called Super Heavy.

Read This Next
Rolling Coal
Space Travel Will Absolutely Gut the Environment, Scientists Warn
Futurism
Free Speech Champion Elon Musk Fires Employees for Criticizing Him
Uh Oh
Something Very Bad Might Be About to Go Down at NASA
NDA
SpaceX Reportedly Paid $250,000 to Silence Sexual Allegations Against Elon Musk
Captain Planet
Buying Twitter Seems Like a Huge Distraction for Elon Musk's Mars Plans
More on Off World
Cloud Spotting
Yesterday on the byte
NASA Needs Your Help Spotting Clouds On Mars
Carbon-Based
Tuesday on futurism
NASA Rover Finds New Potential Evidence for Ancient Life on Mars
Gifts For Mom
Tuesday on the byte
Jeff Bezos Ditches Plan to Land Rockets on Ship Named for His Mom
READ MORE STORIES ABOUT / Off World
Keep up.
Subscribe to our daily newsletter to keep in touch with the subjects shaping our future.
+Social+Newsletter
TopicsAbout UsContact Us
Copyright ©, Camden Media Inc All Rights Reserved. See our User Agreement, Privacy Policy and Data Use Policy. The material on this site may not be reproduced, distributed, transmitted, cached or otherwise used, except with prior written permission of Futurism. Fonts by Typekit and Monotype.