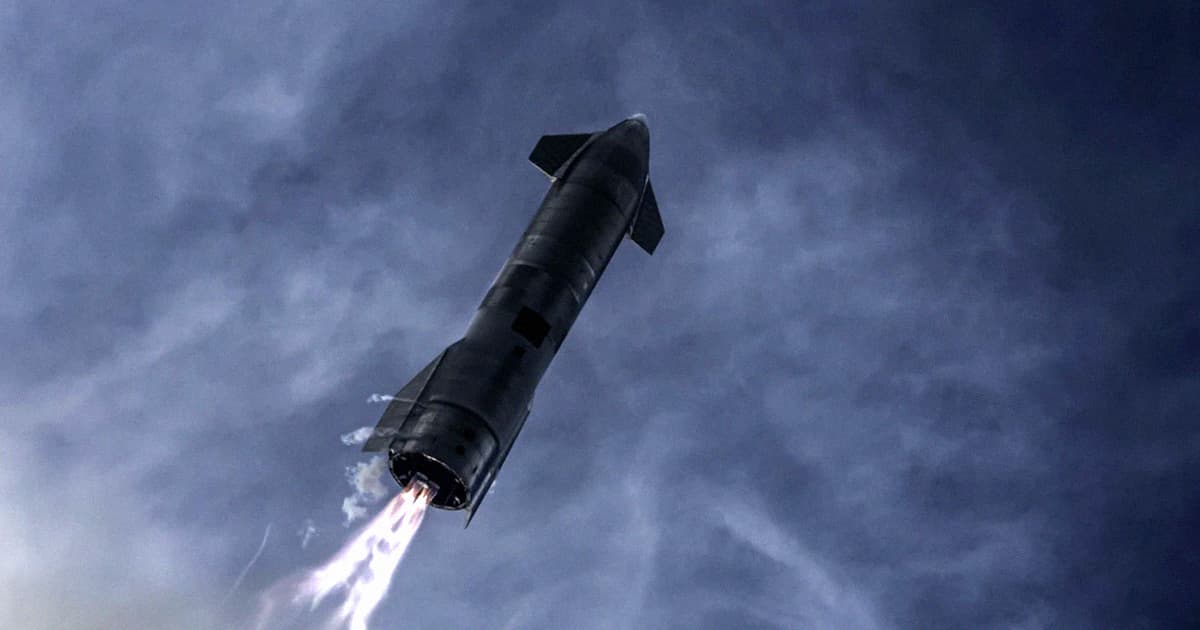 Today may just be the day.

Today may just be the day.

Another day, another chance of SpaceX launching its next Starship prototype.

It's been a bit over a month since the Elon Musk-led space company launched its SN11 prototype in a heavy wall of fog at its launch site in South Texas. SN11 was the fourth full-scale prototype of the Mars-bound rocket to both fly to roughly an altitude of ten kilometers — and, like its predecessors, meet its demise in a massive explosion.

Now, today may just be the day that SN15 will finally take to the skies. In fact, local sheriff deputies started clearing the beaches near the site, with "all indications are that SpaceX is pressing forward with a Starship SN15 launch attempt today," as NASASpaceflight.com photographer Michael Baylor tweeted.

Since the last explosion, SpaceX has gotten the blessing from the Federal Aviation Administration to launch the next three Starship prototypes — that is, if SN15 doesn't end in total disaster.

All week, onlookers near the launch site have been trying to figure out when SpaceX will decide to launch SN15.  An FAA operations advisory posted early this morning scheduled a Starship launch.

But that's far from a guarantee. SpaceX has delayed the launch several times already this week. Images taken Tuesday evening showed workers making adjustments underneath the spacecraft's skirts and venting fuel from its nose.

When it's finally time, though, we'll definitely be watching.