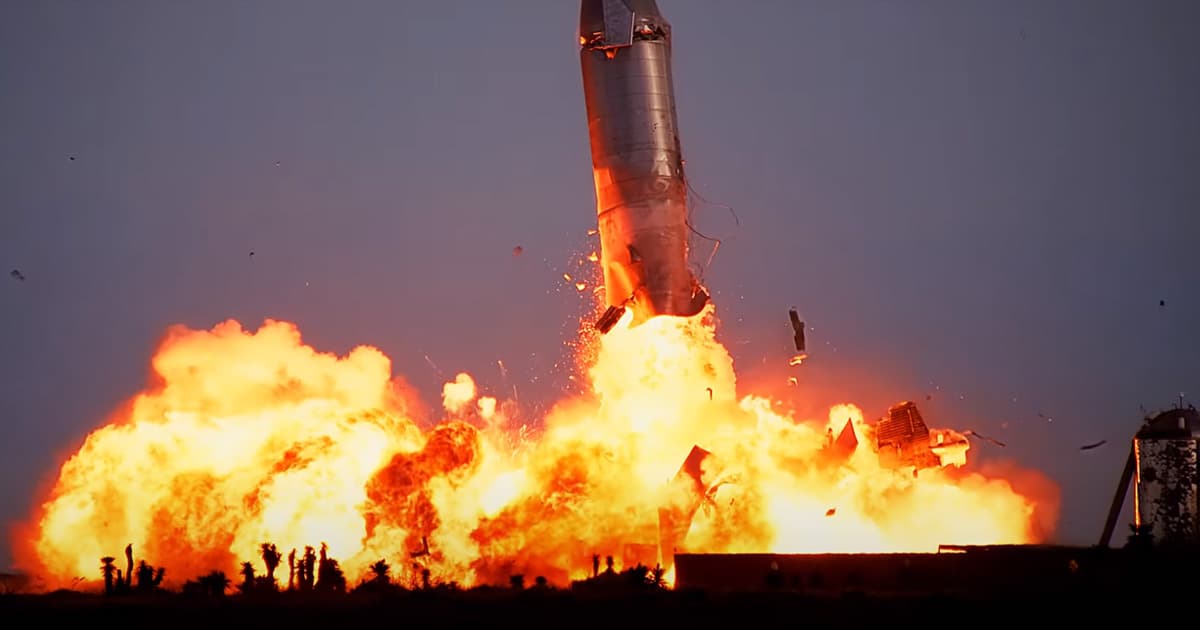 SpaceX's SN10 Starship prototype may have landed successfully, but the subsequent explosion arguably left something to be desired.

The Elon Musk-led company is now hard at work to stop the next prototype, dubbed SN11, from blasting itself into tiny bits of steel shrapnel. That means that the big question in the space industry is whether it'll succeed — a tension that, naturally, seems to be top-of-mind for Musk himself.

Musk took to Twitter on Tuesday to explain what may have gone wrong during SN10's maiden voyage last month.

The next prototype could have some sturdier legs to make sure the ground doesn't cause any damage to the fuel tanks above. "Multiple fixes in work for SN11," Musk promised in the tweet.

When asked if there were any baffles, which are devices used to restrain a liquid fluid or gas, in place to keep the rocket fuel from sloshing around, Musk made an educated guess — and elaborated on what may have caused SN10 to blow up.

"There were baffles, but one may have acted like a straw to suck bubbles in from above liquid/gas level."

SN11 has already been rolled onto the launch pad, where it's awaiting its first static fire tests. SpaceX has a decent chance of both landing it — and not have another massive explosion on its hands.

If it does explode, there will be plenty of future prototypes to iron out the kinks. Keen eyed onlookers have already spotted leg skirts for a prototype called SN20.

More on Starship: SpaceX Just Rolled Its Next Starship Prototype Onto the Pad