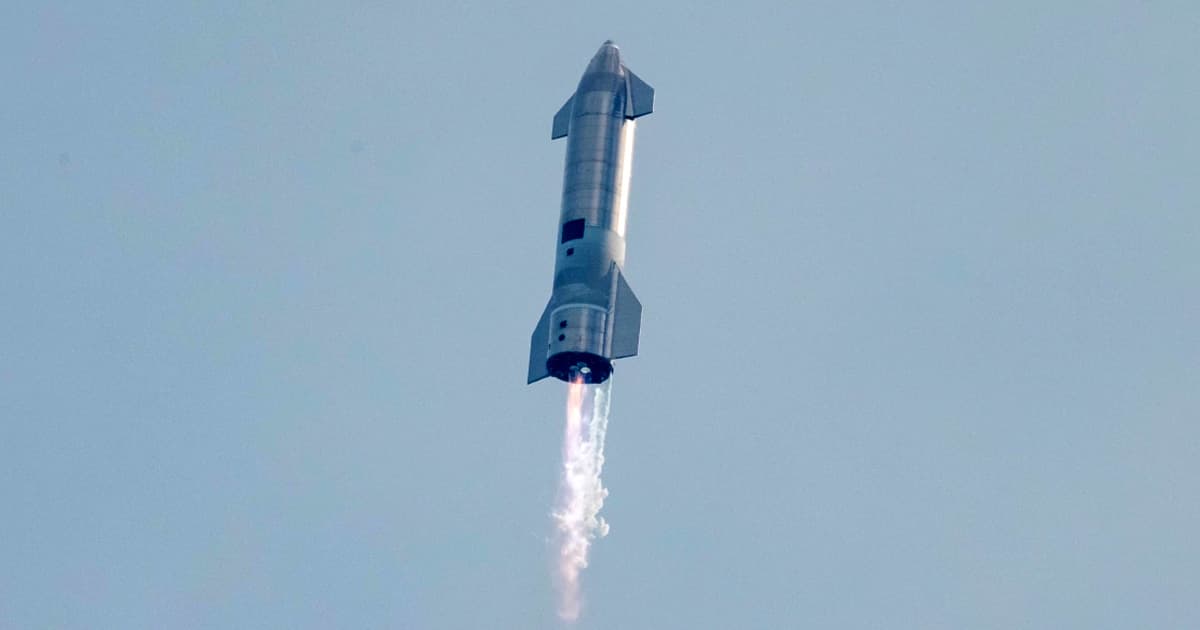 SpaceX Just Rolled Its Next Starship Prototype Onto the Pad

Will it be the first not to explode?

Will it be the first not to explode?

SpaceX has rolled its next massive Starship prototype to the launch pad at its testing facilities in Boca Chica, Texas, NASA Spaceflight reports.

The prototype, dubbed SN11, is the fourth full-scale test subject of the company's ambitious spacecraft. The three prototypes that came before it — SN8, SN9, and SN10 — were all run through their paces, with varying degrees of success. Case in point, all three test flights ended in massive fireballs.

Will SN11 stand a chance of making a safe landing — and not blowing up? For now, we'll have to wait and see. SpaceX is going through its Starship testing at a breakneck pace, with test fires of SN11 likely only days away, as NASA Spaceflight reports.

Its first flight could happen as soon as next week — but that's a tall order, even for SpaceX.

SN11 will use a different approach to make a softer landing than its predecessors.

"Next time, min(imum) two engines all the way to the ground and restart engine 3 if engine 1 or 2 have issues," SpaceX CEO Elon Musk explained in a tweet earlier this month, following SN10's soft(er than usual) landing and subsequent explosion.

SpaceX is throwing everything it has at developing the massively ambitious spacecraft. Chances are that it's only a matter of time until soft landings of Starship prototypes will become commonplace.

READ MORE: Starship SN11 arrives at Pad B as SpaceX plans for the future [NASA Spaceflight]