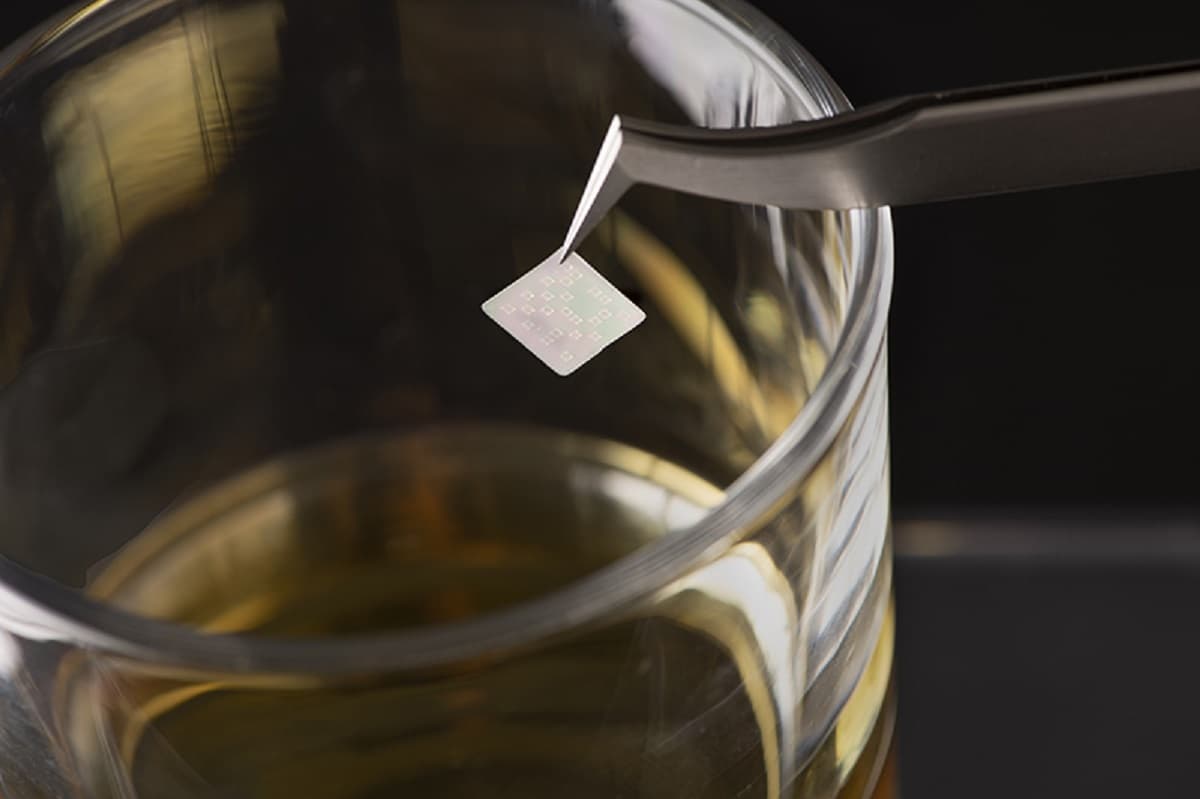 A new "edible QR code" that aims to determine whether you're drinking counterfeit liquor bears a striking resemblance to the preferred dosing method of the world's most famous psychedelic drug.

As Purdue University notes in a press release about the tech, the edible smartphone-scannable QR tag is supposed to show that high quality spirits haven't been tampered with.

But to the untrained eye, the square-shaped fluorescent silk tags look a whole lot like a large hit of lysergic acid diethylamide, better known by its acronym LSD, or its street name, "acid."

The joint study between Purdue and the National Institute of Agricultural Sciences in South Korea was published in the journal ACS Central Science, and although the tech is certainly interesting, it's hard to get too excited about busting alcohol counterfeiting now that we're almost 90 years out from the end of Prohibition.

Also worth noting: it's not necessarily the best idea to normalize putting things into peoples' drinks in bars, considering that drink-spiking is back on the rise.

Much like acid, Purdue said that the silk QR tag doesn't affect the taste of the liquor it's put into, though one would expect it not to produce the same wiggly-wobbly effects of "Lucy in the Sky with Diamonds."

According to Purdue, the same tech could also help detect fake pharmaceuticals.

For now, sure, maybe booze snobs will appreciate soon be able to suss out whether that $50 pour of whiskey is worth the money. But we'll probably be sticking with the well shots.

More edible tech: Swallow a Small Device and It'll Scrape Your Gut for Signs of Trouble

Read This Next
Dron't
Drama Engulfs Plan to Zap School Shooters With Taser-Toting Drones
Work Culture
Former Tesla Manager Says Workers Will Actually Love Elon Musk's Tyrannical Email
Virtual Murder
UAE Official Says Murder Should Be Illegal in the Metaverse
The Saga Continues
SpaceX President Defends Elon Musk Against Sexual Misconduct Claims
Thanks Man!
After Sexual Allegations, Elon Musk Jets Off to Brazil
More on Future Society
Drive On
Yesterday on the byte
Tesla Brings Back Enhanced Autopilot, in Clever Scheme to Extract Even More Money From Drivers
Chemistry Lessons
Wednesday on the byte
Bill Nye Just Got Married, and Their Love Story Is Beautiful
Gender Wars
Tuesday on the byte
Elon Musk's Daughter Comes Out as Trans, Cuts Ties With Father
READ MORE STORIES ABOUT / Future Society
Keep up.
Subscribe to our daily newsletter to keep in touch with the subjects shaping our future.
+Social+Newsletter
TopicsAbout UsContact Us
Copyright ©, Camden Media Inc All Rights Reserved. See our User Agreement, Privacy Policy and Data Use Policy. The material on this site may not be reproduced, distributed, transmitted, cached or otherwise used, except with prior written permission of Futurism. Fonts by Typekit and Monotype.