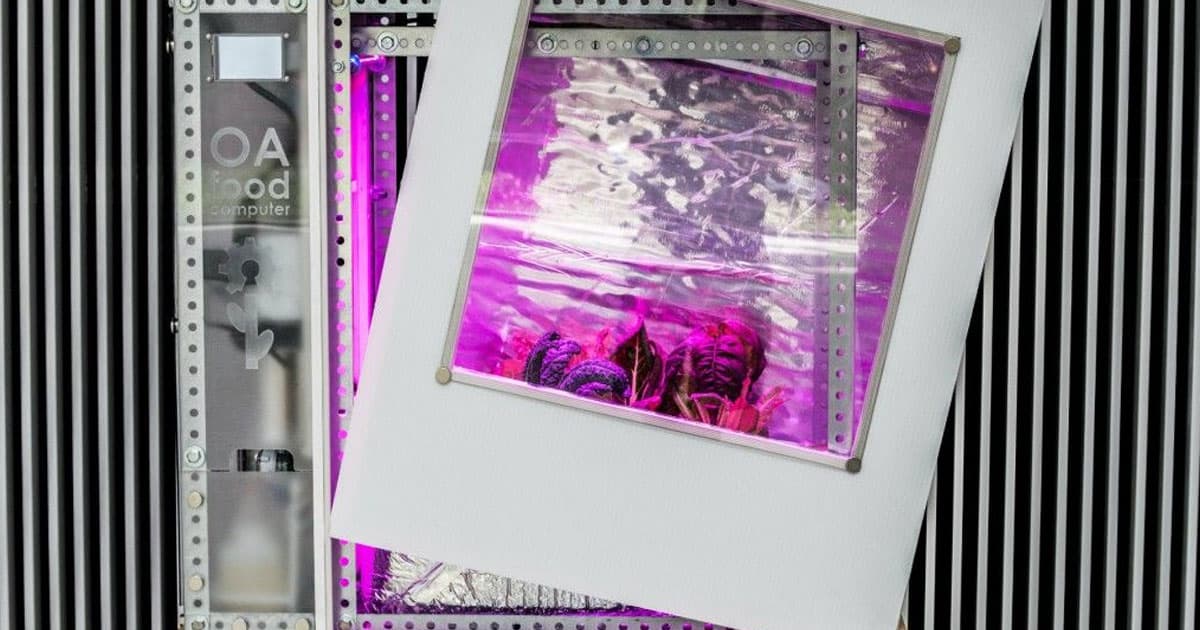 He claimed his machines were being used to feed refugees. It turns out they didn't even work.

He claimed his machines were being used to feed refugees. It turns out they didn't even work.

Caleb Harper, a principal research scientist at the MIT Media Lab, claimed to have built a "personal food computer" that can grow any plant in a small, controlled environment. He also claimed to have used the machine to feed Syrian refugees.

But the machines didn't work. Plagued by hardware and software malfunctions, a troublesome dependence on Wi-Fi connectivity, and fundamental design flaws, the food computers never moved beyond the testing phase or yielded crops, according to IEEE Spectrum. And yet, Harper continued to spin his farcical, aspirational tale — even though, according to new reporting, refugees never even benefited from the tech.

In recent months, cracks began to appear in the OpenAg initiative as people close to the program spoke to media outlets about how the rosy picture Harper had painted didn't match reality.

Most notably, IEEE Spectrum reports that refugees never benefited from the flawed tech, despite Harper giving high-profile speeches about how they were using his portable farming boxes to grow crops that "they missed from home."

OpenAg also worked with high schools that let students tinker with the machines. Ironically, IEEE Spectrum reports that students came up with fixes that Harper's own team didn't. And his team was fed up.

"[Harper] takes credit for deployment of PFC’s to schools and internationally including a refugee camp in Amman," OpenAg lead researcher Babak Babakinejad wrote in a 2018 email he showed IEEE Spectrum, "despite the fact that they have never been validated."

Helping Hand
This Autonomous Robot Arm Feeds People Who Can’t Feed Themselves
3. 14. 19
Read More
With Bees Scarce, A Drone Pollinates A New York Apple Orchard
6. 7. 18
Read More
Sally Can Create and Serve 1,000 Different Meals, but This Chef's Not Human
4. 17. 17
Read More
+Social+Newsletter
TopicsAbout UsContact Us
Copyright ©, Camden Media Inc All Rights Reserved. See our User Agreement, Privacy Policy and Data Use Policy. The material on this site may not be reproduced, distributed, transmitted, cached or otherwise used, except with prior written permission of Futurism. Fonts by Typekit and Monotype.