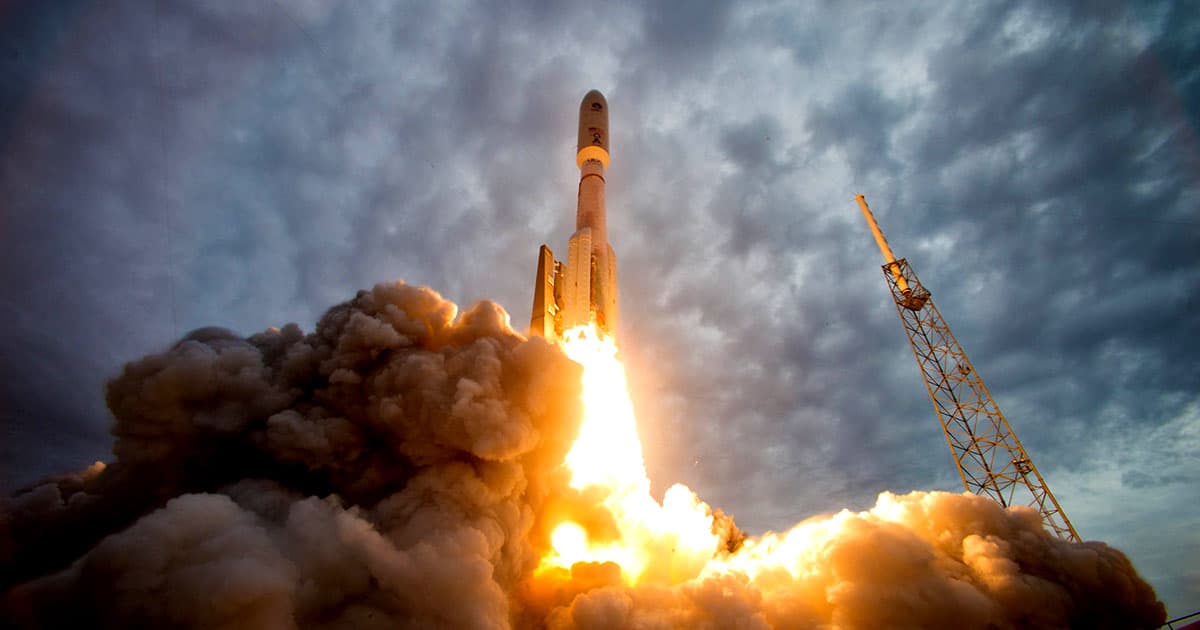 This Is What a Space War Would Look Like, According to Experts

Ready to turn Earth's orbit into an absolute hellscape?

Ready to turn Earth's orbit into an absolute hellscape?

A future space war won't look like "Star Wars." Instead, according to a new essay in The Conversation by a pair of British physics and space researchers, it'll be almost imperceptible on the planet's surface — yet potentially deadly to Earth-based infrastructure.

"Any observers on the surface would be unlikely to directly see any effects from space warfare, unless a kinetic kill actually breaks a spacecraft up — with debris lighting up as it re-enters the atmosphere," wrote University of Birmingham researcher Gareth Dorrian and Nottingham Trent University physicist Ian Whittaker. "That said, attacks could still affect our lives on Earth, disturbing GPS, television services and even cash withdrawals."

Military powers, according to the essay, are likely to use energy weapons that are capable of disabling, radio jamming, or even destroying other countries' satellites. Countries including France and Russia are already developing technologies that could soon move their satellites into defensive and even offensive positions.

World powers could also use kinetic energy projectiles to blow up enemy satellites. India most recently performed such a feat back in March.

If all fails, countries could even resort to nuclear weapons in space. A 1960s experiment called Starfish Prime attempted such a feat — but the resulting radiation belts could have a devastating effect on low Earth orbit satellites for years after the event, Dorrian and Whittaker point out.

READ MORE: Space may soon become a war zone – here’s how that would work [The Conversation]

What Are the Real Threats Behind Nuclear War?
1. 17. 18
Read More
Pizza Personnel
Domino's Buying Hundreds and Hundreds of Electric Delivery Vehicles
Wednesday
Read More
Another One
Coinbase May Be in Real Serious Trouble Now
Wednesday
Read More
+Social+Newsletter
TopicsAbout UsContact Us
Copyright ©, Camden Media Inc All Rights Reserved. See our User Agreement, Privacy Policy and Data Use Policy. The material on this site may not be reproduced, distributed, transmitted, cached or otherwise used, except with prior written permission of Futurism. Articles may contain affiliate links which enable us to share in the revenue of any purchases made.
Fonts by Typekit and Monotype.