I'd rather a little device go down than a camera go up. 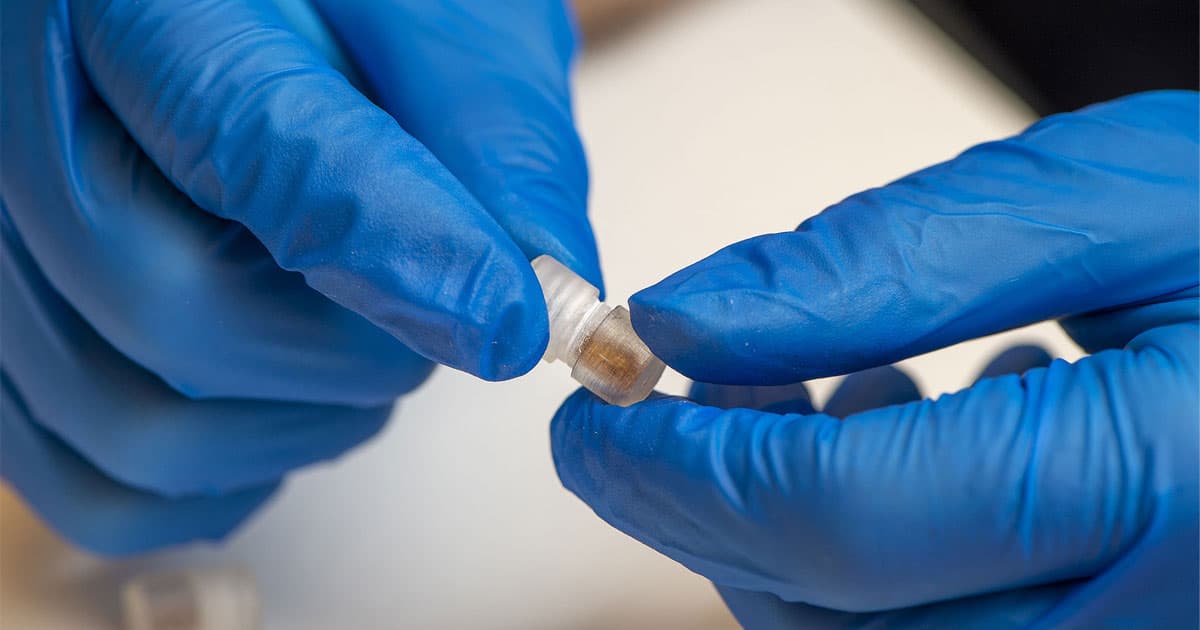 Colonoscopies are crucial for investigating colorectal health, but doctors can only travel so far before they have to turn back.

To help them see the rest of the gastrointestinal tract, scientists from Purdue University built a small device that goes in the other end (to be clear: your mouth) and samples gut bacteria as it makes its way downtown.

The device, as described in research published earlier this year in the journal RSC Advances, is capable of scraping bacteria from any trouble spots it encounters on its descent. It works by dissolving once it reaches the acidity level of a predetermined part of the gastrointestinal tract, revealing an absorbent, diaper-like material that sponges up bacterial samples before continuing onward.

That's an improvement over both traditional colonoscopies and even existing "colonoscopy pills," the scientists say, because neither can actually examine bacteria beyond taking pictures.

"If a colonoscopy or camera pill sees blood, it can't sample that area to investigate further," Purdue engineer Rahim Rahimi said in a press release. "You could just sample bacteria from a person's fecal matter, but bacteria can vary a lot throughout the GI tract. Our approach could be complementary."

To really drive that last point home: This new device, should it be approved for medical use, could serve as a supplement to colonoscopies. It's not by any means an excuse to skip one.

For instance, a doctor might spot a potential medical issue while performing a routine examination, take some images, and then use this new device to further check out what's going on at a microbial level. It could also fill in the blanks for the regions of the gastrointestinal tract (read: most of it) that a colonoscopy can't reach.

It's nothing if not a solid example of what great iterative technology should accomplish: Putting an ideal solution (in this case, a much better understanding of our own health) slightly further within reach without purporting to do away with everything that came before.

More on swallowable tech: Edible Tech Is Finally Useful, Is Here to Help You Poop

Image by Image via Purdue University.