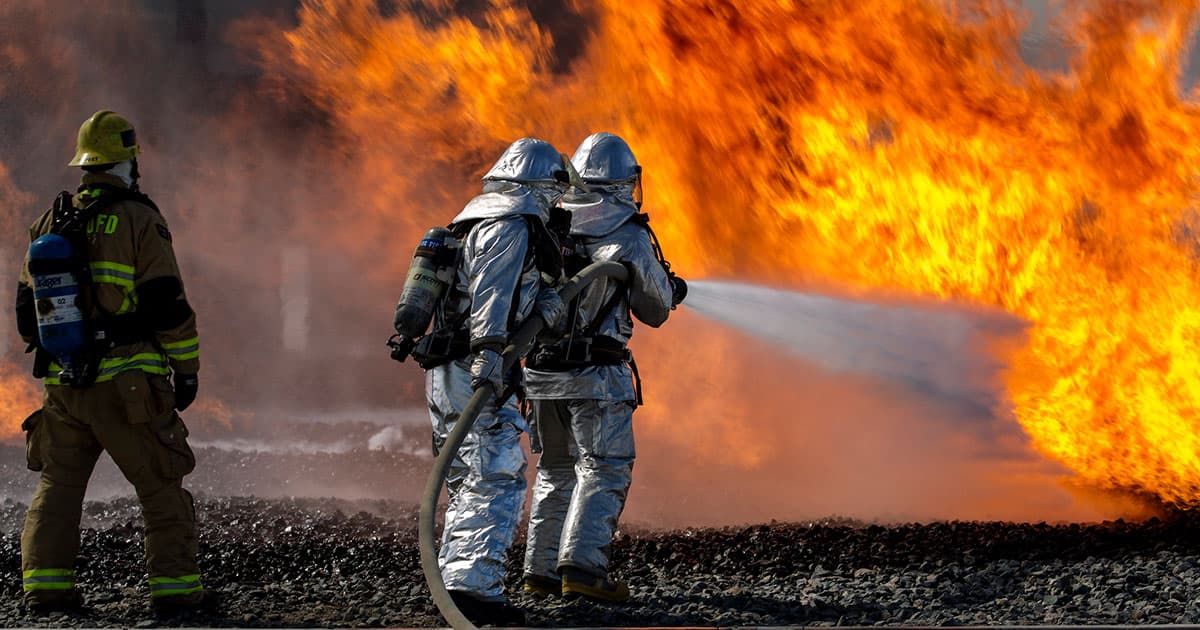 A startling reminder that the poor will be most affected by environmental catastrophe.

A startling reminder that the poor will be most affected by environmental catastrophe.

Money can buy many things — but can it buy you the assurance that your resort-sized beachfront property will be safe during the next wildfire?

As wildfires are becoming more frequent and more ferocious than ever thanks to climate change, wealthy Californians — Kim Kardashian and Kanye West included — are choosing to supplement the firefighting services provided to them by local and state governments with the help of third-party contractors, The New York Times reports.

The dystopian story comes courtesy of private firefighting services — though as the Times points out, most don't actually pull up with a firehose, opting instead to fireproof homes before the next blaze.

"It would be like a temporary worker during Christmastime," Dunn told the Times. "Retail has them, why wouldn’t fire season have them?"

The trend is nothing new — private firefighting has been around in the U.S. since at least the 80s. But it's a startling reminder that the poor will be most affected by climate change.

More on wildfires: New Fire-Resistant Homes the Next Line of Defense From Wildfires

Essentials First
Basic Income Recipients Spent the Money on “Literal Necessities”
10. 4. 19
Read More
Wealth Redistribution
CA Governor Wants Tech Companies to Pay People for Personal Data
2. 15. 19
Read More
A California City Is Gearing Up To Test Universal Basic Income
5. 31. 18
Read More
+Social+Newsletter
TopicsAbout UsContact Us
Copyright ©, Camden Media Inc All Rights Reserved. See our User Agreement, Privacy Policy and Data Use Policy. The material on this site may not be reproduced, distributed, transmitted, cached or otherwise used, except with prior written permission of Futurism. Articles may contain affiliate links which enable us to share in the revenue of any purchases made.
Fonts by Typekit and Monotype.