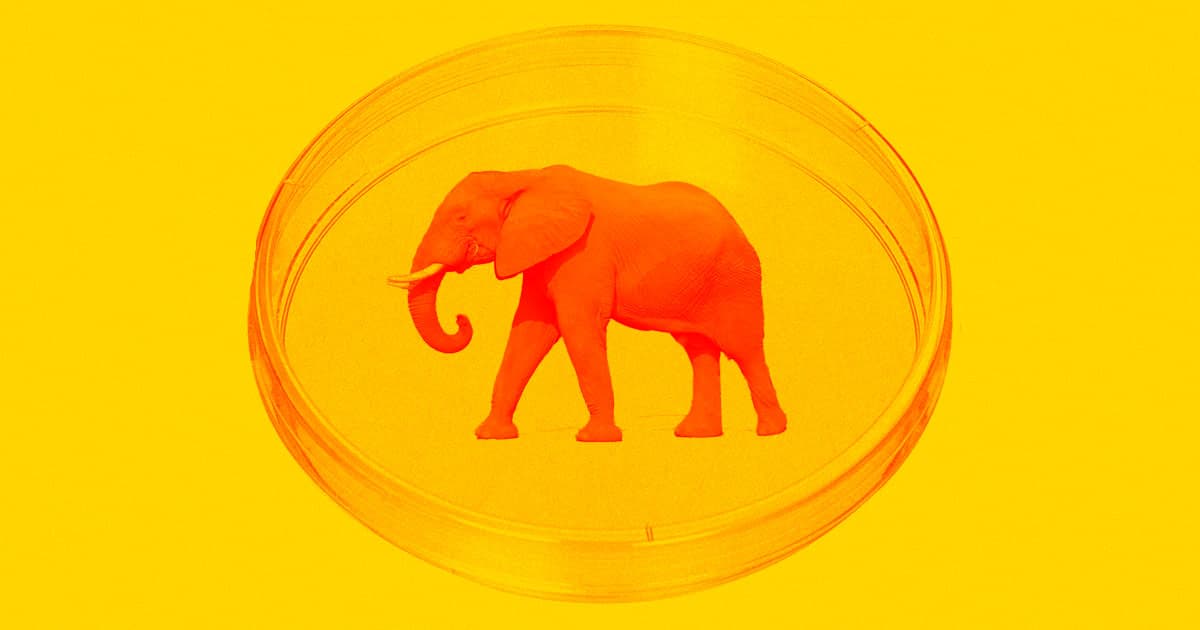 These Startups Want to Feed You Lab-Grown Giraffe, Elephant Meat

Would you eat an endangered animal burger if it was grown in a lab?

Would you eat an endangered animal burger if it was grown in a lab?

Most of the non-fish meat the world eats comes from three sources: cows, chickens, and pigs.

But now that scientists are starting to figure out how to grow meat from stem cells in the lab — no killing of animals required — startups are looking forward to the day when they can serve up all sorts of currently taboo meats, from giraffe and elephant to dinosaur and even human.

VOW Foods' current focus is on growing kangaroo meat, but a fascinating new Inverse story looks at how the startup eventually hopes to create a modern "Noah's Ark" — except instead of collecting actual animals, it would build a library of their cells for meat cultivation.

"Nature has incredible diversity so there is great potential to create new food experiences," co-founder George Peppou recently said a press release. "Our cell library will discover and catalogue new flavor, texture, and nutritional profiles that we can also combine to create amazing new food experiences."

Animal welfare and ethics professor James Serpell predicts that people might even be more eager to eat lab-grown versions of exotic meats than ones they're familiar with.

"Paradoxically, it may be easier to get people to eat lab-grown exotic flesh than lab-grown beef," he told Inverse. "Lab-grown beef may not live up to the reality of real beef, where if it’s something people have no expectations of, they may just want to try it. It’s a very unpredictable scenario."

Brands We Love
This Self-Watering Indoor Garden Makes It Easier Than Ever to Grow Fruits and Veggies
1. 19. 21
Read More
Brands We Love
Stuck Inside? The Future of Grocery Shopping is Meal Delivery Services
4. 13. 20
Read More
Brands We Love
Water Is Important, but What Your Body Really Needs Is Proper Hydration
9. 25. 19
Read More
+Social+Newsletter
TopicsAbout UsContact Us
Copyright ©, Camden Media Inc All Rights Reserved. See our User Agreement, Privacy Policy and Data Use Policy. The material on this site may not be reproduced, distributed, transmitted, cached or otherwise used, except with prior written permission of Futurism. Fonts by Typekit and Monotype.