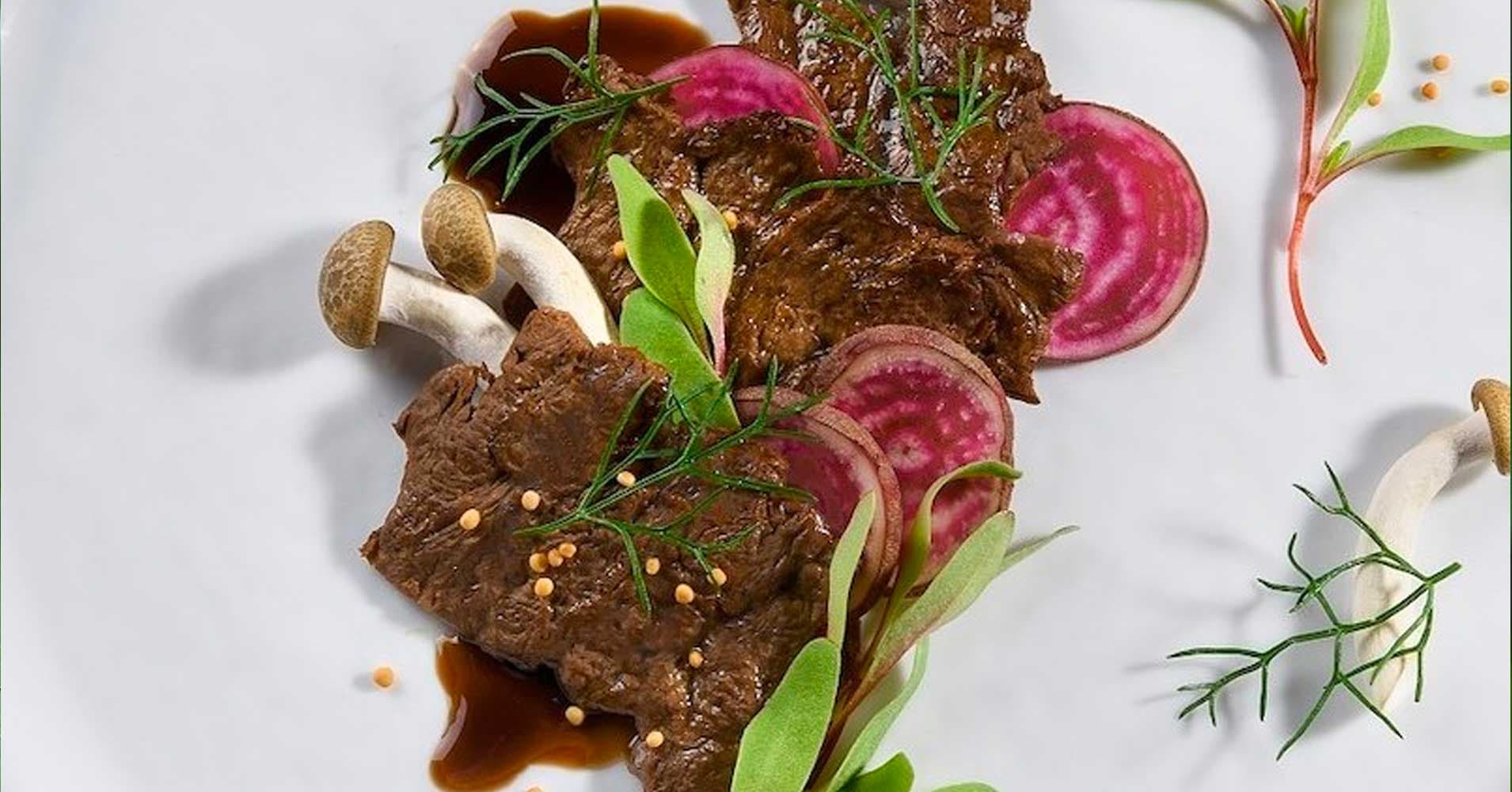 For the First Time, a Startup Grew a Steak in a Lab

It reportedly smells and tastes like a regular steak.

It reportedly smells and tastes like a regular steak.

An Israeli startup appears to have achieved a landmark accomplishment in the fake meat industry: lab-grown steak.

On Wednesday, Aleph Farms announced that it had grown a steak in a lab using cells extracted from a living cow. In a video shared alongside the announcement, a chef cooks up what looks like a regular beef steak, albeit one on the smaller side.

"The initial products are still relatively thin," Aleph Farms CEO Didier Toubia acknowledges in a press release, "but the technology we developed marks a true breakthrough and a great leap forward in producing a cell-grown steak."

It's been five years since the public reveal of the first lab-grown hamburger. Since then, researchers have been able to dramatically improve upon the process of growing meat. What they haven't been able to do is replicate the texture and structure of the specific cuts you'd find at a butcher.

"Making a patty or a sausage from cells cultured outside the animal is challenging enough," Toubia said. "Imagine how difficult it is to create a whole-muscle steak."

But that's what Aleph Farms has seemingly done.

The key was finding a nutrient combination that would encourage the extracted animal cells to grow into a tissue structure comparable to that found in an actual cow. The company managed this using a bio-engineering platform co-developed with the Technion – Israel Institute of Technology.

In an interview published by Business Insider on Wednesday, Toubia revealed that a steak like the one highlighted in Aleph Farms's video takes two to three weeks to grow and costs about $50.

He also answered the question no doubt on the mind of anyone who watched the video of his company's lab-grown steak sizzling in a skillet: whether it tastes good.

"The smell was great when we cooked it, exactly the same characteristic flavor as a conventional meat cut," Toubia said. "It was a little bit chewy, same as meat. We saw and felt the fibers when we cut it with a knife."

READ MORE: An Israeli Startup With Ties to America's Most Popular Hummus Brand Says It Made the World's First Lab-Grown Steak — a Holy Grail for the Industry [Business Insider]

More on lab-grown meat: We’re About to Get Many More Meat Alternatives

Going Meatless
There's a Huge, Angry Backlash Against Fake Meat
10. 8. 19
Read More
Future Meat
This Is the Biggest Thanksgiving Ever for Fake Meat
11. 22. 18
Read More
Switzerland Rules That You Must Stun Your Food Before You Kill It
1. 17. 18
Read More
+Social+Newsletter
TopicsAbout UsContact Us
Copyright ©, Camden Media Inc All Rights Reserved. See our User Agreement, Privacy Policy and Data Use Policy. The material on this site may not be reproduced, distributed, transmitted, cached or otherwise used, except with prior written permission of Futurism. Articles may contain affiliate links which enable us to share in the revenue of any purchases made.
Fonts by Typekit and Monotype.