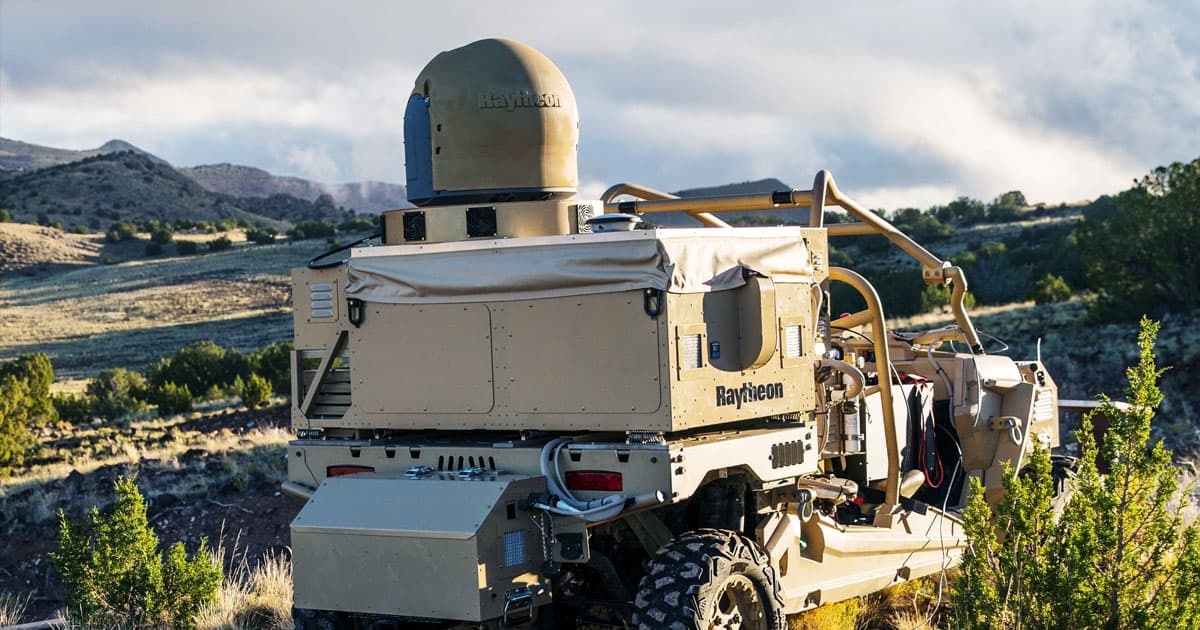 The Air Force Just Got a Brutal New Laser Cannon

The U.S. Air Force finally has its hands on the laser cannon that military tech contractor Raytheon built for it.

The laser weapon, which can be mounted onto the back of a vehicle, is designed to help the Air Force take down hostile drones, Engadget reports. While the military will spend another year testing the cannon, the delivery represents an escalation in the arms race as more countries work to develop dangerous lasers.

The Air Force will test out the cannon in real-world scenarios overseas for the next year, though it’s not clear how that’s distinct from active deployment.

The laser itself can fire dozens of shots per charge, according to Raytheon. But the Air Force could also hook it up to a generator to deliver a “nearly infinite number of shots,” the contractor said.

The system comes equipped with infrared and optical sensors that allow it to spot, track, and ultimately target drones in the area, zapping them straight out of the sky.

More on lasers: The U.S. Military Is Mounting a Giant Laser Cannon on a Destroyer

From Our Partners
Defend The Galaxy With 26% Off This Laser Sword
10. 21. 21
Read More
Time Twister
Astrophysicist Says He Knows How to Build a Time Machine
1. 2. 20
Read More
From Sci-Fi to Reality: The Future of Warfare
1. 17. 17
Read More
+Social+Newsletter
TopicsAbout UsContact Us
Copyright ©, Camden Media Inc All Rights Reserved. See our User Agreement, Privacy Policy and Data Use Policy. The material on this site may not be reproduced, distributed, transmitted, cached or otherwise used, except with prior written permission of Futurism. Fonts by Typekit and Monotype.