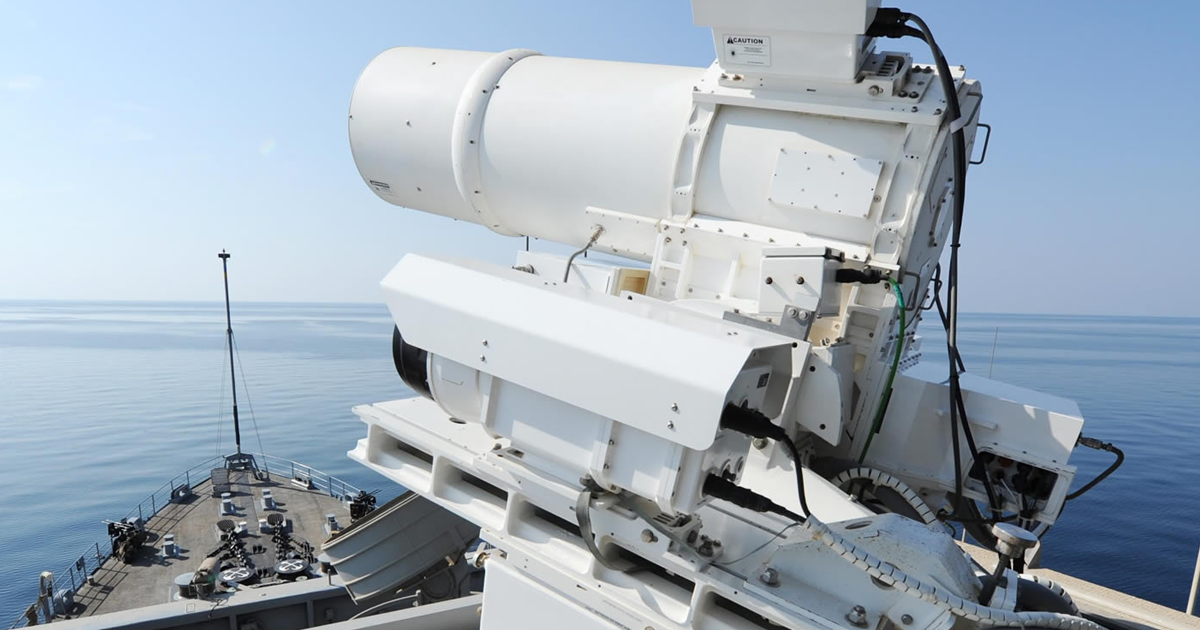 The U.S. Military is Mounting a Giant Laser Cannon on a Destroyer

The HELIOS system is designed to obliterate drones and small boats.

The HELIOS system is designed to obliterate drones and small boats.

The U.S. Navy says that it's going to outfit a Destroyer ship with a laser system made by military contractor Lockheed Martin — and with the dramatic name HELIOS, which stands for High Energy Laser and Integrated Optical-dazzler with Surveillance.

"The HELIOS program is the first of its kind, and brings together laser weapon, long-range [intelligence and surveillance] and counter-[unmanned aerial system] capabilities, dramatically increasing the situational awareness and layered defense options available to the U.S. Navy," said Lockheed spokesperson Michele Evans in a statement.

The HELIOS system is designed to obliterate drones and small boats, according to Popular Mechanics — and it also reportedly has surveillance and reconnaissance capabilities.

The system is 60 kilowatts, which PopMech pointed out is twice the power of an earlier system the Navy deployed on an amphibious transport ship.

The system will cost $150 million dollars, and the Navy hopes to install it by 2021.

"Hoodwinked"
New Pentagon Group Accused of Trying to "Bury" UFOs Again
12. 3. 21
Read More
Hmmmmmm
The Pentagon Just Released Its UFO Report
6. 25. 21
Read More
Drone Tanker News
The US Navy Just Used a Drone to Refuel a Fighter Jet in Midair
6. 7. 21
Read More
+Social+Newsletter
TopicsAbout UsContact Us
Copyright ©, Camden Media Inc All Rights Reserved. See our User Agreement, Privacy Policy and Data Use Policy. The material on this site may not be reproduced, distributed, transmitted, cached or otherwise used, except with prior written permission of Futurism. Articles may contain affiliate links which enable us to share in the revenue of any purchases made.
Fonts by Typekit and Monotype.