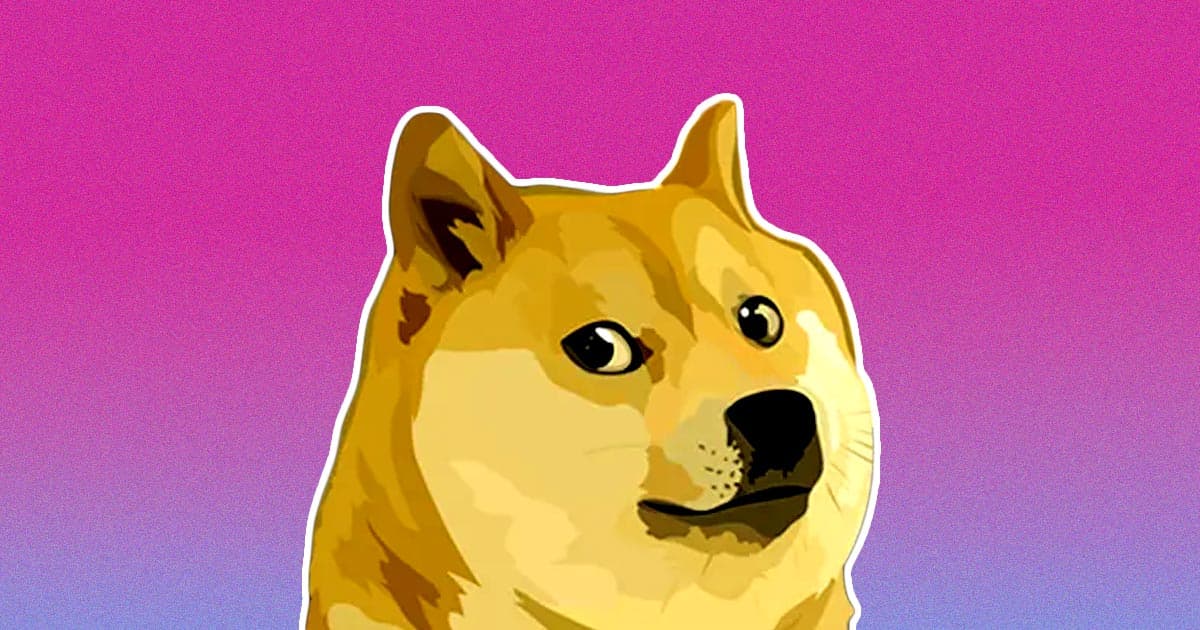 "About a year ago when Musk was saying something about crypto, I said Elon Musk was and always will be a grifter but the world loves grifters," Palmer said in a new interview with Australian news outlet Crikey. "They love the idea that they may also be a billionaire one day, and that’s the dream he’s selling."

It's not the first time Palmer has expressed his derision for Musk and cryptocurrencies writ large.

In fact, Dogecoin was originally created as a joke back in 2013, which at the time amounted to little more than a nod to a common internet meme.

"After years of studying it," Palmer wrote in an eye-opening Twitter thread last year, "I believe that cryptocurrency is an inherently right-wing, hyper-capitalistic technology built primarily to amplify the wealth of its proponents through a combination of tax avoidance, diminished regulatory oversight and artificially enforced scarcity."

Dogecoin's other cocreator, Billy Markus, is on friendly terms with Musk, often trading lighthearted banter with the billionaire on Twitter.

But Palmer is out for blood, and Musk, who has long hyped up Dogecoin by tweeting memes about it, is square in his sights — especially when it comes to the billionaire CEO's controversial bid to buy Twitter.

"His play is to either dismantle all trust, or maybe he’s delusional enough to think he can build an alternative," Palmer told Crikey, referring to Musk's attempt to buy the social media network. "The other alternative is that he wants to drive it into the ground at a much lower price, and I think that’s what he’s doing."

Palmer may be right. Given Musk's most recent actions, including coming up with far-fetched excuses not to go ahead with the deal — Musk waived due diligence in his agreement with Twitter — it's not a stretch to believe Musk is trying to score a lower price. And that's without having to pay a $1 billion fine for backing out.

Other than ripping into Musk, Palmer also took the opportunity to reaffirm his belief that crypto is in for a rude awakening, a bubble that's set to burst in the longer term.

"It’s going to be a lot more painful and unfortunately it will probably affect minorities and those at the lower end of the socioeconomic spectrum when it happens," he told the Australian publication. "So, when people who have been suckered in, people who’ve been sold on the [viral cryptocurrency-promoting] Matt Damon commercial and who put their [retirement fund] 401k in, those are unfortunately the people who are going to be hurt."

Fortunately, to Palmer, there's a silver lining to such an event.

"There’s been an awakening," he added. "They’re realizing ‘well, this is actually bullshit’. They’re seeing the cracks in the paint."

Only time will tell if the tides really are about to turn, but given the latest crypto crashes and high profile cases of scams, it's not a stretch to suggest people are starting to become wary of the trend.

Perhaps, the same goes for the ventures of a larger-than-life figure like Musk.

More on Palmer: The Creator of Dogecoin Says He Now Believes That All Cryptocurrency Is Horrible

Read This Next
Moving Money
Crypto.com Accidentally Sent $400 Million to a Competitor
Staking Ether
Oops! Ethereum's Merge May Cause Huge Problems With the SEC
Crypto Probe
Coinbase Reportedly Under Investigation by the SEC
Crypto Cash Out
Tesla Sells Off Most of Its Bitcoin, at a Huge Loss
Ponzi Party
Crypto Founders Say It's Not Their Fault They're Enabling Ponzi Schemes
More on Blocknik
Another One
Wednesday on the byte
Coinbase May Be in Real Serious Trouble Now
Laundry Day
Wednesday on the byte
Someone's Converting Millions of the Stolen FTX Funds Into Bitcoin
Tweeter's Brain
Monday on the byte
Sam Bankman-Fried's Lawyers Quit Because of His "Incessant and Disruptive Tweeting"
READ MORE STORIES ABOUT / Blocknik
Keep up.
Subscribe to our daily newsletter to keep in touch with the subjects shaping our future.
+Social+Newsletter
TopicsAbout UsContact Us
Copyright ©, Camden Media Inc All Rights Reserved. See our User Agreement, Privacy Policy and Data Use Policy. The material on this site may not be reproduced, distributed, transmitted, cached or otherwise used, except with prior written permission of Futurism. Articles may contain affiliate links which enable us to share in the revenue of any purchases made.
Fonts by Typekit and Monotype.