This is getting messier and messier. 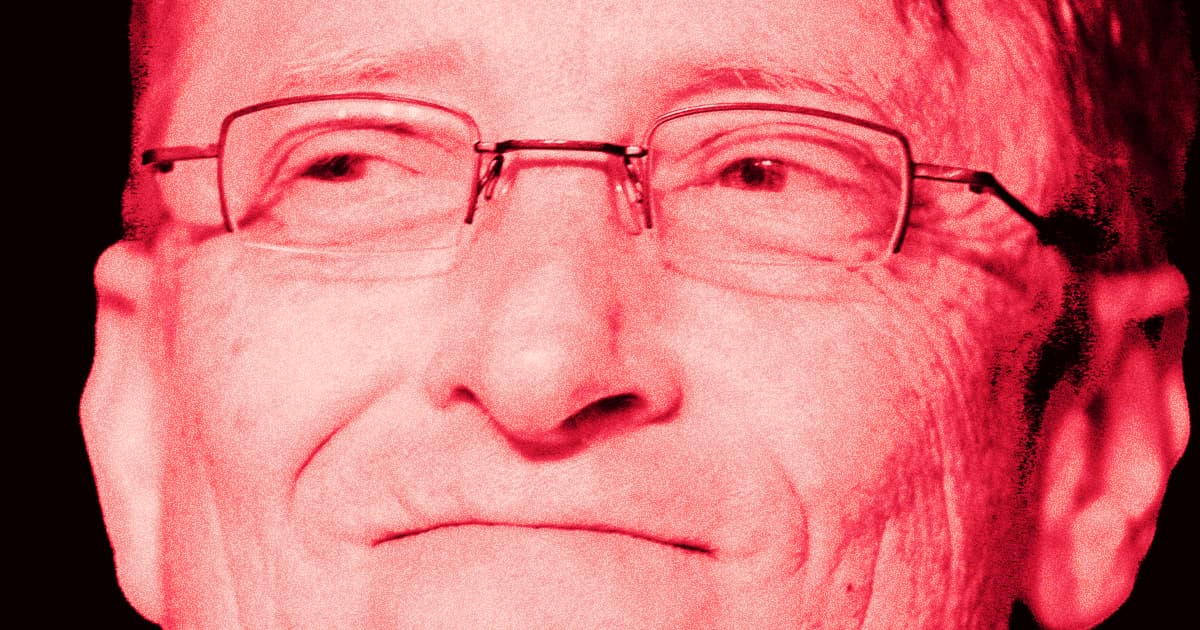 When mega-billionaire software guy Bill Gates stepped down from the boards of Microsoft and Berkshire Hathaway last year, he said that his intention was to spend more time on his charity efforts.

But a blockbuster Wall Street Journal investigation — coming out in the context of Gates' high-profile divorce — has now found that his resignation from Microsoft came as the board was investigating him for an "inappropriate" relationship with a female Microsoft employee.

Earlier in his career, Gates was known as a cutthroat businessman. In recent decades, that narrative has shifted immensely as he became known for philanthropic, environmental, and public health initiatives. But as the billionaire's marriage unspools, and new revelations keep dropping, his public image may be due for yet another reevaluation.

Microsoft confirmed to the WSJ that its board had indeed been investigating Gates at the time of his resignation.

"Microsoft received a concern in the latter half of 2019 that Bill Gates sought to initiate an intimate relationship with a company employee in the year 2000," a Microsoft spokesman told the newspaper. "A committee of the Board reviewed the concern, aided by an outside law firm to conduct a thorough investigation. Throughout the investigation, Microsoft provided extensive support to the employee who raised the concern."

A spokesperson for Gates portrayed the incident differently.

"There was an affair almost 20 years ago which ended amicably," she told the WSJ, adding that Gates' "decision to transition off the board was in no way related to this matter. In fact, he had expressed an interest in spending more time on his philanthropy starting several years earlier."

The news of the investigation follows the revelation that Melinda French Gates, Bill Gates' longtime wife, started speaking with divorce lawyers around the time that Gates' relationship with disgraced financier and sex criminal Jeffrey Epstein became public in 2019.

The incident also comes in the context of Microsoft's own reckoning about gender, power, and sexual harassment at the company after numerous women there shared their experiences in an email chain obtained by Quartz in 2019.

READ MORE: Bill Gates Left Microsoft Board Amid Probe Into Prior Relationship With Staffer [The Wall Street Journal]

More on Bill Gates: Before Divorce, Melinda Gates Was Furious at Bill Gates for Epstein Relationship

Read This Next
Might See Nonsense
MSN Fired Its Human Journalists and Replaced Them With AI That Publishes Fake News About Mermaids and Bigfoot
Market Madness
Bill Gates Says He's Quite Concerned About the Global Economy
Evil Personified
Melinda Gates Slams Ex-Husband for Friendship With "Abhorrent" Jeffrey Epstein
Lolita Express
Jeffrey Epstein's Private Pilot Says Famed NASA Astronaut Rode on His Jet
You Can't Say That on Xbox
Microsoft Wants to Censor Xbox Live Voice Chat in Real Time
More on Future Society
I Silence Thee
Jan 28 on futurism
Leaked Messages Seem to Show Elon Musk Using Twitter to Punish His Enemies
Gas Giant
Jan 27 on the byte
Journalist Eats Lab-Grown Chicken, Gets "Weirdly Gassy"
Musk Rats
Jan 26 on the byte
Twitter Is Quietly Re-Suspending the Lunatics Elon Musk Let Back On
READ MORE STORIES ABOUT / Future Society
Keep up.
Subscribe to our daily newsletter to keep in touch with the subjects shaping our future.
+Social+Newsletter
TopicsAbout UsContact Us
Copyright ©, Camden Media Inc All Rights Reserved. See our User Agreement, Privacy Policy and Data Use Policy. The material on this site may not be reproduced, distributed, transmitted, cached or otherwise used, except with prior written permission of Futurism. Articles may contain affiliate links which enable us to share in the revenue of any purchases made.
Fonts by Typekit and Monotype.