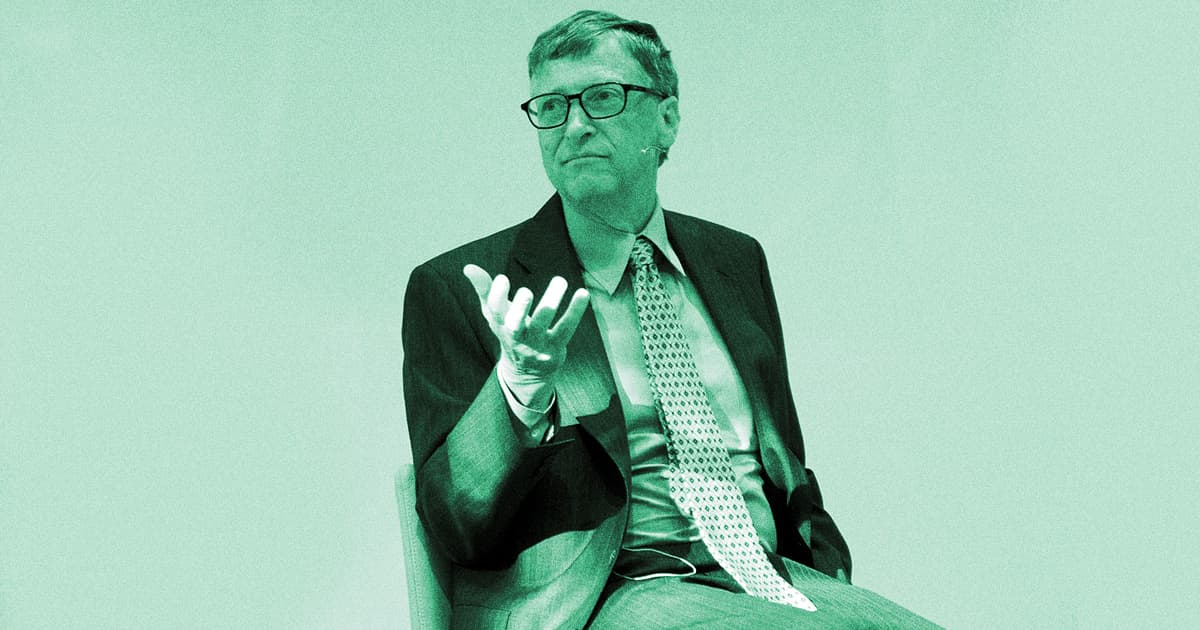 Back on the Apps

Bill Gates, Who Wants to Geoengineer the Earth, Is Getting a Divorce

This divorce could have a big impact on medicine, the climate, and philanthropy in general.

This divorce could have a big impact on medicine, the climate, and philanthropy in general.

Bill Gates, the Microsoft founder turned mega-billionaire philanthropist who's currently number four on the "world's richest person" standings and wants to actively geoengineer our planet and release gene-edited animals to fight disease, is getting a divorce.

Gates announced the separation from his wife of 27 years, Melinda Gates, over Twitter on Monday.

"After a great deal of thought and a lot of work on our relationship, we have made the decision to end our marriage," Gates tweeted. "Over the last 27 years, we have raised three incredible children and built a foundation that works all over the world to enable all people to lead healthy, productive lives. We continue to share a belief in that mission and will continue our work together at the foundation, but we no longer believe we can grow together as a couple in this next phase of our lives."

"We ask for space and privacy for our family as we begin to navigate this new life," Gates concluded his tweet, before broadcasting it to his audience of 54.7 million followers.

Love it or hate it, the Bill and Melinda Gates Foundation has an enormous influence on climate change mitigation, biomedical research, biotech, international medical policy, and much more.

And while Gates said that the two would continue to work on their philanthropic goals together, it seems likely that there will be at least some disruption to the foundation's work, which could mean an outsize influence on the world around them.

Moreover, CNBC reports, the financial implications of the split remain unclear. While Bill and Melinda Gates seemed to be equal partners in the foundation, the two of them had different priorities — Bill invested more heavily in climate change and energy while Melinda invested in gender equality initiatives — so it will be interesting to see whether the foundation changes course as its namesakes go down their separate paths.

READ MORE: Bill Gates and Melinda Gates are splitting up after 27 years [CNBC]