Bill Gates Says He's Quite Concerned About the Global Economy

"I'm afraid the bears on this one have a pretty strong argument that concerns me a lot." 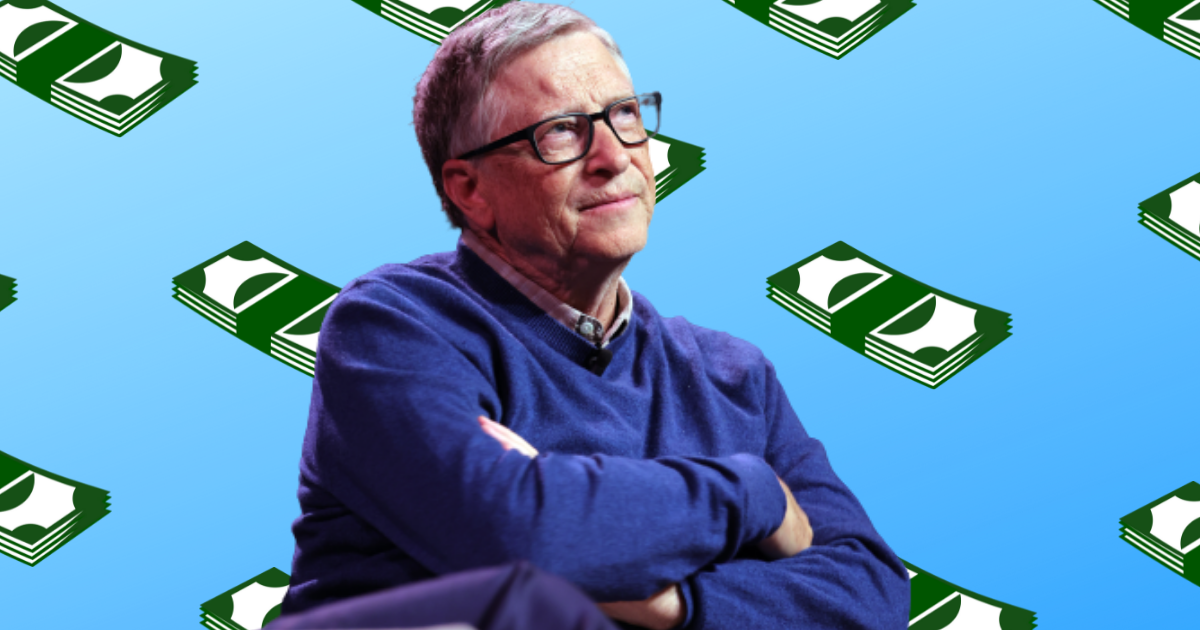 Bill Gates is reading the signs, and he says they don't point in a positive direction for the global economy.

In an interview with CNN, Gates said he was worried about rising inflation. The billionaire investor and Microsoft cofounder said government debt levels were high before the pandemic, which then caused dramatic supply chain shortages that only made the economy worse.

"It's likely to accelerate the inflationary problems that rich world economies have and force an increase in interest rates that eventually will result in an economic slowdown," Gates told CNN. "I'm afraid the bears on this one have a pretty strong argument that concerns me a lot."

For those of us who don't live on Wall Street, a bear market is one in decline. A bear investor, therefore, is somebody who bets against stock prices rising in order to make a profit. On other words, Gates think the pessimists are actually just being realistic — at least for now.

This could explain Gates' short stock position against Tesla, which exploded into public view when it caused a public beef between himself and Tesla CEO Elon Musk. In leaked texts, Musk said if Gates really believed in fighting climate change, he'd be betting on the side of an eco-friendly company that reduces emissions.

The new CNN interview suggests that Gates may not have it out specifically for Tesla, though. Why would a bear investor bet prices would go up?

Musk probably feels a lot different than the average person, who wouldn't be surprised by Gates' words in the slightest. Just ask anybody who's been keeping up with the price of gas and milk where the economy is headed — it doesn't take a genius to see everyday goods cost more than ever.

Although federal interest rates and inflation are connected, Gates reminded viewers that it's not just about the numbers, but the people as well. Specifically, he fretted that a slowdown in the economies of wealthy countries could have a cascading effect that would affect poor countries as well.

He also said, in a nod to his longstanding philanthropic public health work, that it's important to keep the economy strong in order to better face future pandemics.

"If we're going to be serious about preventing the next pandemic, we need to not just go back to pre-COVID aid levels but increase investments in strengthening health systems (which will also help shrink the overall health gap between the rich and the poor)," he wrote in an April blog post.

More on unpredictable markets: Oops! Hacker Steals $1 Million In Crypto And Then Destroys It