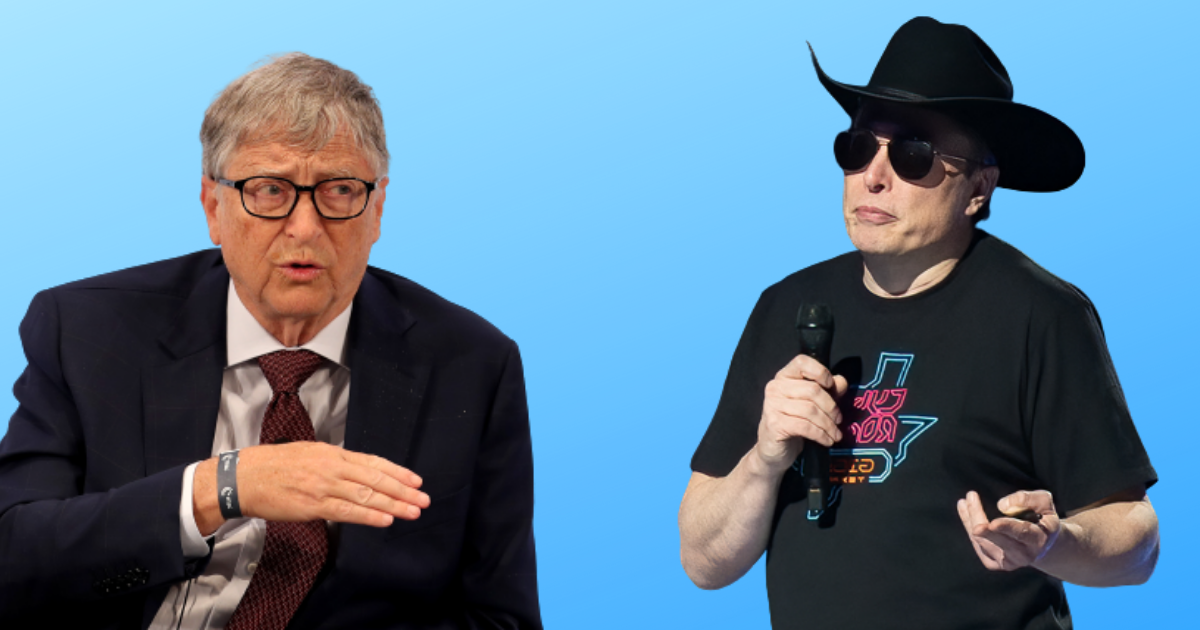 Billionaire tea sure is sweet.

Billionaire tea sure is sweet.

Elon Musk just confirmed he and Bill Gates have beef.

“Sorry, but I cannot take your philanthropy on climate change seriously when you have a massive short position against Tesla, the company doing the most to solve climate change,” Musk shot back after Gates admitted to holding a half-billion-dollar short against his company.

So apparently Bill Gates hit up @elonmusk to discuss “philanthropy on climate change” but Elon asked if he still had a half billion dollar short position on $TSLA.

Bill said he hasn’t closed it out, so Elon told him to get lost. No idea if this is true lol pic.twitter.com/iuHkDG3bAd

The original post said the author wasn’t certain if the texts were real, but Musk confirmed them himself only hours later yesterday evening. Musk replied to a comment tagging him, pictured below, and said the texts must’ve been leaked by someone who has access to his circle.

Yeah, but I didn’t leak it to NYT. They must have got it through friends of friends.

I heard from multiple people at TED that Gates still had half billion short against Tesla, which is why I asked him, so it’s not exactly top secret.

Several commenters called out the fact that Gates looks pretty hypocritical by publicly supporting and funding massive climate change efforts yet holding a short position against an EV company. Short selling a stock means the purchaser is betting the stock price will go down, since a short stock only makes money when a stock price drops, and loses money if the price increases.

Why then, would Gates, a supposedly brash climate change warrior, bet against a company creating electric vehicles that use far less fossil fuel?

“So Gates is an advocate for climate change, and he shorts the one company that’s leading it and pushing the auto industry to change it? What a ‘nice’ guy,” one Twitter used replied to Musk’s statement.

The user has a point, but Gates is a billionaire, too. He clearly likes to make money. If he actually thought Tesla stock would drop eventually, his position would be grotesque and opportunistic but logical. It’s also just as easy to see why Musk wouldn’t want to work a guy like that, especially given Gates’ recent public scandals both political and personal.

More on Gates’ opinions: Bill Gates Says Yet Another Pandemic Is Coming

Market Madness
Bill Gates Says He’s Quite Concerned About the Global Economy
May 10
Read More
Much to Unpack
Why Elon Musk Got Bullied In High School
May 6
Read More
Dark Musk
The Dark Reason Elon Musk Is Trashing His Own Newest Employees
Apr 28
Read More
+Social+Newsletter
TopicsAbout UsContact Us
Copyright ©, Camden Media Inc All Rights Reserved. See our User Agreement, Privacy Policy and Data Use Policy. The material on this site may not be reproduced, distributed, transmitted, cached or otherwise used, except with prior written permission of Futurism. Fonts by Typekit and Monotype.