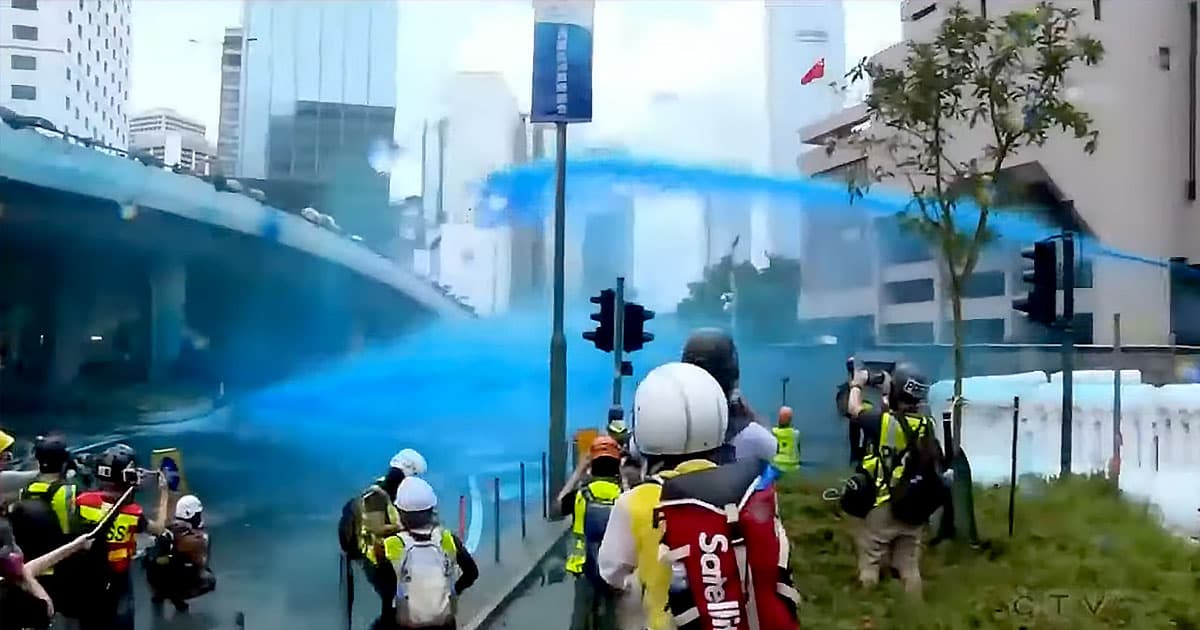 Police Are Spraying Protesters With Dye to Round Them up Later

Protestors found a way around facial recognition tech. Now they have to deal with blue dye.

Protestors found a way around facial recognition tech. Now they have to deal with blue dye.

For three months, protestors have taken to the streets of Hong Kong in opposition of a controversial extradition bill. To avoid being identified by facial recognition technology while protesting — which could lead to their arrest in the future — many have taken to covering their faces with masks.

But now, authorities have found a far more low-tech way to identify even masked protestors: by spraying crowds with cannons full of blue dye.

Images of the dye-spraying cannons flooded social media over the weekend, with social activist Jason Y. Ng sharing his own images of them in action — as well as the stain they produced on a protestor's hand.

Alongside the images, Ng noted that Hong Kong leader Carrie Lam appears to have "meant what she said" when she reportedly noted her intention to lock up all the protestors.

Whether the blue dye lets her achieve that objective or not, its use has added yet another series of surreal images to those that have already emerged from the increasingly violent protests.