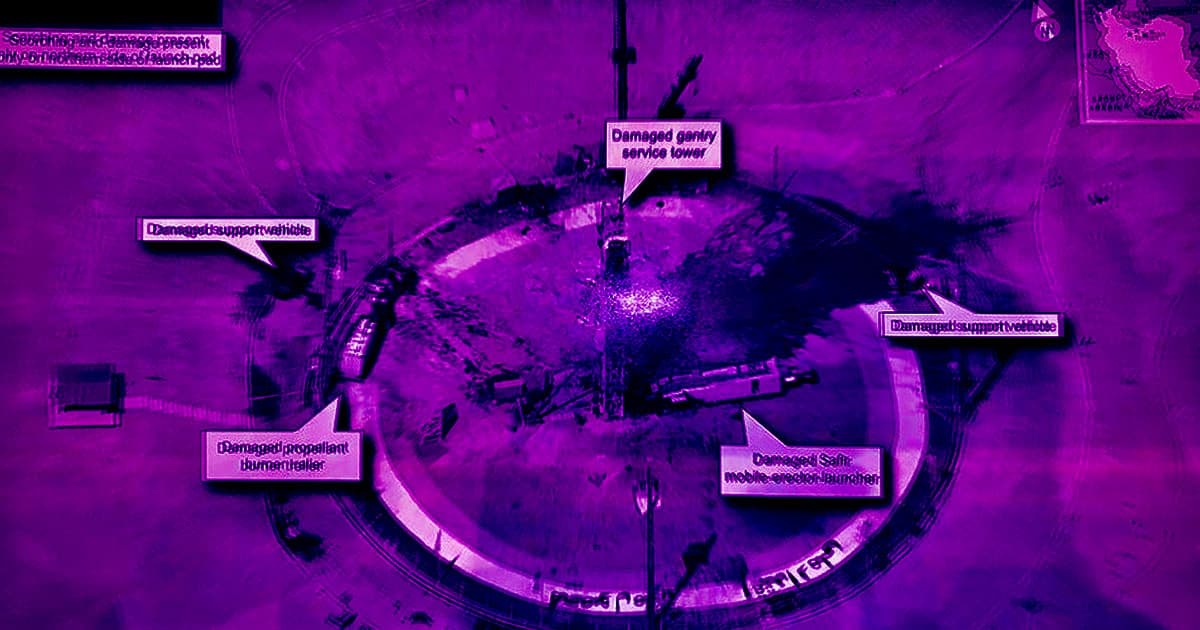 The United States of America was not involved in the catastrophic accident during final launch preparations for the Safir SLV Launch at Semnan Launch Site One in Iran. I wish Iran best wishes and good luck in determining what happened at Site One. pic.twitter.com/z0iDj2L0Y3

But astronomy experts managed to glean much more from the simple image. By analyzing the angle at which the image was taken, they apparently figured out which spy satellite took it and when.

Dutch astronomer and asteroid tracker Marco Langbroek suggests the image could've been taken by USA 224 — an extremely secretive recon satellite which cost around two billion dollars — a day before Trump tweeted the image.

So the position of the satellite at 09:44:23 was taken, and in STK I let the viewq from the satellite point towards the launch platform. That yielded this. It is a very good match so there is no doubt in my mind that it is an image taken by USA 224. pic.twitter.com/R4XGdnzPis

The suspected KH-11-type optical imaging satellite launched in 2011, but has been visible to amateur astronomers and trackers since then.

"They're super bright in the sky and are easy to find," Michael Thompson, a graduate student in astrodynamics at Purdue University, told NPR.

But the extremely high resolution of the image has some astronomers puzzled. Calculations put the resolution at an estimated 10 centimeters per pixel, while the newest commercial satellites take images at only 30, according to Quartz.

"The level of detail in the image is incredible," wrote Langbroek in a blog post. "These are high resolution optical satellites that resemble the Hubble Space Telescope, but look down to Earth instead of to the heavens."

Speak English
Donald Trump Says Bitcoin Is a "Scam"
6. 7. 21
Read More
Trumped
Facebook Oversight Board Rules That Trump Remains Banned
5. 5. 21
Read More
IranCoin
Iran Blames Bitcoin For Massive Electric Grid Blackouts
1. 25. 21
Read More
+Social+Newsletter
TopicsAbout UsContact Us
Copyright ©, Camden Media Inc All Rights Reserved. See our User Agreement, Privacy Policy and Data Use Policy. The material on this site may not be reproduced, distributed, transmitted, cached or otherwise used, except with prior written permission of Futurism. Articles may contain affiliate links which enable us to share in the revenue of any purchases made.
Fonts by Typekit and Monotype.