If there's alien life out there, this planet is an exceptional candidate. 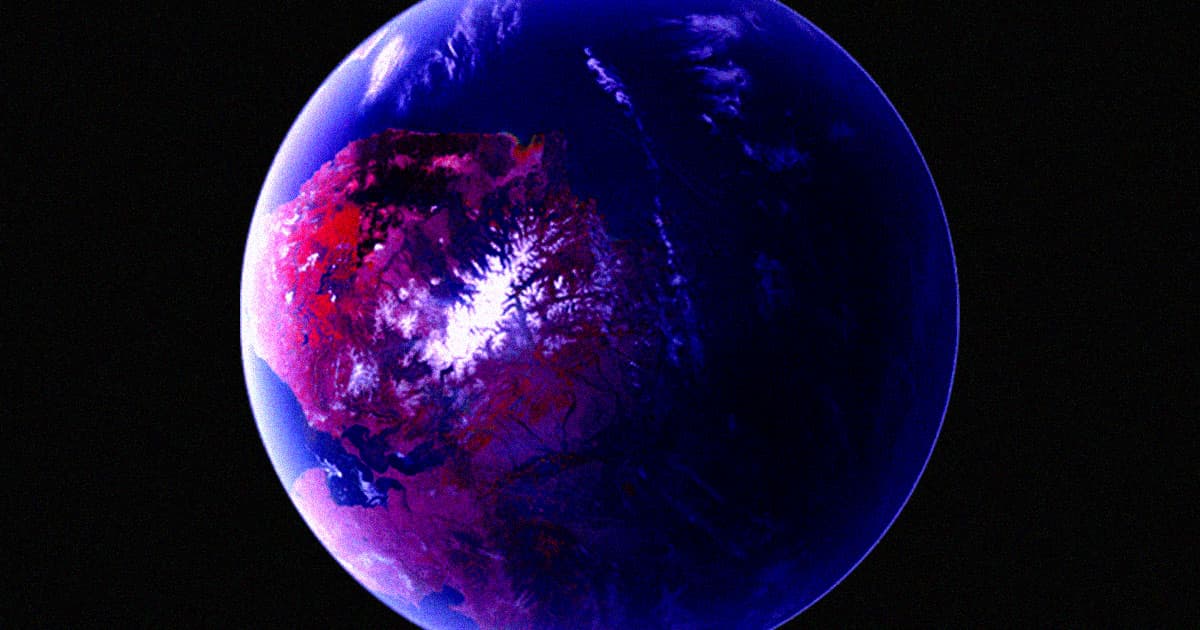 NASA's James Webb Telescope is gearing up to officially begin scientific operations later this summer. And scientists are already excited for it to start scanning distant worlds for signs of life.

There are plenty of places to look, of course. Researchers have already confirmed the existence of almost 5,000 exoplanets, with many more on the way. And out of an estimated 300 million planets suspected to harbor a "Goldilocks" region in which liquid water and thereby life could exist, NASA's Kepler mission alone has confirmed several hundred.

Canadian astronaut legend Chris Hadfield has his own suggestion, opining this past weekend that Kepler-442b would be "an excellent planet for [NASA's James Webb Telescope] to have a look at."

Hadfield's reasoning, according to a quote tweet, was that some experts actually believe that Kepler-442b — which is about 1,200 light-year from Earth, by the way — may be more habitable than our own planet.

In a paper published in The Astrophysical Journal in 2015, a team of astrobiologists argued that several exoplanets identified by NASA's Kepler and K2 missions, including Kepler-442b, were highly likely to possess liquid surface water, like Earth.

"We ranked the known Kepler and K2 planets for habitability and found that several have larger values of H [the probability of it being terrestrial] than Earth," reads the paper.

The researchers' goal was to cut down on the number of exoplanet candidates so we could hit the ground running and observe the most likely candidates first.

"Basically, we've devised a way to take all the observational data that are available and develop a prioritization scheme, so that as we move into a time when there are hundreds of targets available, we might be able to say, 'OK, that's the one we want to start with,'" lead author Rory Barnes from the University of Washington told Wired in 2015.

NASA's JWST will use various methods to take a close peek at the atmospheres of exoplanets orbiting distant stars. Some scientists even suspect it'll be sensitive enough to spot atmospheric pollution from any alien civilizations lurking out there.

Regardless, we could find out soon. The telescope recently locked on to its first star, and is now calibrating its delicate array of golden mirrors. It's our best chance yet at getting a close look at habitable planets outside of our own solar system.

Read This Next
Lonely Planet
Scientists Find Nearby Planet the Same Size of Earth, Plan to Search It for Life
Shoo
Scientists Warn Giant Asteroid Is Actually Swarm, Nearly Impossible to Destroy
A Sip of Opal
NASA Discovers Precious Gemstones on Mars
Moon Wrestling
The Head of NASA Is Scared Chinese Astronauts Will Seize Portions of the Moon
Shot Well
Head of NASA Relieved to Hear Elon Musk Isn't REALLY Running SpaceX
More on Off World
Heavy Metal
Yesterday on the byte
NASA Mars Rover Finds Metallic Object That Smashed Down on Surface
Small But Mighty
Yesterday on the byte
Baby Asteroid Photobombs James Webb On Accident
Little Guy
Yesterday on the byte
Scientists Prototype "Creeping" Lizard-Like Robot for Exploring Mars
READ MORE STORIES ABOUT / Off World
Keep up.
Subscribe to our daily newsletter to keep in touch with the subjects shaping our future.
+Social+Newsletter
TopicsAbout UsContact Us
Copyright ©, Camden Media Inc All Rights Reserved. See our User Agreement, Privacy Policy and Data Use Policy. The material on this site may not be reproduced, distributed, transmitted, cached or otherwise used, except with prior written permission of Futurism. Articles may contain affiliate links which enable us to share in the revenue of any purchases made.
Fonts by Typekit and Monotype.