Hazy Experiments Could Teach Us About Alien Life

This is the first step to figuring out if there there could be life on exoplanets. 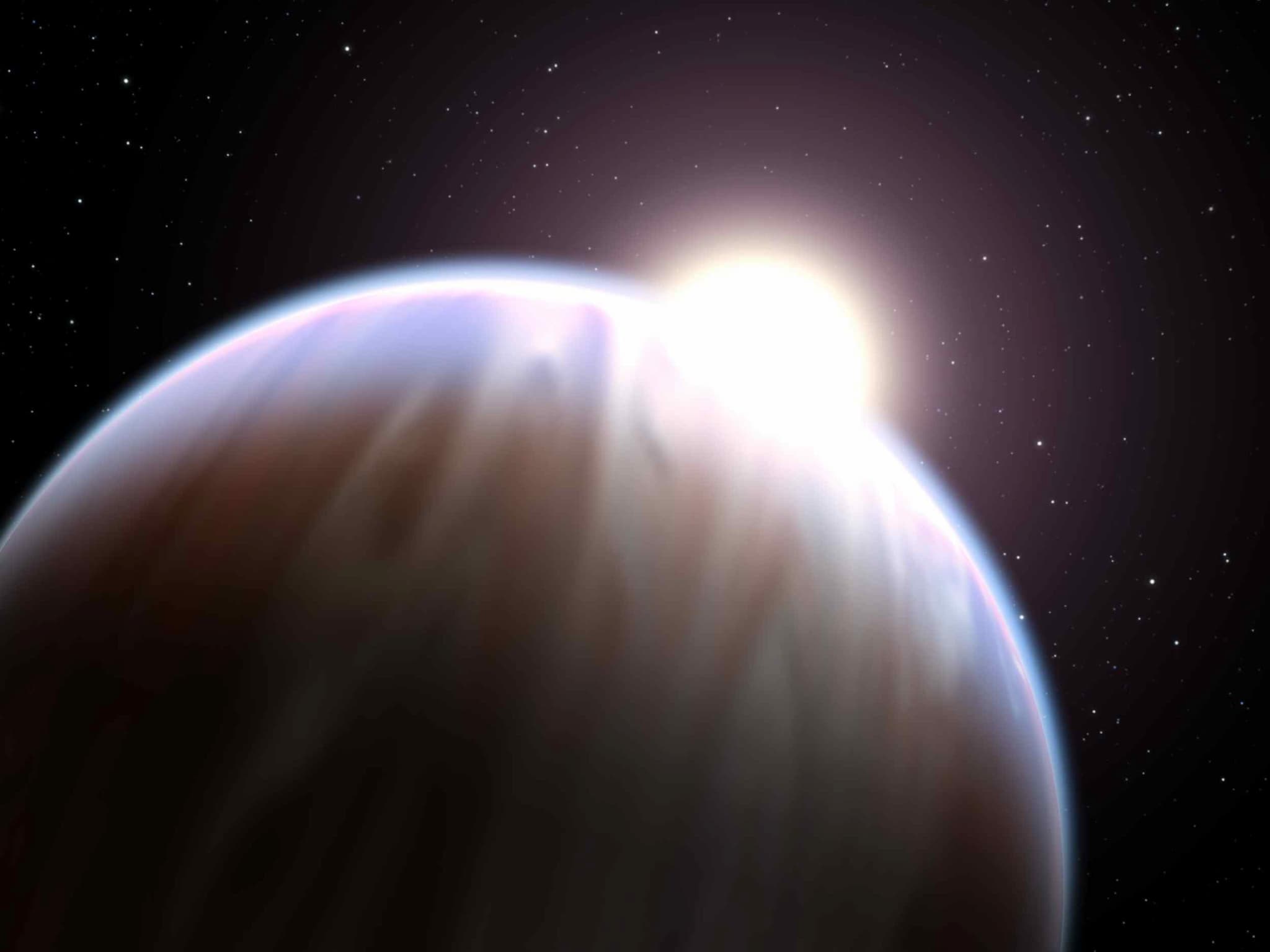 We know of many planets orbiting outside the solar system that, according to scientists, could potentially hold the ingredients responsible for life. However, they are often so far away we can't glean much information from them. One way to bypass the problem is to simulate the atmospheric conditions of these cosmic bodies, known as exoplanets, in a lab. Now Researchers at Johns Hopkins University (JHU) have drastically advanced these simulations by conducting the first-ever lab experiments on haze formation in a simulated exoplanet atmosphere.

The study, published in the journal Nature Astronomy, will help scientists create much better and more comprehensive exoplanet simulations. “One of the reasons why we’re starting to do this work is to understand if having a haze layer on these planets would make them more or less habitable,” said Sarah Hörst, lead author and assistant professor of Earth and planetary sciences at JHU, in a press release.

While scientists can use telescopes to explore what gases make up the atmospheres of exoplanets, these telescopes don't work as well with planets that have hazy atmospheres. This haze, which is made up of gas with suspended solid particles, interacts with light preventing researchers from measuring and understanding the planet's gas composition.

It might seem surprising that these researchers are able to reproduce environments that we can't fully see, let alone understand. But the research team was able to model the atmospheric conditions of super-Earths or mini-Neptunes (the predominant type of exoplanet we have found thus far) by working with a combination of gases they already knew well. In particular, they mapped different levels of three main gases (carbon dioxide, hydrogen, gaseous water), four other gases (helium, carbon monoxide, methane, nitrogen), and three sets of temperatures. Using this method they "created" nine virtual planets.

This research could give scientists the tools to better predict if an unknown exoplanet is likely to be hazy. “Having a haze layer can change the temperature structure of an atmosphere,” said Hörst. Some scientists think that early-Earth may have been protected by such a haze, and so understanding exactly how a haze layer affects the surface of an exoplanet could clue researchers into potential locations for past or future life.

Additionally, with the upcoming launch of the James Webb Space Telescope, it is possible that better understanding this haze will give scientists the information necessary to find ways to peer through it. Haze has stood between scientists and exoplanet research for many years, but now we might not only be able to see through the haze, learning about its nature could help us to better understand life's origins.

Read This Next
History Repeating
Astrobiologist: Humans Are Going to Ruin Outer Space
It's Baby
NASA's TESS Mission Has Spotted Its Smallest Exoplanet Ever
Water Worlds
Exoplanet "Water Worlds" Could Hold Unfathomably Deep Alien Oceans
Moon Cotton
China's Lander Just Sprouted First-Ever Plants on the Moon
Futurism
Scientists Need to Solve These Two Mysteries to Find Life on Mars
More on Off World
Take Cover
Yesterday on the byte
Space Startup Blows Up Another Giant Inflatable Space Station Module
Rock Blast
Yesterday on the byte
Scientists Say There's an Upside to Those Rocks That Keep Bludgeoning the James Webb
Meathead Theory
Yesterday on the byte
Professor Receives Insane Email Claiming "Biological" Green Comet Is Giving Off "Meat Smoke"
READ MORE STORIES ABOUT / Off World
Keep up.
Subscribe to our daily newsletter to keep in touch with the subjects shaping our future.
+Social+Newsletter
TopicsAbout UsContact Us
Copyright ©, Camden Media Inc All Rights Reserved. See our User Agreement, Privacy Policy and Data Use Policy. The material on this site may not be reproduced, distributed, transmitted, cached or otherwise used, except with prior written permission of Futurism. Articles may contain affiliate links which enable us to share in the revenue of any purchases made.
Fonts by Typekit and Monotype.