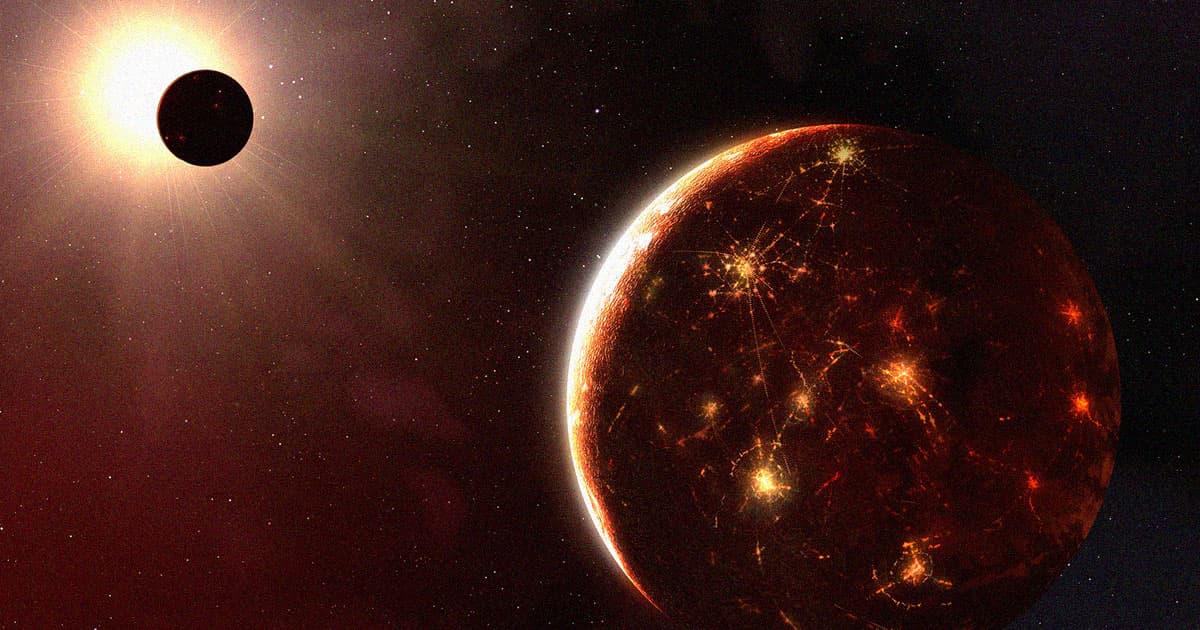 The telescope is powerful enough to directly image individual exoplanets orbiting distant stars, a tantalizing prospect that some say could lead to us finding out once and for all if we’re alone in the universe — or not.

In a not-yet-peer-reviewed paper spotted by Universe Today, a team of astronomers from NASA and other institutions suggested that the JWST could be used to spot planets with detectable traces of chlorofluorocarbons (CFCs) in their atmosphere.

Their reasoning: greenhouses gases like CFCs could be signs of extraterrestrial civilizations, since the same gases led to humanity punching a hole in the Earth’s ozone layer, in a clear marker of an industrialized civilization. In short, aliens who have polluted their atmosphere could provide a giveaway sign of extraterrestrial life.

The team even identified a good first target to look for CFCs: TRAPPIST-1, a system made up of several Earth-sized planets orbiting a red dwarf star a mere 40 light-years away.

“CFCs are a notable example of a technosignature on Earth, and the detection of CFCs on a planet like TRAPPIST-1e would be difficult to explain through any biological or geologic features we know of today,” read the paper.

TRAPPIST-1 is relatively dim, which means the JWST’s infrared spectrometers wouldn’t be overpowered by it. In fact, our own Sun would be far too bright if a telescope like the JWST were to attempt the same thing, but from a TRAPPIST-1 vantage point.

But that could soon change as we come up with even more capable technologies.

“In the next few decades there will be at least two of Earth’s passive technosignatures, radio emissions and atmospheric pollution, that would be detectable by our own technology around the nearest star,”  the team concludes.

READ MORE: Webb Telescope might be able to detect other civilizations by their air pollution [Universe Today]

More on the JWST: The James Webb Space Telescope Just Locked Onto Its First Star