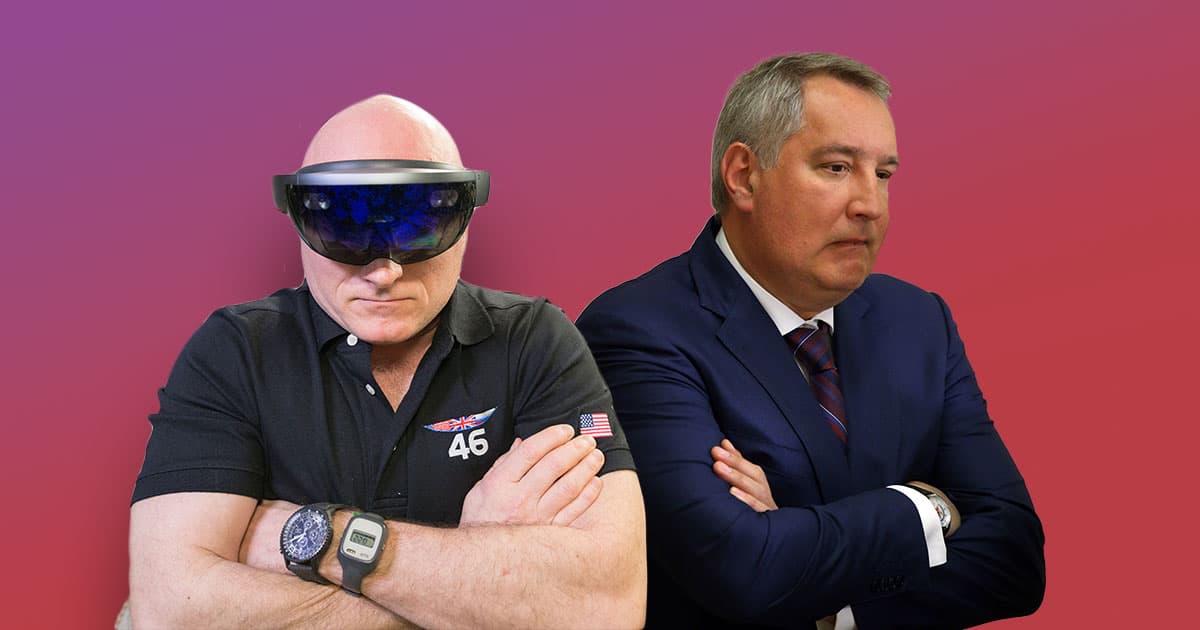 It looks like the drama is finally over — at least for now.

NASA astronaut Scott Kelly said that he "backed off" his bitter feud with Dmitry Rogozin, the head of Russia’s space program Roscosmos, after the agency sent him and other former astronauts an email warning that the feuding was "damaging" to operations aboard the International Space Station (ISS).

The email, which was seen by CNN, offered the space agency's most direct condemnation yet of Kelly’s pugilistic flame war against the Russian space chief yet. It also exudes the energy of a teacher admonishing their students for fighting on the playground.

"As Americans, each of us enjoys freedom of speech and you are all empowered to speak your mind," the email said. "However, please know that as former NASA astronauts, your words carry additional weight and attacking our Russian partners is damaging to our current mission."

Kelly told the broadcaster that he’s going to heed the agency’s words and stop attacking Rogozin directly — but it doesn’t mean he’s going to stay completely silent about the Russian invasion of Ukraine.

"Yes, I saw the email and backed off Rogozin. I didn't have to, but I respect NASA, NASA's position and the official that sent it," Kelly said, adding that he would continue to oppose the war in fluent Russian.

The whole kerfuffle kicked off in the wake of the invasion of Ukraine. Rogozin, who is no stranger to controversy and outlandish behavior, has made his feelings clear on Twitter where he's been posting a constant stream of pro-Putin and anti-US propaganda.

Bafflingly, the Roscosmos chief has even threatened to destroy the ISS by allowing it to fall to Earth. So we can’t really blame Kelly, a veteran of four space flights and a former commander of the ISS, for wanting to hit back.

However, it’s intriguing that the situation has gotten bad enough that NASA thought it’d be wise to warn Kelly to cut it out.

While experts believe that geopolitical tensions on Earth wouldn’t impact cooperation aboard the ISS, maybe there are more cracks in those relationships than we expected (no, not those cracks).

READ MORE: Former astronaut to back off Twitter war with head of Russian space agency [CNN]