"Try to hold a Musk-led company to flight rules? You're 'fundamentally broken.'" 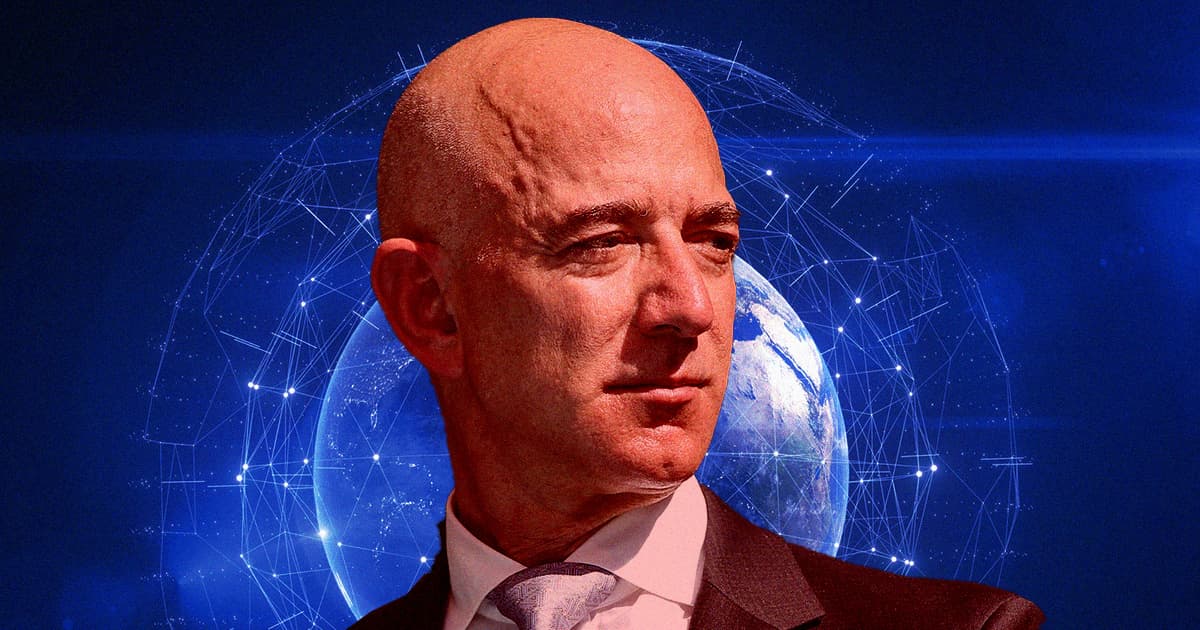 Amazon and SpaceX are each trying to gain the upper hand in the race to establish a constellation of internet-beaming satellites.

And while SpaceX has a lot more to show in terms of actual progress — the Elon Musk-led company has already sent more than 1,700 satellites into orbit where they're beaming down usable internet, while Amazon's Kuiper Systems constellation still only exists on paper — the e-retail giant is crying foul, claiming that SpaceX is breaking rules set by the Federal Communications Commission.

In a scathing letter, shared by Ars Technica today, Amazon took a shot at Musk's freewheeling and often blatantly anti-regulation approach to leadership.

Amazon also argued that SpaceX was being "anticompetitive" toward "any private company that dares point out its flouting of laws and regulations."

Is SpaceX really strong-arming its way to the top with a disregard for safety and regulations? There is certainly an argument to be made when it comes to safety, considering the company's recent track record.

But whether SpaceX's actions related to Starlink really are behind the company's Kuiper System falling far behind the competition is an entirely different matter. The company's constellation will only break ground and launch its first satellite in earliest 2023.

The spat has been ongoing for quite some time now. Late last month, Amazon complained to the regulator that SpaceX's plans for a second-generation Starlink system broke FCC rules by covering two "very different orbital parameters."

SpaceX shot back, arguing that its plans don't actually violate the rules and telling the FCC that Amazon frequently got in its way "to compensate for Amazon's failure to make progress of its own."

It was a clear-as-day shot across the bow. Musk piled on in several tweets, arguing that Amazon co-founder Jeff Bezos "retired in order to pursue a full-time job filing lawsuits against SpaceX."

The tweet was also a reference to Bezos' space company Blue Origin suing NASA over its decision to choose SpaceX as the sole winner of its lunar lander contract.

Now, Amazon is publicly calling out SpaceX for not playing by the rules. According to the letter published this week, all Amazon wants is to "preserve the fairness and efficiency of the FCC's licensing process."

The letter also argued that "if SpaceX and Musk continue to hold themselves above the rules, they should buckle up: they will only draw further protest from Amazon and others who want to see rules applied to everyone equally."

It's arguably a rather hollow-sounding argument, given Amazon's positioning when it comes to satellite constellations.

Whether SpaceX really is crushing the competition by being a pioneer in the space and playing fast and loose is clearly up for debate. Musk and company are forging ahead and are technically authorized by the FCC to launch another 30,000 or so satellites.

When or if Amazon's Kuiper Systems will end up catching up to Starlink is anybody's guess — and the company is clearly willing to aim the guns at SpaceX to slow down its greatest competitor's progress.

Read This Next
Shot Well
Head of NASA Relieved to Hear Elon Musk Isn't REALLY Running SpaceX
Makeover Scene
Space Tourist Says He's Thinking About Flying SpaceX Craft Up to Fix Hubble
Grain of Salt
There's a Huge Problem With Elon Musk's Promise to Bring Starlink to Iran
Sluggo Mode
SpaceX Has a Major Problem With Its Starlink Internet Connections
Sabers Rattled
Russia Issues Veiled Threat to Shoot Down Pesky SpaceX Satellites
More on Off World
Heavy Metal
Yesterday on the byte
NASA Mars Rover Finds Metallic Object That Smashed Down on Surface
Small But Mighty
Yesterday on the byte
Baby Asteroid Photobombs James Webb On Accident
Little Guy
Yesterday on the byte
Scientists Prototype "Creeping" Lizard-Like Robot for Exploring Mars
READ MORE STORIES ABOUT / Off World
Keep up.
Subscribe to our daily newsletter to keep in touch with the subjects shaping our future.
+Social+Newsletter
TopicsAbout UsContact Us
Copyright ©, Camden Media Inc All Rights Reserved. See our User Agreement, Privacy Policy and Data Use Policy. The material on this site may not be reproduced, distributed, transmitted, cached or otherwise used, except with prior written permission of Futurism. Articles may contain affiliate links which enable us to share in the revenue of any purchases made.
Fonts by Typekit and Monotype.