"I’m so excited for the new images and so angry at NASA HQ." 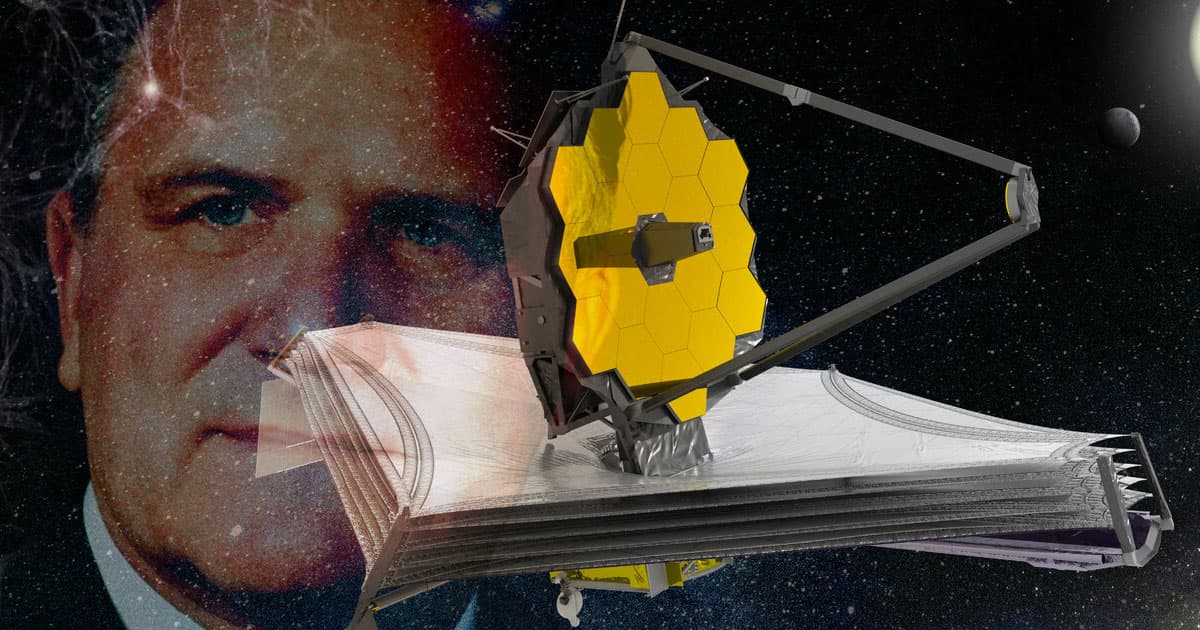 With the James Webb Space Telescope in the news over the long-awaited release of its incredible deep-space images, it's been easy to forget that it was named for an accused homophobe — but now the controversy is roaring back.

A quick refresher: NASA has for years now come under fire for naming the state-of-the-art space telescope after James Webb, the second-ever administrator of NASA who was believed to have led a "purge" of homosexuals in government.

This history has been well known amongst Webb-watchers for years now, and NASA has reportedly debated internally about whether or not the telescope should be renamed. But the agency has nonetheless held firm and kept the name up until the historic images this week.

That hasn't been a popular decision. At least one NASA adviser resigned last fall after the agency refused to rename the telescope amid growing calls to do so. And now the debate is flaring up again.

In a short thread, Scott said that when she worked at NASA, she had coworkers who'd "had to hide their boyfriends and girlfriends from FBI investigations" as recently as the 1990s for fear of being "summarily fired if they were queer."

Jane Rigby, a NASA project scientist who is integral to Webb's operations, shared a similar sentiment.

"Said as a private citizen: a transformative telescope should have a name that stands for discovery and inclusion," Rigby tweeted.

"As one of the people who has been leading the push to change the name, today feels bittersweet," tweeted Chanda Prescod-Weinstein, an assistant physics professor at the University of New Hampshire. "I’m so excited for the new images and so angry at NASA HQ."

Prescod-Weinstein was one of the main instigators behind a petition to rename the telescope that has been circulated since last year to no avail.

While lots of people are rightfully decrying the telescope's namesake, other still are using its unfortunate name to make excellent jokes.

"Reminder to not call JWST by [its] official name," one user tweeted. "It's Jelescope Welescope Space Telescope in this house."

Dr. Thea Kozakis, an astrobiologist living in Denmark, even used it as an opportunity for a little surreal commentary, noting that on image launch day she coped by "pretending that because of time travel the space telescope is the original James Webb, and the homophobic human was named after" and that the telescope itself "is deeply, deeply disappointed to have someone who discriminated against the LGBT+ community named after it."

Jokes aside, it's a travesty that the telescope is still named after a well-known alleged homophobe — especially amid the loud public outcry against it.

But then again, NASA isn't always known for its commitment to diversity or inclusion. So really, we probably shouldn't be shocked.

More NASA beef: How NASA Got Price Gouged on the SLS, According to Its Former Second-in-Command

Read This Next
DIY NASA
Amateur Rocket Builders Planning to Launch Astronaut Into Space
SpaceX:1 Blue Origin: 0
Federal Judge Shoots Down Blue Origin's Lawsuit Against NASA
Bad Times at NASA
Starliner Launch Delayed Capping Off NASA's Terrible, No Good, Very Bad Week
Futurism
Politicians and Scientists Are Concerned About President Trump's Pick for NASA Leader
Futurism
NASA Admin: "By the Time You're a Junior, What You Learned as a Freshman is Obsolete"
More on Future Society
Doomsday Prep
Yesterday on the byte
Elon Musk Sells Almost $7 Billion In Tesla Shares For Twitter Deal
Google Gone Offline
Yesterday on the byte
Mysterious Explosion At Google Injures Workers Hours Before Major Outage
Things That Happe...
Monday on the byte
Dirtbag Behind Homeless Man GoFundMe Scam Sentenced to Prison
READ MORE STORIES ABOUT / Future Society
Keep up.
Subscribe to our daily newsletter to keep in touch with the subjects shaping our future.
+Social+Newsletter
TopicsAbout UsContact Us
Copyright ©, Camden Media Inc All Rights Reserved. See our User Agreement, Privacy Policy and Data Use Policy. The material on this site may not be reproduced, distributed, transmitted, cached or otherwise used, except with prior written permission of Futurism. Fonts by Typekit and Monotype.