Washington May Become the First State to Legalize Human Composting

What would you like to happen to your body when you die? 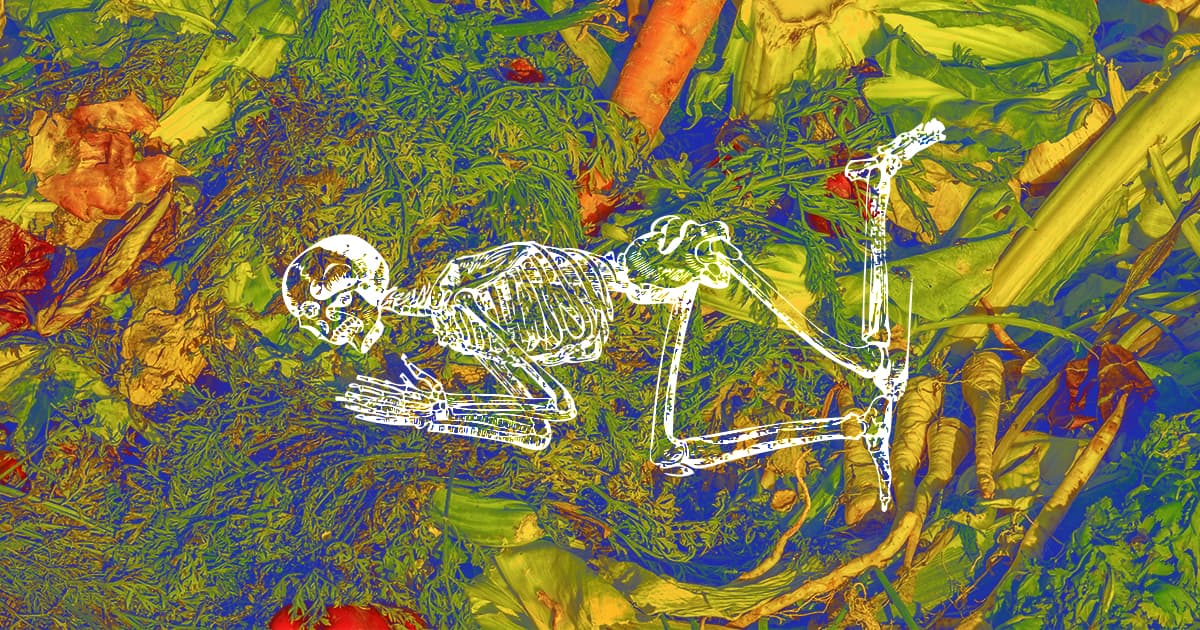 Grandma is in the garden. No, literally.

There's something beautiful in deciding how one's final moments should be confined to the memory of our loved ones. Advances in technology and changing mindsets seem to have people wondering why a coffin in the ground should have to be the only option of final resting place. Residents in Washington state have a brand new vision of returning to the Earth. Now a bill being sponsored in the state's legislature could see Washington become the first state to legalize human composting.

A Tree of Me

The bill, backed by state Senator Jamie Pedersen, would allow for the "recomposition" of human remains, a process which speeds up decomposition and turns remains into a nutrient-packed soil which could be returned to families.

“People from all over the state who wrote to me are very excited about the prospect of becoming a tree or having a different alternative for themselves,” Pedersen told NBCnews.

Although "becoming a tree" and other futuristic burial ideas aren't entirely new concepts, Washington would become the first state to allow human composting if the bill is passed. The idea isn't just futuristic, it's also economical. More and more Americans are turning to crowdfunding to support funeral costs, with the average funeral costing more than $7,000 in 2017, according to the National Funeral Directors Association. The recomposition process in comparison is somewhat cheaper with costs expected to fall around $5,500.

The process is very similar to traditional composting. Unembalmed human remains are placed in a composting chamber and left to decompose with organic material like woodchips or straw. Air is occasionally pulled into the chamber to help microbes speed up decomposition and in about one month all that remains is a cubic yard of compost.

A five-month study, in which six donor bodies were decomposed, was led by researcher Lynne Carpenter-Boggs, Associate Professor of Sustainable and Organic Agriculture at Washington State. The study was carefully controlled to prevent spreading any harmful pathogens, a concern which led to the defeat of a similar bill sponsored by Pederson in 2017.

Carpenter-Boggs' study concluded in August that the remains produced were safe and she plans to submit her research for publication in 2019. If the bill passes, it would take effect May 1, 2020. Until then, we can keep dreaming of "becoming trees" but Pederson's bill could open doors to new burial alternatives and ways we can choose to have our memory honored.

More on Burial Alternatives: 7 Futuristic Things To Do With Your Body When You Die

Read This Next
Body Farm
California Legalizes Composting Human Bodies
Death and Taxes
Direct-to-Consumer Companies Are Trying to Disrupt the Cremation Industry
False Flag
John McAfee Faked His Death and Is Still Alive, Ex-Girlfriend Claims
Virtual Immortality
Watch a Mother Reunite With Her Deceased Child in VR
Dirty Dozen
After Deaths, Amazon Lands on List of Most Dangerous Employers
More on Future Society
Bird Crap
6:30 PM on the byte
It Looks Like Elon Musk Is Actually Building a Twitter Payment Platform
Balloon News
Yesterday on futurism
China Says "Spy Balloon" Soaring Over America Is Completely Innocent
Down in Flames
Wednesday on the byte
Elon Musk Apparently Thinks Twitter Is a "Flaming Dumpster Rolling Down the Street"
READ MORE STORIES ABOUT / Future Society
Keep up.
Subscribe to our daily newsletter to keep in touch with the subjects shaping our future.
+Social+Newsletter
TopicsAbout UsContact Us
Copyright ©, Camden Media Inc All Rights Reserved. See our User Agreement, Privacy Policy and Data Use Policy. The material on this site may not be reproduced, distributed, transmitted, cached or otherwise used, except with prior written permission of Futurism. Articles may contain affiliate links which enable us to share in the revenue of any purchases made.
Fonts by Typekit and Monotype.