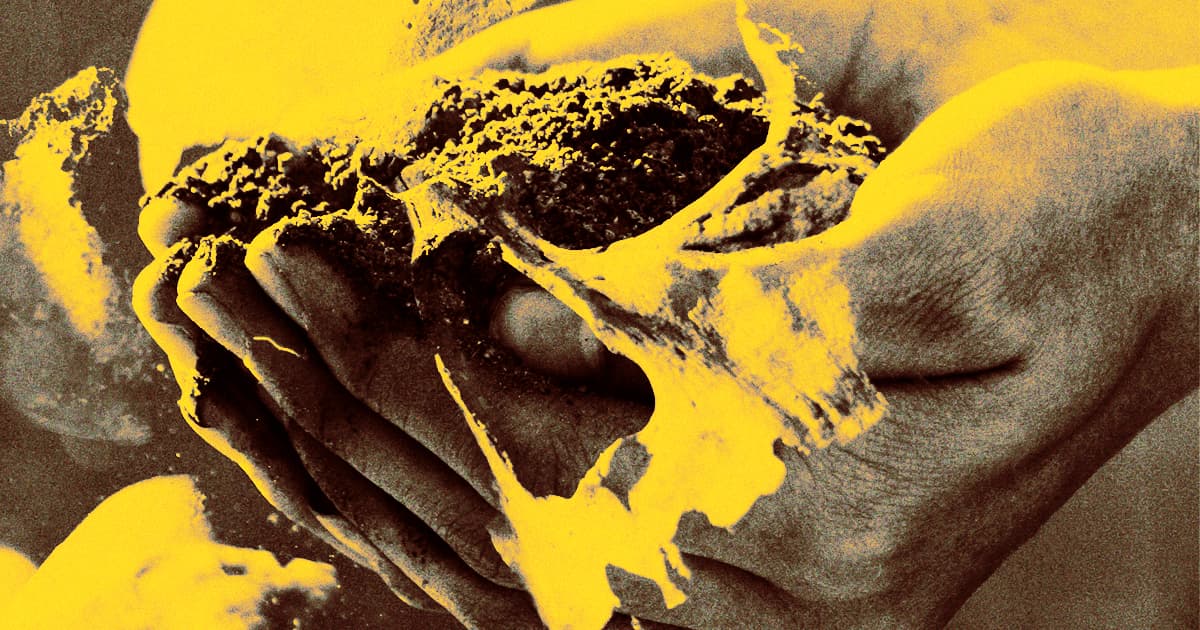 Return to the Earth

"Natural organic reduction" seems to be the most environmentally-friendly funerary option.

"Natural organic reduction" seems to be the most environmentally-friendly funerary option.

A new bill currently under consideration by the California Senate would allow people in the state to set their bodies aside for "natural organic reduction" after they die — essentially human composting.

The draft legislation, which was introduced for the second time by California Assemblymember Cristina Garcia in February, would specifically make California the fourth state to legalize a composting process crafted by the company Recompose, Los Angeles Magazine reports. While the idea of your body breaking down after you're gone may be offputting to some, the environmentally friendly trend is likely to grow as we stare down a future shaped by the ravages of climate change. Besides, it's not like you're using your body for anything.

Right now, the only legal options available to Californians are traditional burial or cremation by either water or fire, according to LA Mag. So for anyone who wants to be laid to rest without increasing their personal impact on the environment, composting may become an appealing alternative.

"The natural organic reduction allows a literal return to the earth," Recompose outreach manager Anna Swenson told The Guardian. "Some people like the idea of being in a forest when they die. That’s what I’ve chosen for myself."

The natural organic reduction involves surrounding a human corpse with wood chips, alfalfa, and straw before placing it into an airy, metal chamber, according to Popular Science. About a month later, the person's body — even their bones — will have broken down into about one cubic yard of nutrient-rich soil, The Guardian explains.

The process prevents about one metric ton of carbon dioxide from entering the atmosphere, both from avoiding the burning of fossil fuels during cremation and sequestering greenhouse gases in the soil. Swenson from Recompose told The Guardian that typical funerary arrangements add about 40 propane tanks of greenhouse gases into the atmosphere, all of which is avoided during composting.

"With climate change and sea-level rise as very real threats to our environment, this is an alternative method of final disposition that won’t contribute emissions into our atmosphere," Garcia said when she first announced the bill last year.

More on funeral arrangements: 7 Futuristic Things To Do With Your Body When You Die

Death Spiral
The Human Family in Crisis
9. 26. 22
Read More
Body Farm
California Legalizes Composting Human Bodies
9. 21. 22
Read More
Death and Taxes
Direct-to-Consumer Companies Are Trying to Disrupt the Cremation Industry
8. 24. 22
Read More
+Social+Newsletter
TopicsAbout UsContact Us
Copyright ©, Camden Media Inc All Rights Reserved. See our User Agreement, Privacy Policy and Data Use Policy. The material on this site may not be reproduced, distributed, transmitted, cached or otherwise used, except with prior written permission of Futurism. Articles may contain affiliate links which enable us to share in the revenue of any purchases made.
Fonts by Typekit and Monotype.