This is grim news for the commercial spaceflight industry. 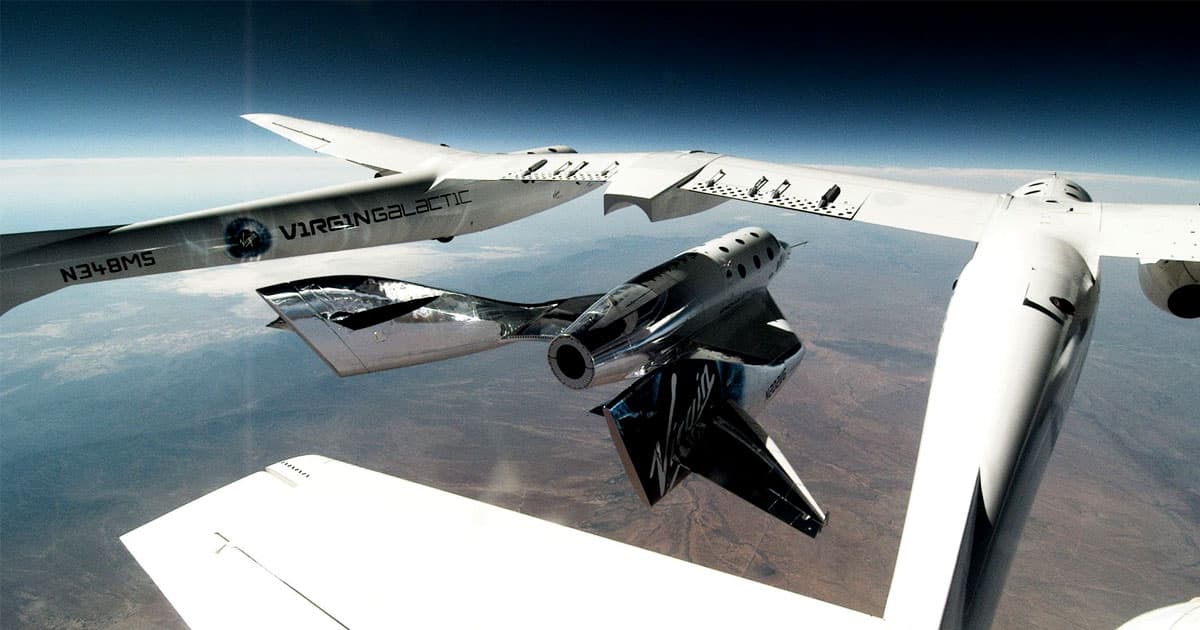 Virgin Galactic announced that is lost an astonishing $1 billion in 2020 and 2021, which is a colossal figure, especially considering that the company reported a minuscule $3.5 million in revenue during the same period.

It's a sobering snapshot of the commercial space travel industry, especially considering the company is hoping to start commercial suborbital flights some time this year.

But new financial figures show that the company is still bleeding money. In Q4 of last year alone, the company made a paltry $141,000 — pocket change compared to a net loss of $80 million during the same period.

Despite having lost a billion dollars in just two years, the company claims it's all part of the plan as it gears up to offer more commercial flights to, if not space, at least trips very off the Earth.

"We remain on track and on schedule to complete our enhancement program and launch commercial service later this year," said Michael Colglazier, CEO of Virgin Galactic, in a statement.

The update also says several enhancements are being made to the company's mothership Eve and spacecraft Unity to "improve the vehicles’ durability, reliability, and flight rate frequency leading into commercial service."

That's important, since the company's rocket plane veered way off course during a launch into the upper atmosphere with Virgin Galactic CEO Richard Branson on board last year.

The Federal Aviation Administration later grounded the company's planes until further notice in response, causing stocks to plummet. The regulator, however, cleared the vehicles for flight following an investigation several weeks later.

Right now, flying to the upper reaches of the Earth's atmosphere — not exactly high enough to quality as "outer space" — still costs an eyewatering $450,000.

Despite the sky high price, Virgin Galactic is hoping to sell at least 1,000 tickets by the end of the year.

"More simple math: Virgin Galactic's expenses are [around] $80 million a quarter," Ars Technica's Eric Berger tweeted. "At $450k a seat, that's 30 full flights a quarter, or one flight every three days. TO BREAK EVEN."

"And first they've got to fly hundreds of people who have already paid for their tickets," he added.

All told, it sounds like the company's finances are in a nose dive. Whether it'll will be able to level out before crashing remains to be seen.

Read This Next
Off Course
Richard Branson's Rocket Went Way Off Course During Spaceflight
Fun Percent
Elon Musk Denounces "Those Who Attack Space"
Space Pedantics
Richard Branson Didn't Go to Space Yesterday, He Just Cruised Through the Upper Atmosphere
Billionaire Blast Off
BREAKING: Richard Branson Successfully Flies to Space on Virgin Rocket
Space Tourism Drama
Blue Origin Is Officially Feuding With Virgin Galactic
More on Off World
No More Hops, Mor...
Yesterday on the byte
Suggestion: NASA Should Make Its Mars Helicopter Do Some Gnarly Tricks From "Tony Hawk"
Exoplanet Dance
Tuesday on the byte
Scientist Releases Amazing Video of Exoplanets Orbiting Distant Star
Space Junk News
Tuesday on the byte
Two Large Chunks of Space Debris Just Almost Collided in an Epic Disaster
READ MORE STORIES ABOUT / Off World
Keep up.
Subscribe to our daily newsletter to keep in touch with the subjects shaping our future.
+Social+Newsletter
TopicsAbout UsContact Us
Copyright ©, Camden Media Inc All Rights Reserved. See our User Agreement, Privacy Policy and Data Use Policy. The material on this site may not be reproduced, distributed, transmitted, cached or otherwise used, except with prior written permission of Futurism. Articles may contain affiliate links which enable us to share in the revenue of any purchases made.
Fonts by Typekit and Monotype.