The FAA began its investigation on July 23. The mishap only became known on September 1. 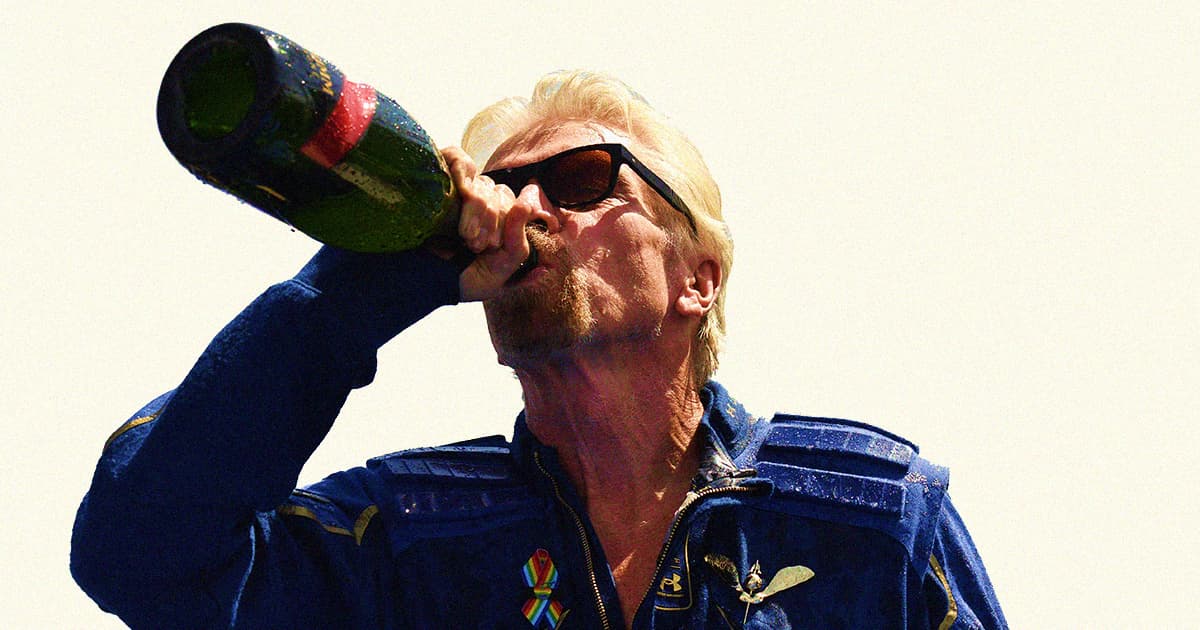 Pilots in control of the suborbital plane that took Virgin Galactic founder Richard Branson high into the upper atmosphere earlier this summer had to make a split second decision. A beeping red light alerted them to a deviation of their planned trajectory, but they forged ahead at three times the sound of speed.

As revealed in a New Yorker piece several weeks later, the flight did not go entirely according to plan. The  plane spent a full minute and 42 seconds outside the airspace designated by the Federal Aviation Administration (FAA) — something Virgin Galactic likely knew about at the time, but didn't immediately disclose.

The FAA began its investigation on July 23. The mishap only became known on September 1.

The regulator wasn't impressed, announcing afterward that the company's spaceplanes were grounded indefinitely while it investigated.

"Virgin Galactic may not return the SpaceShipTwo vehicle to flight until the FAA approves the final mishap investigation report or determines the issues related to the mishap do not affect public safety," the FAA wrote in a statement obtained by Bloomberg last week.

Virgin Galactic announced on July 12, the day after Branson's flight, that it was selling $500 million worth of common stock, Reuters reported at the time. Branson then sold $300 million shares in mid-August — a couple of weeks before the flight mishap came to light.

A Virgin Group spokesperson told Bloomberg that Branson did not know about the FAA's inquiries when he sold the shares.

Virgin Galactic has also maintained that "at no time were passengers and crew put in any danger as a result of this change in trajectory," adding that pilots were following protocol, according to a statement obtained by Bloomberg.

Still, the big sell-off of shares shortly after the fateful flight isn't exactly confidence inducing. Many questions remain: who knew about the deviation, and when? The company likely knew it wasn't going to look good when the FAA started its investigation, and made the decision to not address the incident publicly. And whether the sell-off was tied to the FAA's investigation is another question.

It's a tangled mess of communications that will take time to sort out. Virgin Galactic is now in the awkward position of being grounded by regulators ahead of its next planned flight later this month or early October.

And Future customers, needless to say, will likely want to have a clearer picture as to what happened on July 11. Rocketing into the upper atmosphere at Mach 3 does, after all, come with inherent risks.

Read This Next
Futurism
Richard Branson: Universal Basic Income Will Protect Us From the Threat of AI
Futurism
Richard Branson Just Endorsed Basic Income — Here Are 10 Other Tech Moguls Who Support the Radical Idea
More on Future Society
Bird Crap
Feb 4 on the byte
It Looks Like Elon Musk Is Actually Building a Twitter Payment Platform
Balloon News
Feb 3 on futurism
China Says "Spy Balloon" Soaring Over America Is Completely Innocent
Down in Flames
Feb 1 on the byte
Elon Musk Apparently Thinks Twitter Is a "Flaming Dumpster Rolling Down the Street"
READ MORE STORIES ABOUT / Future Society
Keep up.
Subscribe to our daily newsletter to keep in touch with the subjects shaping our future.
+Social+Newsletter
TopicsAbout UsContact Us
Copyright ©, Camden Media Inc All Rights Reserved. See our User Agreement, Privacy Policy and Data Use Policy. The material on this site may not be reproduced, distributed, transmitted, cached or otherwise used, except with prior written permission of Futurism. Articles may contain affiliate links which enable us to share in the revenue of any purchases made.
Fonts by Typekit and Monotype.