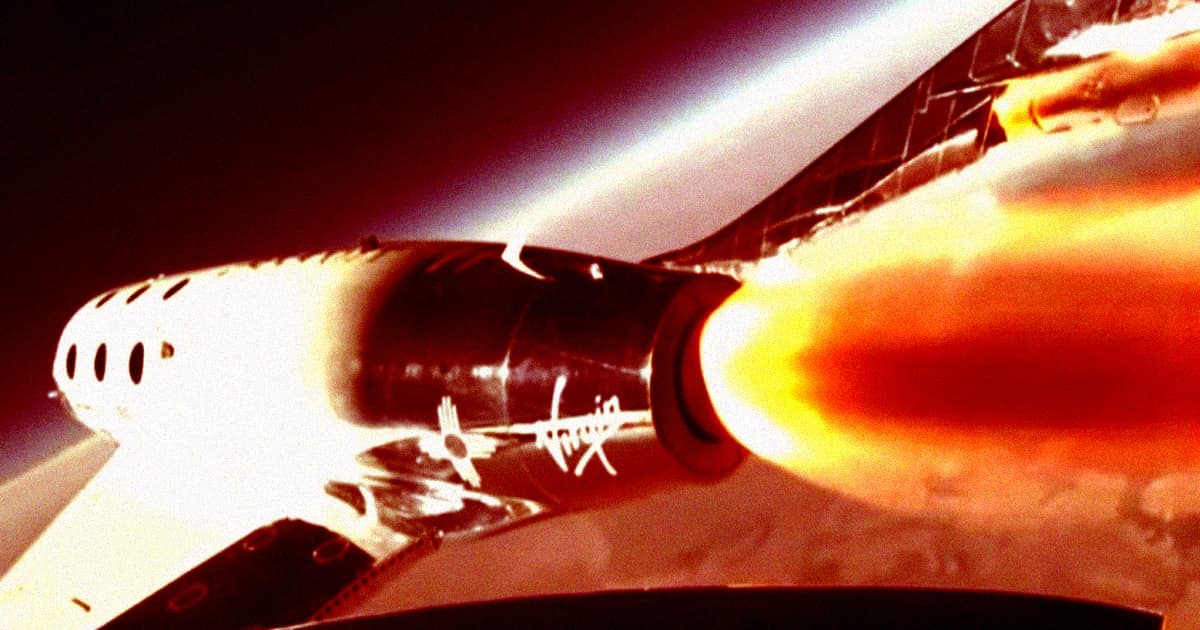 In a shocking new development, the Federal Aviation Administration is grounding Virgin Galactic until further notice, according to Bloomberg, following a troubling report that pilots ignoring a red warning light during CEO Richard Branson's maiden voyage in July.

"Virgin Galactic may not return the SpaceShipTwo vehicle to flight until the FAA approves the final mishap investigation report or determines the issues related to the mishap do not affect public safety," the FAA wrote in a statement obtained by Bloomberg.

A report by Nicholas Schmidle published in The New Yorker on Wednesday found that the company's space plane veered significantly off course, with Branson on board. Pilots reportedly ignored a red light that should have prompted them to turn off the engines during their ascent.

It's a worrying turn for a company intended to help establish tourism to the edge of space — and the move goes to show that US regulators are paying attention and willing to step in if needed, something SpaceX CEO Elon Musk is all too familiar with.

During the July flight, Virgin Galactic's SpaceShipTwo-class spacecraft, VSS Unity, was dropped from the wing of a much larger aircraft called VMS Eve at an altitude of about 50,000 feet. Rockets then carried the small spacecraft on a trajectory well into the upper atmosphere.

But the spacecraft appears to have veered off its intended path, spending a full minute and 42 seconds outside of the airspace designated by the Federal Aviation Administration.

According to The New Yorker, Virgin Galactic failed to inform the FAA of the abrupt change in plans.

The company maintains that the launch was "a safe and successful test flight that adhered to our flight procedures and training protocols," according to a statement obtained by Schmidle, noting that trajectories remained "within mission parameters."

But now that FAA has grounded the company indefinitely, Virgin Galactic's next scheduled flight will likely face delays. The plan was to send several members of the Italian Air Force to space later this month. But that only will happen with the go-ahead of the FAA.

More on the FAA: The FAA May Force SpaceX to Tear Down Its Starship Launch Tower

Selling Seats
Virgin Galactic Lost an Absolutely Staggering Amount of Money Last Year
2. 23. 22
Read More
To All The Haters
SpaceX Opponents Complain About Falling Debris, Fires in FAA Hearing
10. 19. 21
Read More
Off Course
Richard Branson's Rocket Went Way Off Course During Spaceflight
9. 2. 21
Read More
+Social+Newsletter
TopicsAbout UsContact Us
Copyright ©, Camden Media Inc All Rights Reserved. See our User Agreement, Privacy Policy and Data Use Policy. The material on this site may not be reproduced, distributed, transmitted, cached or otherwise used, except with prior written permission of Futurism. Articles may contain affiliate links which enable us to share in the revenue of any purchases made.
Fonts by Typekit and Monotype.