We're a Bit Confused by the Vatican's NFT Plans

Okay, this is peculiar. 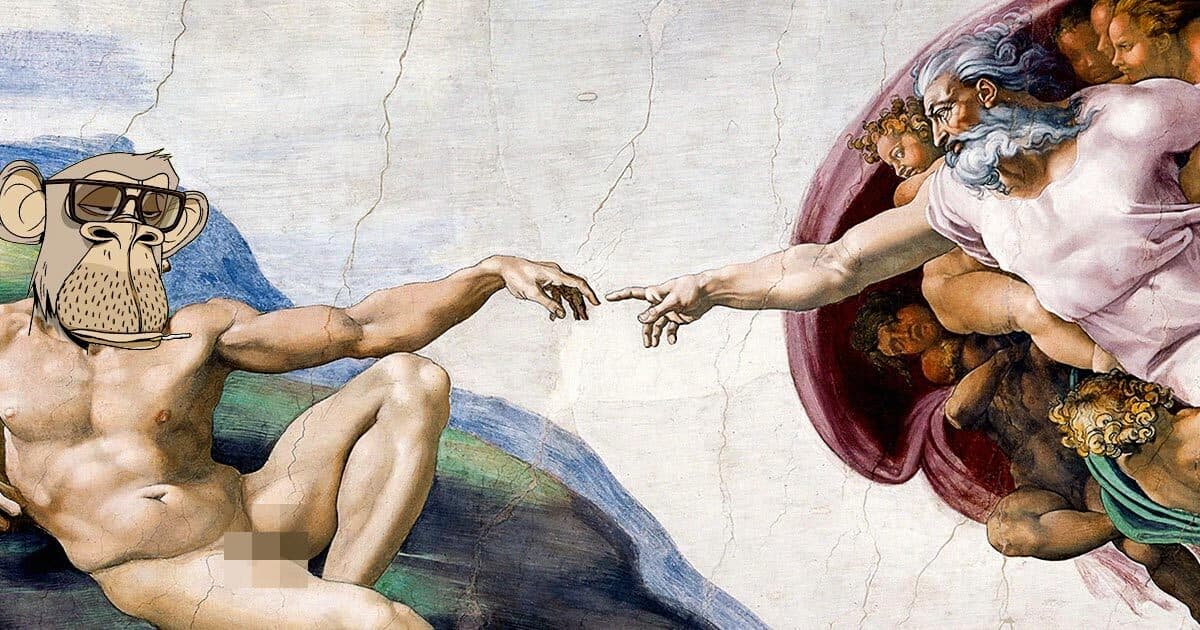 The Vatican is trying to jump on the latest trend: a digital art gallery for NFTs in the metaverse, a "public-private partnership" aimed at extending "the availability of the Vatican's heritage," according to a press release.

But the project's rollout has been mired in confusion. The press release provided minimal details, and even though a spokesperson approached numerous publications over the past few weeks with an offer to interview the priest behind it, it doesn't appear that a single journalist managed to actually speak with him.

Another confusing detail: nobody at Sensorium — the Swiss metaverse company founded by Russian oligarch Mickhail Prokhorov, who launched the project in collaboration with Humanity 2.0, a Vatican-affiliated enterprise — initially appeared to be entirely certain whether the Vatican or Catholic Church were actually involved, Vice reports.

After some stonewalling, Vice finally got an answer.

"Humanity 2.0. is a Vatican-affiliated organization," a Sensorium spokesperson told the publication.

The company then pulled back on their promise to organize an interview with Father Philip Larrey, the dean of philosophy at the Pope's University in Vatican City and the chair of Humanity 2.0, blaming a busy schedule.

"We once again apologize for all the inconvenience, we couldn’t anticipate some last-minute changes that ruined the schedule for this release," a Sensorium spokesperson told Vice in an email after it was revealed that Father Larrey wasn't available for an interview.

A spokesperson also approached Futurism prior to the project's announcement with an offer to speak to Father Larrey, but we were also unable to get an interview with him.

In fact, it doesn't appear that a single publication that covered the launch managed to actually speak with Father Larrey, instead falling back on quotes from a press release.

Given the fact that NFTs are perhaps one of the most scam-plagued areas of the internet these days, this strange sense of mystery surrounding the project is eyebrow-raising.

Did someone higher up in the Catholic Church catch wind of the project and, worried about being associated with scammers and trolls — or even, heaven forbid, Elon Musk — and try to bury it?

Crypto enthusiasts are being raked over the coals on an almost weekly basis, with expensive NFTs being stolen by hackers left and right.

So it's a rather questionable project to be embarking on, given the Vatican's extensive institutional memory and historical significance.

And its chaotic rollout, needless to say, doesn't inspire much confidence.

Read This Next
Cracking Eggs
Logan Paul Says His NFT Game Isn't a Scam, He Just Hired Scammers to Build It and They Did Some Scamming
Sad!
Donald Trump's NFT Collection Is So Fantastically Ugly That Even His Biggest Fans Are Aghast
nvm
NFT Marketplaces Say Oops, Paying Royalties to Artists Is Optional Now
New Kid on the Block
The Latest Idea to Make People Actually Buy NFTs: Throw in a House
Rug Pull
CNN In Hot Water With Investors After Canceling Its Weird NFT Project
More on Blocknik
Hi Haters
Jan 20 on the byte
Owner of Infamous Davos Bitcoin Car Gets Sensitive Over Crypto Criticism
Davos Daggers
Jan 19 on the byte
Influential Economist Tells Davos Elites That Crypto Is a Complete Scam
Ruh Roh
Jan 19 on the byte
Sam Bankman-Fried’s Parents Reportedly Got Him a Dog So He Wouldn’t Be So Lonely
READ MORE STORIES ABOUT / Blocknik
Keep up.
Subscribe to our daily newsletter to keep in touch with the subjects shaping our future.
+Social+Newsletter
TopicsAbout UsContact Us
Copyright ©, Camden Media Inc All Rights Reserved. See our User Agreement, Privacy Policy and Data Use Policy. The material on this site may not be reproduced, distributed, transmitted, cached or otherwise used, except with prior written permission of Futurism. Articles may contain affiliate links which enable us to share in the revenue of any purchases made.
Fonts by Typekit and Monotype.