Just when you thought NFTs couldn’t get any worse. 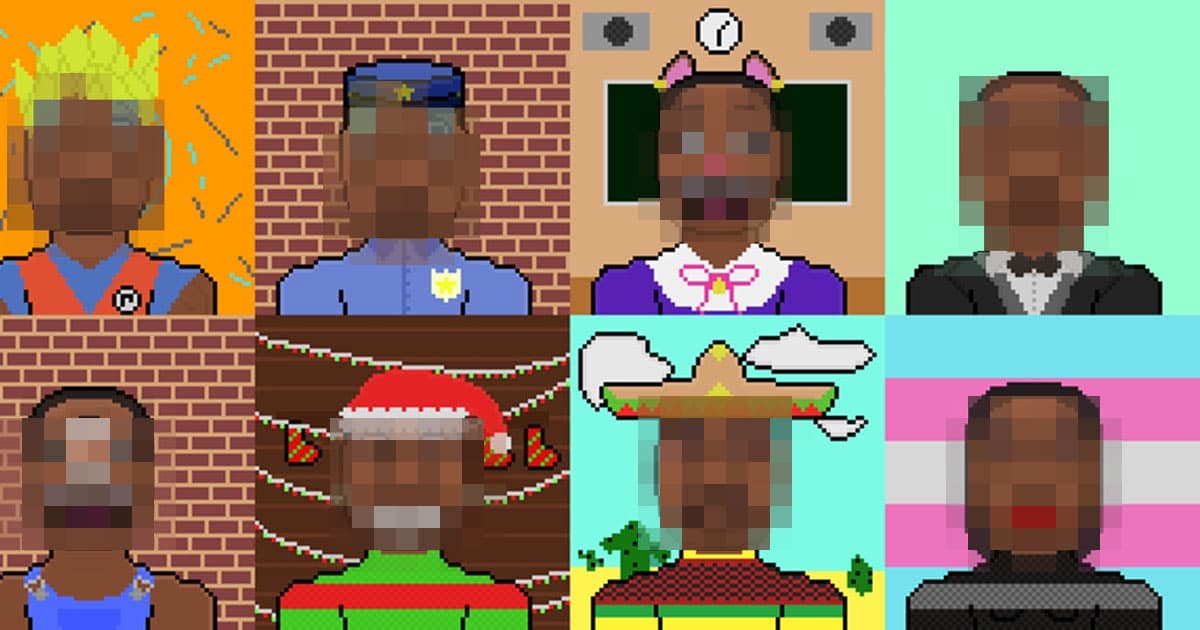 In the world of blockchain, there’s no shortage of dumb ideas, incredible idiots, and bad actors — but one new creator might have just outdone them all.

An NFT project selling different illustrations of George Floyd — the unarmed Black man whose brazen murder by a Minneapolis police officer in 2020 launched a series of social uprisings — was released on the OpenSea platform on December 7, Input reports. The project appears to have no connection to Floyd's family or the activist community.

Yes, you read that right. Yes, it is that awful.

Dubbed "Floydies," the project seems to be equal parts tasteless trolling and shameless cash-in attempt that echoes the trend of packaged NFT a la the "Bored Apes" or the "Lazy Lions." Each image contains a poorly drawn depiction of Floyd with bloodshot eyes and dressed in different, sometimes-mocking outfits.

The NFT’s OpenSea profile claims that the project exists as a celebration of Floyd’s life and that purchasing one of their NFTs is "a great way to express yourself and your beliefs!"

However, it should go without saying that this is a pretty clear attempt at trolling. Even a cursory glance at the images themselves indicate that it's merely an attempt to offend as many people as possible by depicting Floyd’s image as tastelessly as possible.

That said, it does appear to be making some amount of money, with one image having been sold to a Twitter user known as "cantsneed" for more than $400 worth of ethereum. However, a quick look at that profile indicates that they’re very likely also a part of the project and a troll account themselves.

Luckily, many people are seeing the project for what it is, and widely condemning it on social media.

"Most of the crypto space, and NFT by consequence, is an absolute garbage fire right now," Marcello Lins, a software engineer at Square who spoke out against the trolls on Twitter, told Input.

"In an age where smart contracts exist, part of the proceeds from these sales could be going to Black Lives Matter non-profits or the family of the victim. Neither is present here, unsurprisingly," he added. "This project was never meant to help anyone but its own creators, despite it claiming to be just the opposite."

Anyone upset by all this, needless to say, can do their part by reporting the project's Twitter account and OpenSeas account — and, if they're so inclined, donate to the George Floyd Memorial Foundation, a non-profit dedicated to racial equity and justice.

More on NFT awfulness: Crypto Bro Claims They’re Losing Their Wife and Kids Because They Bought a Super-Expensive NFT

Read This Next
Gassy Girl Boss
Reality TV Star Stops Selling Her Farts in Jars to Sell Fart NFTs Instead
You Wouldn't Download a Car
Person Furious That Someone Right Click Saved Their Precious NFT
Oops Sorry
NFT Developer Absconds With $2.7 Million Dollars
Non-Fungible Value
Not Very Surprisingly, NFT Prices Are Now Crashing
This Is Tiring
Crypto Titan Makes Grandiose, Nonsense Claim That NFTs "Liberate" Art
More on Future Society
Gas Giant
Yesterday on the byte
Journalist Eats Lab-Grown Chicken, Gets "Weirdly Gassy"
Musk Rats
Thursday on the byte
Twitter Is Quietly Re-Suspending the Lunatics Elon Musk Let Back On
Going Wireless
Wednesday on futurism
Hackers Took Over a Subdomain of Wired.com for Several Months and Replaced It With Sleazy Online Casino Content
READ MORE STORIES ABOUT / Future Society
Keep up.
Subscribe to our daily newsletter to keep in touch with the subjects shaping our future.
+Social+Newsletter
TopicsAbout UsContact Us
Copyright ©, Camden Media Inc All Rights Reserved. See our User Agreement, Privacy Policy and Data Use Policy. The material on this site may not be reproduced, distributed, transmitted, cached or otherwise used, except with prior written permission of Futurism. Articles may contain affiliate links which enable us to share in the revenue of any purchases made.
Fonts by Typekit and Monotype.