We live in hell. 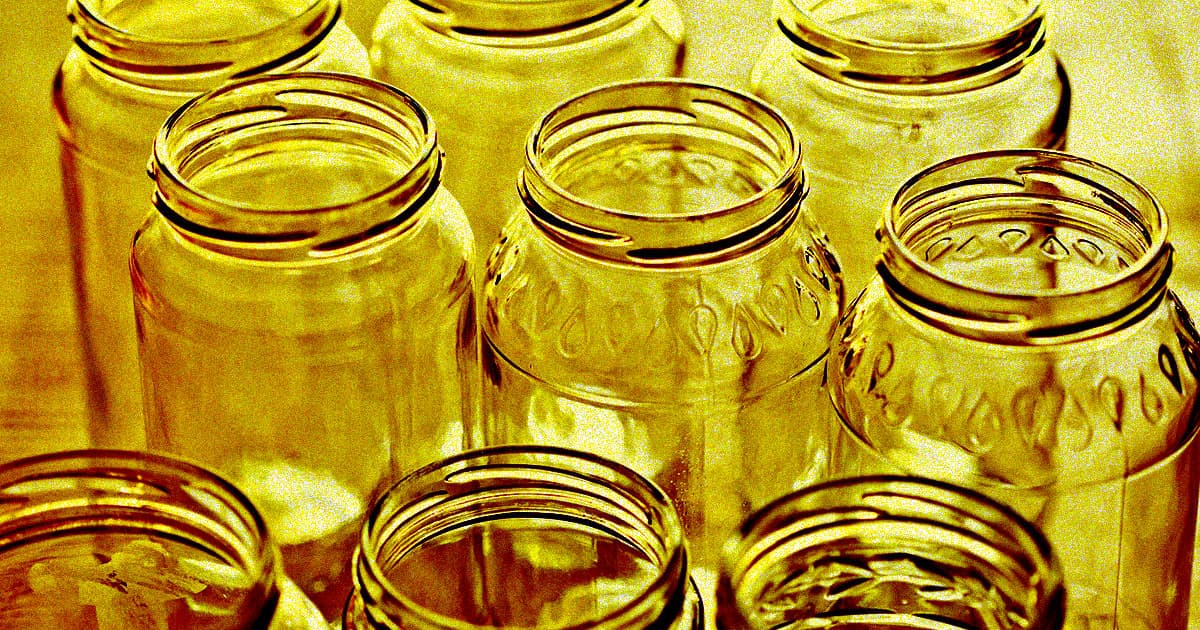 In possibly the most perfect — and disgusting — metaphor for the state of blockchain discourse, a reality TV star has announced that she will stop selling her farts in jars — and start selling them as NFTs instead.

Stephanie Matto, a former star on the reality show "90-Day Fiance," began packaging and selling her flatulence in November, Jam Press reports. After being hospitalized due to intestinal issues caused by a high-fiber food diet she started to induce more gas, though, she’s decided to "retire" from the fart jar game to sell fart jar NFTs.

"These NFTs are just as beautiful, unique, and rare as my actual poots! You can practically smell how delightful they are through the screen," Matto said on her Fart Jars NFT website. "Just use your imagination!"

She documented her "fartrepreneur" journey on TikTok, where she’d show followers the foods and supplements she was eating in order to create her… um, products. This included a regular diet of garbanzo beans, black beans, protein shakes, and Metamucil.

Unsettlingly, her products were a hit. She successfully sold untold numbers of fart jars for $1,000 a pop online, topping out at $50,000 a week, according to Gizmodo.

However, the 31-year-old’s ambitions were cut short after she was sent to the hospital due to her outrageous, fart-creating diet.

"I thought I was having a stroke and that these were my final moments," she told Jam Press. "I was overdoing it."

Her doctors informed her that her diet was causing very intense gas pains and advised her to change her diet for her health, which ended her gassy business for good.

Since this is 2022 and we live in a hell of our own making, though, Matto has pivoted her business to selling 5,000 fart jar NFTs. Each image is going for .05 ether, or roughly $190 in the exchange rate at the time of reporting.

This is definitely a strange, disgusting, and sordid way of making money — but is it really all that surprising? There’s always going to be a market for weird NFTs, at least as long as there are idiots to buy them.

More on NFTs: Eminem Just Bought a Bored Ape NFT for a Half Million Dollars

Read This Next
Sad!
Melania Trump Accused of Secretly Buying Her Own NFT to Avoid Disgrace
Greenwashing
World Wildlife Foundation Cancels NFT Project After Critics Point Out That It Was Actually a Huge Polluter
Stoking the Fire
Gaming Exec Says His Customers Are Idiots For Not Understanding How Great NFTs Are
Art Flop
Independent Artists Say NFTs Are the Bane of Their Existence
Plundering DAOs
Hackers Plunder "Cryptocurrency City" That Had Promised "Dank Memes"
More on Future Society
Made Up
Yesterday on the byte
Someone Slipped Hundreds of Fake Articles About Things That Never Happened Onto Wikipedia
Ukraine War
Yesterday on the byte
Security Camera Footage Shows Russian Missiles Hitting Ukraine Shopping Mall
Fake Friends
Yesterday on the byte
The FBI Says Scammers Are Using Deepfakes to Apply to Remote Jobs
READ MORE STORIES ABOUT / Future Society
Keep up.
Subscribe to our daily newsletter to keep in touch with the subjects shaping our future.
+Social+Newsletter
TopicsAbout UsContact Us
Copyright ©, Camden Media Inc All Rights Reserved. See our User Agreement, Privacy Policy and Data Use Policy. The material on this site may not be reproduced, distributed, transmitted, cached or otherwise used, except with prior written permission of Futurism. Fonts by Typekit and Monotype.