Is this the end of the NFT? 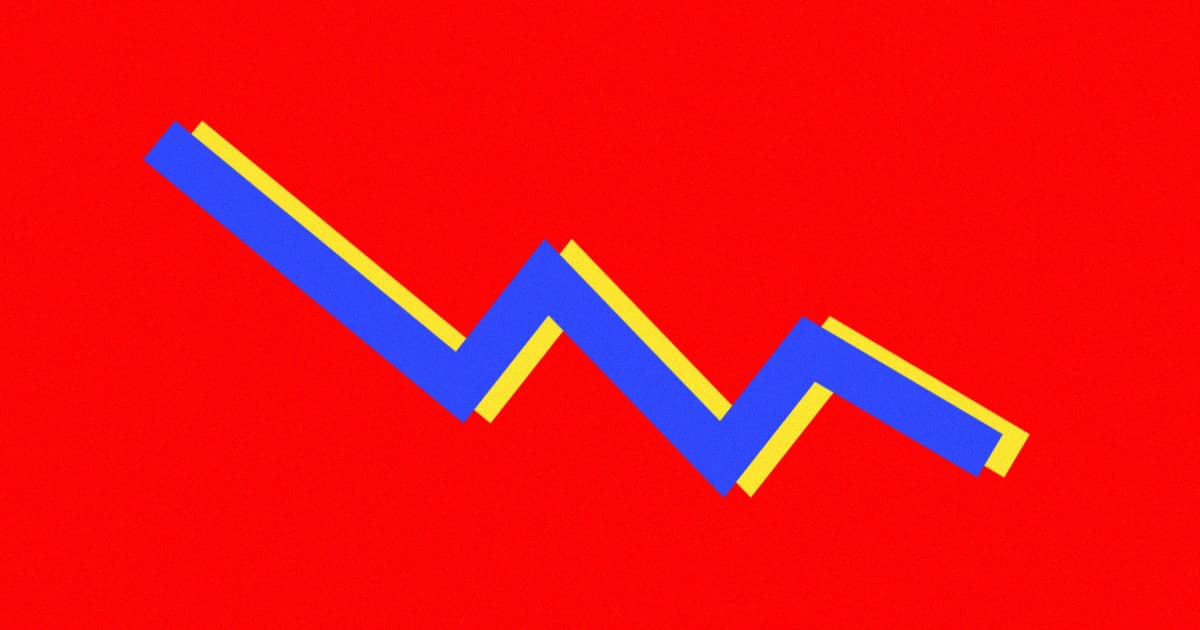 They were meant to revolutionize the art collection market — but just as many predicted, as Bloomberg reports, the prices of non-fungible tokens or NFTs are now crashing.

According to a recent report by NonFungible.com, an NFT marketplaces tracker, the value of NFTs has collapsed by almost 70 percent from its peak in February.

Earlier this year, the blockchain-based digital certificates that give individuals exclusive ownership over a piece of digital art — no matter how many times it gets copied — exploded in popularity, with some works being sold for the equivalent of millions of dollars.

One piece in particular, created by digital artist Beeple, stole headlines when it sold for $69 million at internationally renowned auction house Christie's.

Even corporate America jumped on the trend, with companies including Charmin selling gimmicks like GIFs of animated toilet paper.

But the market for NFTs has slowed significantly since those heady days, with individual NFTs now going for an average of $1,400, as compared to $4,300 during their peak in mid-February, according to NonFungible's analysis.

The tech still has its defenders, though.

"It’s not meaningful to characterize a concept as a financial bubble," blockchain expert and University of Pittsburgh academic Chris Wilmer told Bloomberg. "NFTs aren’t in a bubble any more than ‘cryptocurrency’ is a bubble."

Wilmer argues that despite the rise and falls, the technology remains the same.

"There will be manias and irrational exuberance, but cryptocurrency is clearly here to stay with us for the long term and NFTs probably are too," he added.

The drop in the value of NFTs shouldn't come as a shock to anybody. Many of these assets are being sold using cryptocurrencies, which are inherently unstable and tend to fluctuate wildly over time.

Is this the end of the NFT craze? When seen in a greater context, the tokens still made significant gains this year, surging to almost ten times their value this year alone, according to NonFungible's analysis, as compared to just six months ago.

Whether this is a temporary dip or a continuing decline is a question that's much harder to answer.

"The trend seems more to show a stabilization on a high plateau following a speculative peak," NonFungible concluded in its report.

But now that the novelty has worn off and more people are questioning what they're actually getting for their money, those who sell NFTs will have a harder time winning over the hearts of investors and collectors.

Read This Next
Apes Ahoy
A Major NFT Project Is Falling Apart in a Storm of Lawsuits
Rube Goldbergian
The Dune NFT Project Is Back With an Inscrutable New Scheme
Regulating Crypto
Hillary Clinton Calls Out Crypto Exchanges for Letting Russia Bypass Sanctions
Wrong-Clicker
Knockoff eBay NFTs Are Kind of Based, Actually
Sad!
Melania Trump Accused of Secretly Buying Her Own NFT to Avoid Disgrace
More on Future Society
Rough
Monday on futurism
Elon Musk's Twitter Is Reportedly Failing Miserably to Contain Horrific Child Abuse Content
YouTube Propaganda
Monday on the byte
Experts Say There's Something Very Weird About North Korean YouTubers
Bird Crap
Feb 4 on the byte
It Looks Like Elon Musk Is Actually Building a Twitter Payment Platform
READ MORE STORIES ABOUT / Future Society
Keep up.
Subscribe to our daily newsletter to keep in touch with the subjects shaping our future.
+Social+Newsletter
TopicsAbout UsContact Us
Copyright ©, Camden Media Inc All Rights Reserved. See our User Agreement, Privacy Policy and Data Use Policy. The material on this site may not be reproduced, distributed, transmitted, cached or otherwise used, except with prior written permission of Futurism. Articles may contain affiliate links which enable us to share in the revenue of any purchases made.
Fonts by Typekit and Monotype.