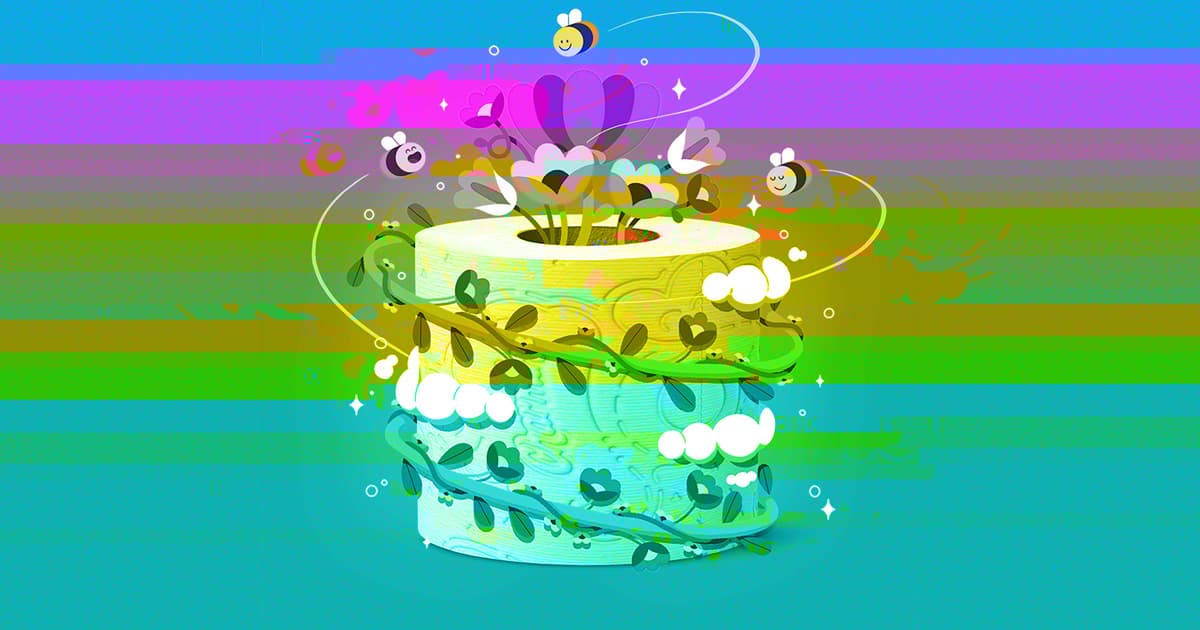 We're really starting to stretch the definition of "art."

We're really starting to stretch the definition of "art."

It was only a matter of time until brands jumped on the opportunity to sell their own NFTs.

Toilet paper maker Charmin has leaped onto the trend, offering up a series of uninspired JPGs and GIFs, most of them prominently featuring a picture of a roll of toilet paper, as pieces of "digital art."

"Sometimes a better bathroom experience goes beyond the seat," Charmin wrote in a tweet announcing their NFTs, "that’s why were rolling out the first-ever NFT art by a toilet paper brand!"

Charmin's artworks are now being sold on the NFT exchange Rarible.

Fortunately, the brand has decided to donate all proceeds to the charity DirectRelief, a nonprofit dedicated to fighting poverty.

Charmin isn't the only brand to embrace NFTs. Pizza Hut recently announced that it's releasing "1 Byte Favourites," or digital images of pizza, as NFTs.

"Pizza Hut believes no world should exist without pizza, especially their pan pizza," the pizzeria chain wrote in a statement. "That’s why they wanted to make sure it was enshrined in the digital universe."

Taco Bell also got in on the trend early, releasing five pieces of "limited" digital art earlier this month. "Our Spicy Potato Soft Tacos can now live in your hearts, stomachs and digital wallets," the chain promised in a tweet.