Is the future of fine art collecting... on the blockchain? 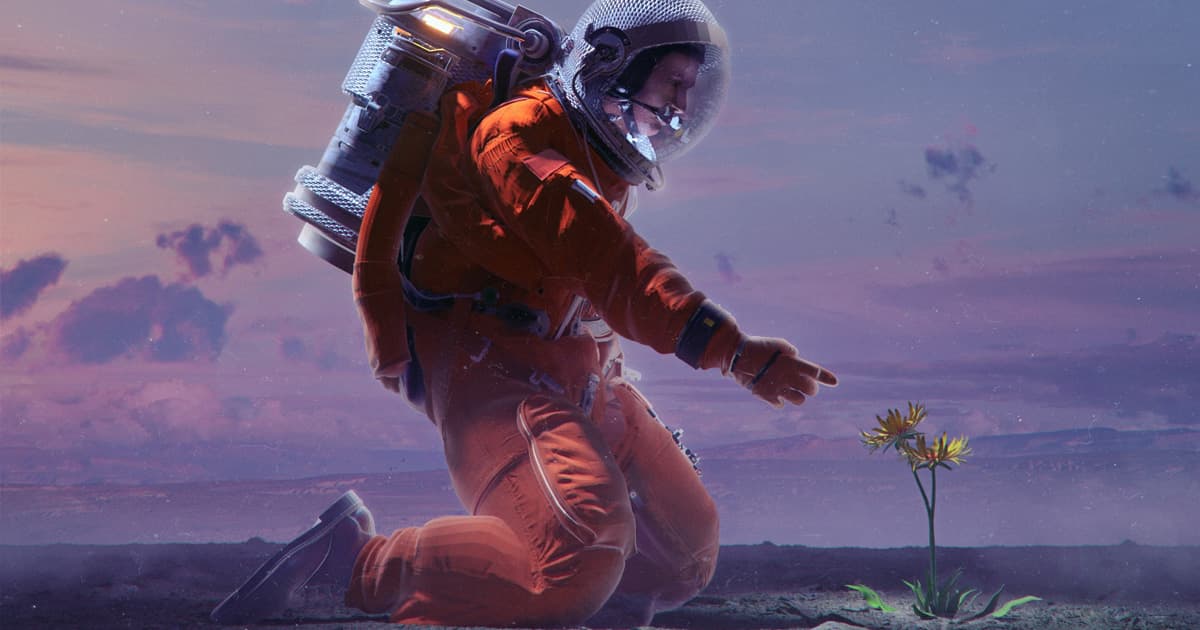 A work by digital artist Mike Winkelmann, better known as "Beeple," has sold for an astonishing $69 million at world-renowned auction house Christie's.

The work, titled "The First 5000 Days" was, according to Christie's, the "first purely digital work of art ever offered by a major auction house."

"The First 5000 Days" is a non-fungible token, or NFT for short. That means it's a unique, purely digital asset that is stored on a blockchain, the type of ledger that powers cryptocurrencies like Bitcoin, using unique identification codes and metadata.

In other words, it's a truly one-of-a-kind digital representation of a digital asset — even if the work has been copied a million times online. It's an official claim to the ownership over the original of a given piece.

That makes it fundamentally different than a simple video or image file you could download from the internet. Since the NFT itself is unique, art collectors are hoping their NFT assets will be able to hold value. They also have hard-coded information embedded in them to always make sure the piece of art can be traced back to its rightful owner — a strong selling point in the theft-prone world of fine art.

The popularity of NFTs has skyrocketed in 2021, signaling that blockchain-based digital assets could become the ownership model of the future. Just this month, Canadian artist Grimes made over $5.8 million in just 48 hours from selling her "WarNymph" digital collection in the form of NFTs. One 50 second file went for a cool $390,000.

The fact that an NFT has now sold for five figures at one of the biggest auction houses in the world only underlines that art collectors are taking the trend more seriously than ever before.

To many, particularly those who are directly profiting off of it, the trend marks a turning point, opening the floodgates for digital artists to imbue their work with monetary value and a way to legitimately sell their work online. In fact, up until October, Beeple never made more than $100 off of a single print, according to The Verge.

"I do view this as the next chapter of art history," Winkelmann said, according to The Verge. "Now there is a way to collect digital art."

Critics of the rise of NFTs, however, question the trend and see it as monetizing hype surrounding digital art.

It might also not be as secure as it is made out to be. In exactly the same way NFTs allow artists to sell unique pieces of art, digital works can be sold off as authentic even if they aren't.

Relying on blockchain technology is also inefficient, and can be environmentally harmful.

And to many others, the NFT market will always be overshadowed by the one for physical art.

There's always the chance that this is all a fad that will go away, particularly when we're able to visit art collections and museums in person again once the pandemic eventually comes to a close.

But the immediate excitement over a new approach to art collection has already infected the minds of some very influential — and wealthy — people in the art space.

Does that mean we'll still be talking about NFTs as much as we are right now in a matter of years? That's arguably unlikely. When was the last time you heard about CryptoKitties?

READ MORE: Beeple sold an NFT for $69 million [The Verge]

Read This Next
All Tomorrow's Hackers
Grimes Says She Got Hackers to Shut Down a Blog She Didn't Like
New Baby Just Dropped
Elon Musk's New Baby's Weird Name, Explained
Sad!
Melania Trump Accused of Secretly Buying Her Own NFT to Avoid Disgrace
Greenwashing
World Wildlife Foundation Cancels NFT Project After Critics Point Out That It Was Actually a Huge Polluter
Stoking the Fire
Gaming Exec Says His Customers Are Idiots For Not Understanding How Great NFTs Are
More on Future Society
Rough
Yesterday on futurism
Elon Musk's Twitter Is Reportedly Failing Miserably to Contain Horrific Child Abuse Content
YouTube Propaganda
Yesterday on the byte
Experts Say There's Something Very Weird About North Korean YouTubers
Bird Crap
Feb 4 on the byte
It Looks Like Elon Musk Is Actually Building a Twitter Payment Platform
READ MORE STORIES ABOUT / Future Society
Keep up.
Subscribe to our daily newsletter to keep in touch with the subjects shaping our future.
+Social+Newsletter
TopicsAbout UsContact Us
Copyright ©, Camden Media Inc All Rights Reserved. See our User Agreement, Privacy Policy and Data Use Policy. The material on this site may not be reproduced, distributed, transmitted, cached or otherwise used, except with prior written permission of Futurism. Articles may contain affiliate links which enable us to share in the revenue of any purchases made.
Fonts by Typekit and Monotype.