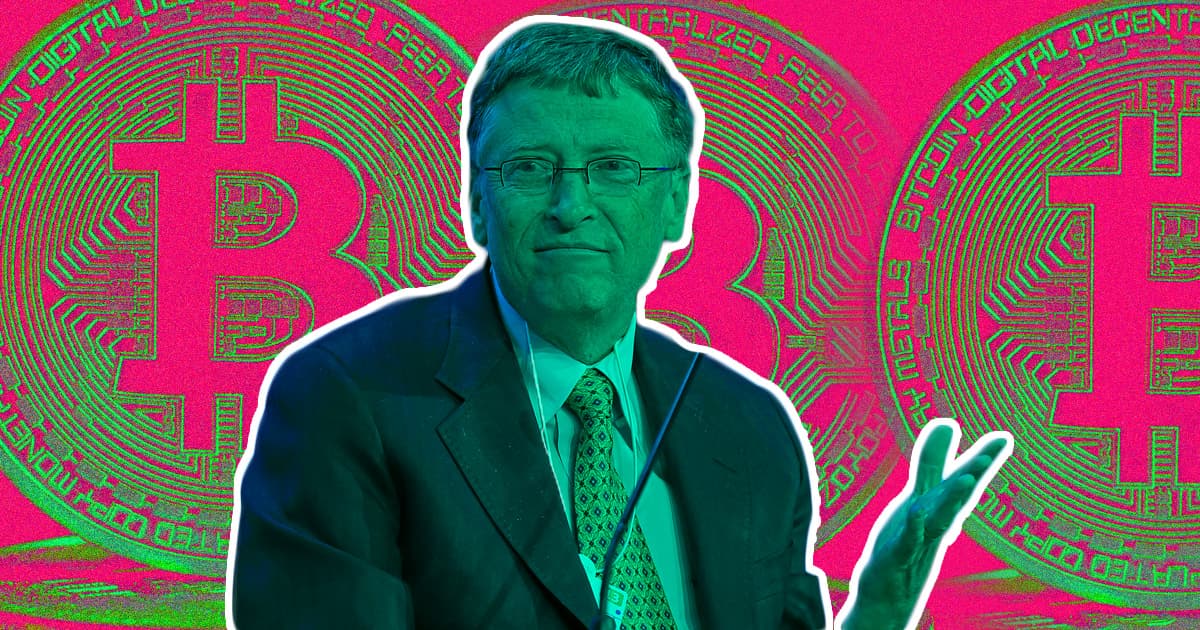 "It’s not a great climate thing."

"It’s not a great climate thing."

It's no secret that Bitcoin is a bit of a resource hog — and some of the most influential people on the planet are starting to weigh in on the issue as more and more financial institutions are starting to accept the cryptocurrency.

"Bitcoin uses more electricity per transaction than any other method known to mankind," Microsoft founder and billionaire Bill Gates told The New York Times in a recent interview.

"It’s not a great climate thing," he added.

While estimates vary, one thing is clear: mining Bitcoin is extremely resource intensive, generating as much carbon emissions globally as an entire developed country.

It's a divisive topic, with one side lauding its decentralized nature, while others dismiss it as an environmentally harmful alternative to traditional currencies that will only increase the financial sector's carbon footprint.

Many, including Twitter founder Jack Dorsey, are now looking for greener alternatives — because right now there really aren't any.

But that might change soon. For instance, Ethereum, one of the largest Bitcoin alternatives, is hoping to switch to a more sustainable mining model.

Even Gates could be convinced.

"If it’s green electricity and it’s not crowding out other uses, eventually, you know, maybe that’s OK," he told the Times.

READ MORE: Why Bill Gates Is Worried About Bitcoin [The New York Times]

More on bitcoin: Bill Gates: You Should Probably Not Follow Elon Musk ‘To The Moon’ On BTC